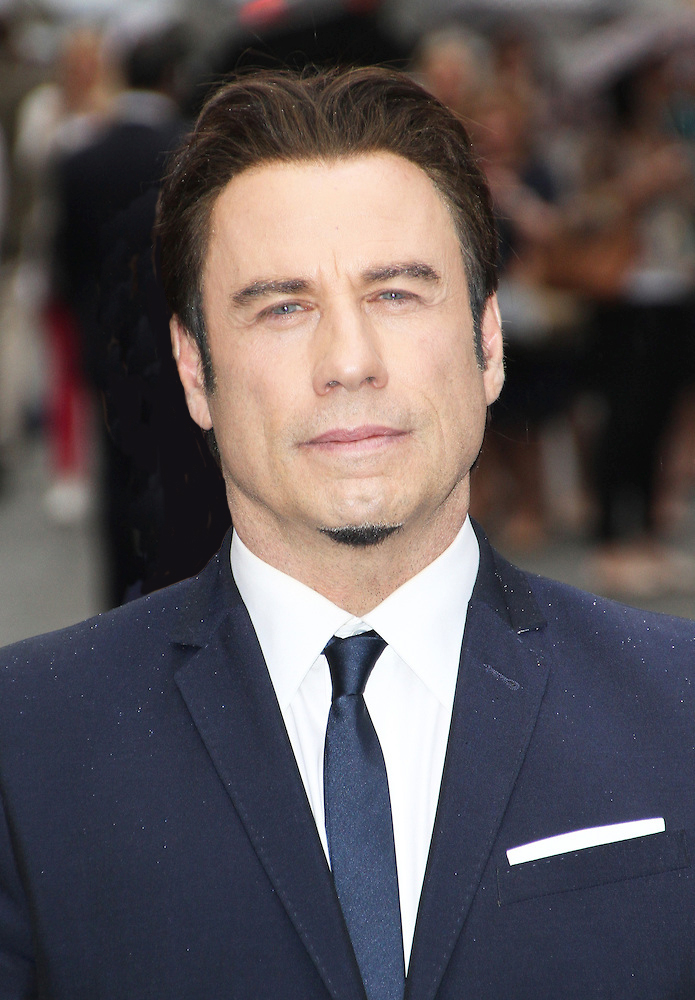 "John Joseph Travolta" is an American actor, dancer, and singer.

Travolta first became known in the 1970s, after appearing on the television series Welcome Back, Kotter and starring in the box office successes Saturday Night Fever and Grease (film)/Grease. Travolta's acting career declined through the 1980s.

His career enjoyed a resurgence in the 1990s with his role in Pulp Fiction, and he has since continued starring in more recent films such as Face/Off, Swordfish (film)/Swordfish, and Wild Hogs. Travolta was nominated for the Academy Award for Best Actor for Saturday Night Fever and Pulp Fiction. He won the Golden Globe Award for Best Actor - Motion Picture Musical or Comedy for his performance in Get Shorty (film)/Get Shorty. In 2014, he has received the IIFA Awards/IIFA Award for Outstanding Achievement in International Cinema at the 15th IIFA Awards held at the Raymond James Stadium in Tampa, Florida, in the United States.[http://movies.ndtv.com/bollywood/iifa-2014-john-travolta-kevin-spacey-star-in-bollywood-oscars-515136 IIFA 2014: John Travolta, Kevin Spacey star in 'Bollywood Oscars' - NDTV]

If you enjoy these quotes, be sure to check out other famous actors! More John Travolta on Wikipedia.

You just activated a nuclear warhead, my friend.

I called my son Jett and I wanted to call my daughter Qantas but my wife wouldn't let me. 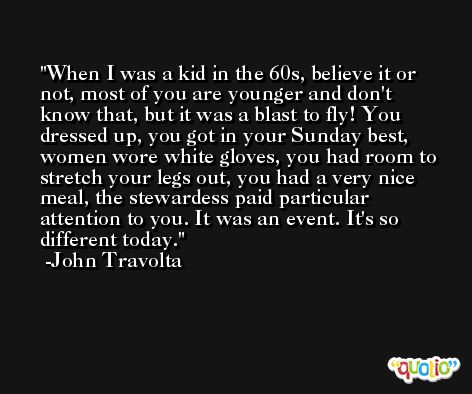 I wanted my own little airliner in the backyard, ... I'd have my girlfriends use their Brownie uniforms to be the flight attendants, and I was the captain and they would have to pretend they were serving people. 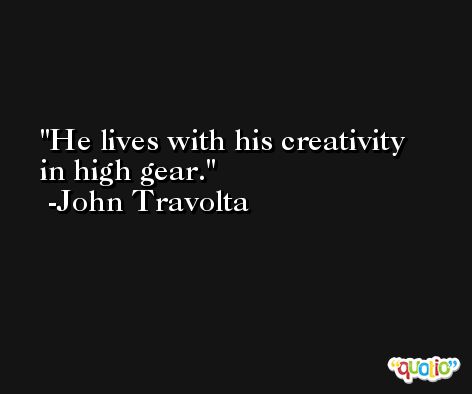 We really had a commitment to the firefighters to finally get this movie right. Especially after September 11. We really wanted to put our best foot forward and kind of leave our egos at the door and really be what these guys are, which are a lot of selfless wonderful men and women that want to help.

We'd use IVF. It's not a big deal any more. Children are such a joy. 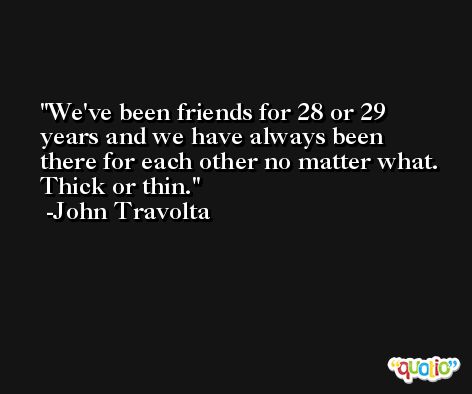