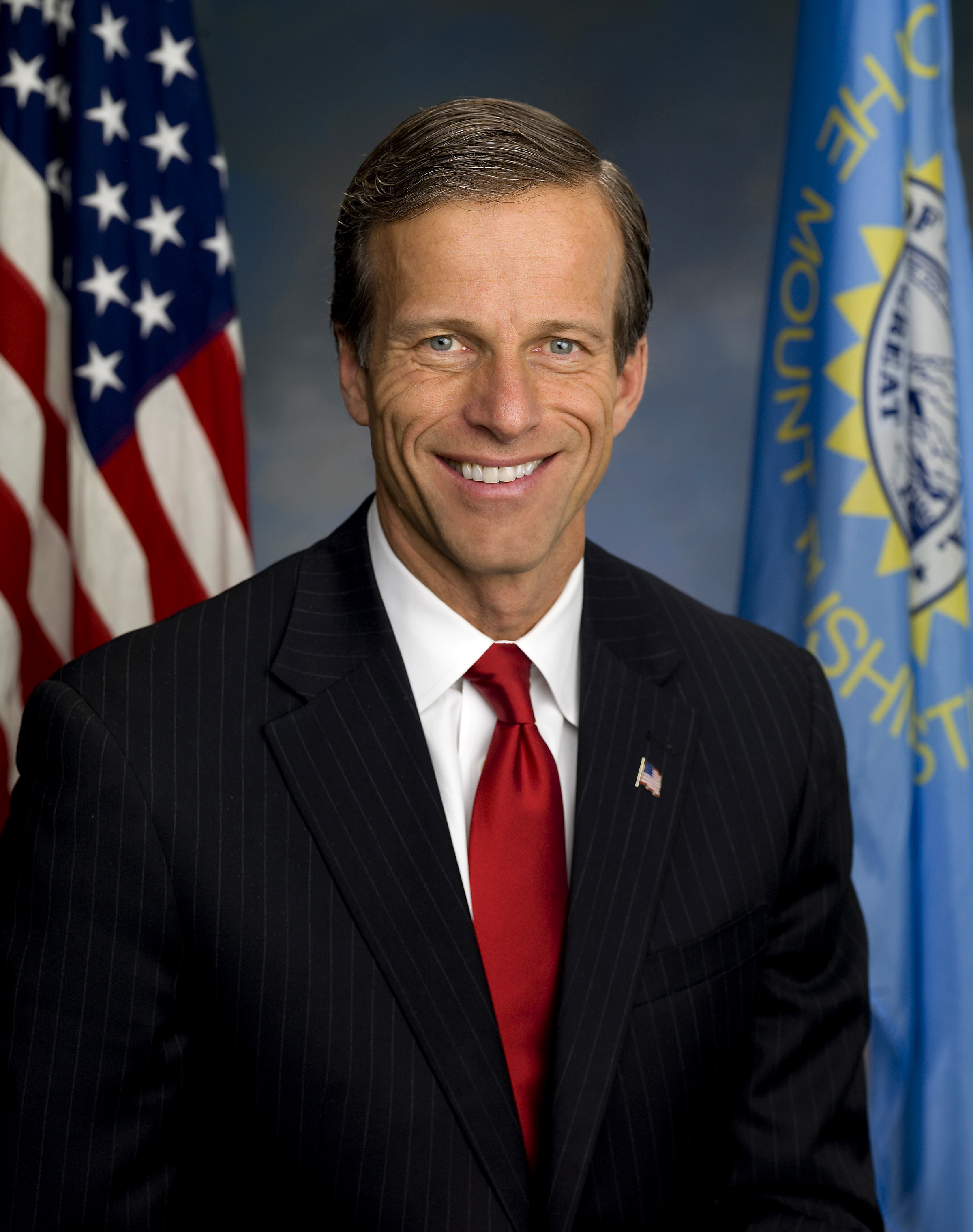 If you enjoy these quotes, be sure to check out other famous politicians! More John Thune on Wikipedia.

We must work together to save and strengthen Social Security not just for my father's generation but also for my daughters' generation.

We must ensure that today's seniors' benefits are rock solid and find a solution that fixes Social Security for the next generation that is just entering the workforce. 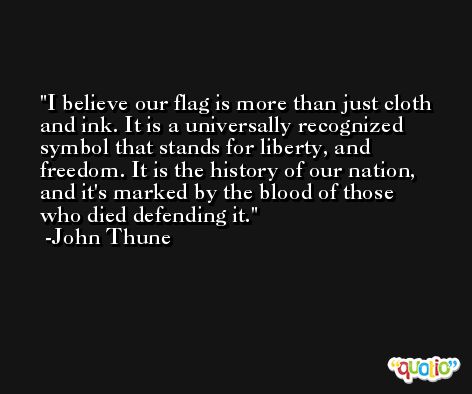 We need to stop the quibbling, the partisan games, and political brinkmanship to find a solution that saves and strengthens Social Security for the future. 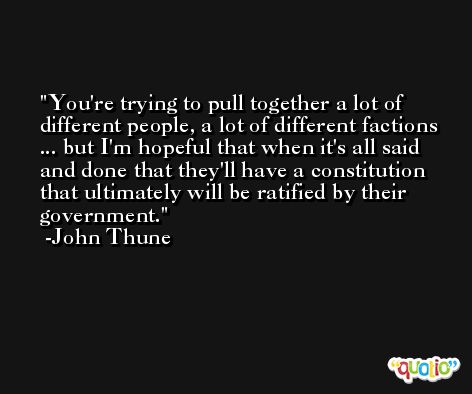 There is no indication that there was any certainty about when this will happen. And to me it sounds like a bunch of bureaucratic mumbo jumbo about the process that they have in that country [Japan}.

Ethanol reduces our dependence on foreign sources of oil and is an important weapon in the War on Terror. By investing in South Dakota's ethanol producers, we will strengthen our energy security and create new jobs. 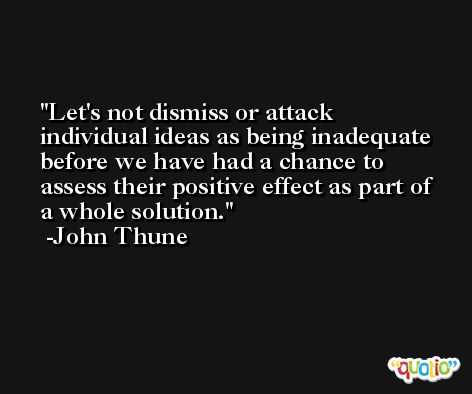