Olive was an assistant coach at Villanova under Rollie Massimino, from 1985–1992, during which Villanova won the 1985 NCAA Championship. He was named head coach at Loyola Marymount in 1992, where he served for five seasons.

Higgins is pompous, a braggart, egocentric. He makes a clear statement at the beginning that he stands alone, he's independent, he doesn't need anybody. What he doesn't count on is how attached he is going to be to her (Doolittle). That's what appeals to the audience — seeing this guy who is a pompous ass really humiliate himself.

They're long, athletic and they create chaos on the defensive end. 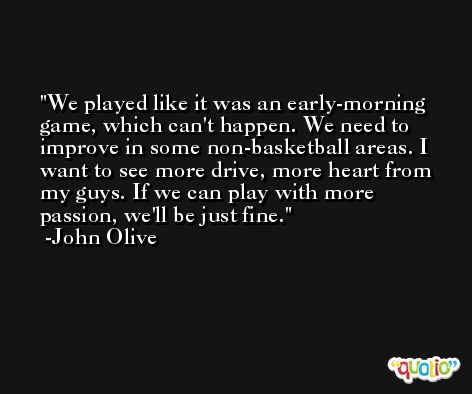 The mark of a good musical is songs that leave the audience humming as they leave the theater, and this certainly has that.