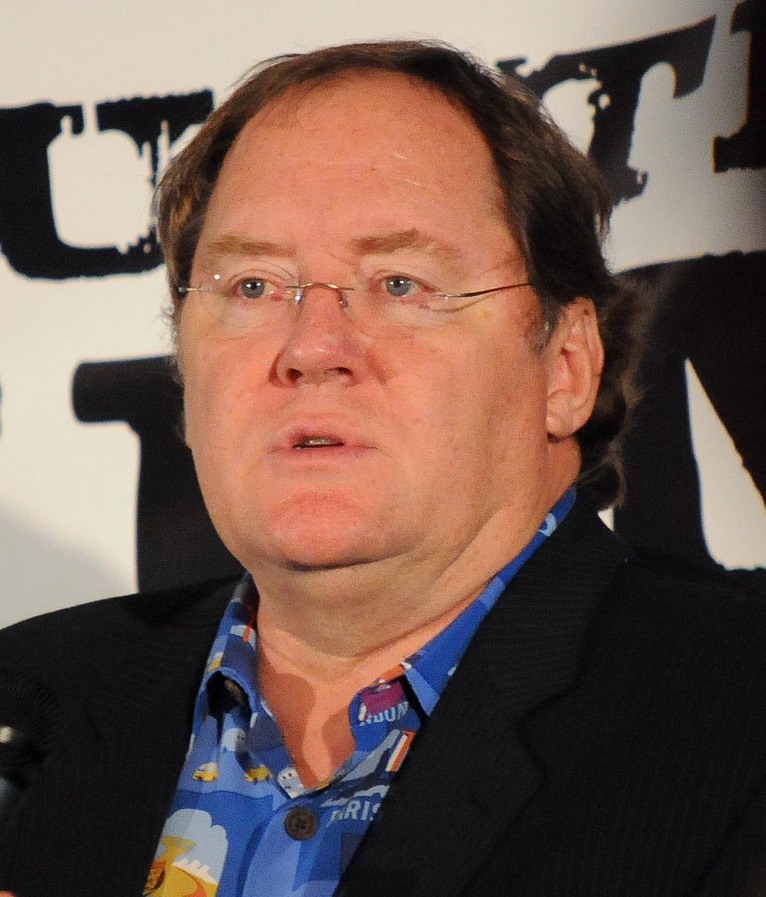 "John Alan Lasseter" is an

Lasseter began his career as an animator with The Walt Disney Company. After being fired from Disney for promoting computer animation, he joined Lucasfilm, where he worked on the then-groundbreaking use of Computer-generated imagery/CGI animation. The Graphics Group of the Computer Division of Lucasfilm was sold to Steve Jobs and became Pixar in 1986. Lasseter oversees all of Pixar's films and associated projects as executive producer. In addition, he directed Toy Story (1995), A Bug's Life (1998), Toy Story 2 (1999), Cars (film)/Cars (2006), and Cars 2 (2011). Since 2007, he also oversees all of Walt Disney Animation Studios' (and its division, DisneyToon Studios') films and associated projects as executive producer.

If you enjoy these quotes, be sure to check out other famous directors! More John Lasseter on Wikipedia.

I promise you we will make films that entertain you the moment the lights go down. We're making Disney the one place you have to work (as an animator).

I am so proud to be part of this company... again. 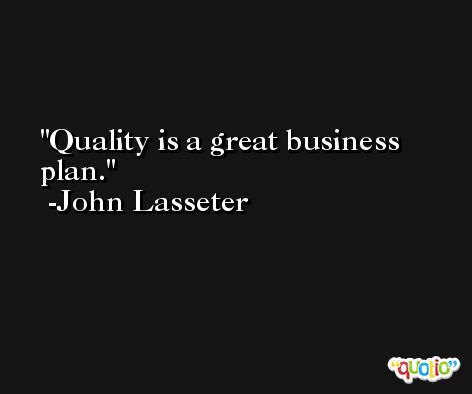 Every animator is a toy nut.

A simple rule of thumb is that the more geometric something is, ... the easier it is to reproduce on a computer. The more organic something is, the more difficult it is to reproduce on computer. And so, hence, 'Toy Story' was the perfect story for our first film -- man-made world, man-made environment, flat floors. 'A Bug's Life,' there is nothing geometric about this movie. 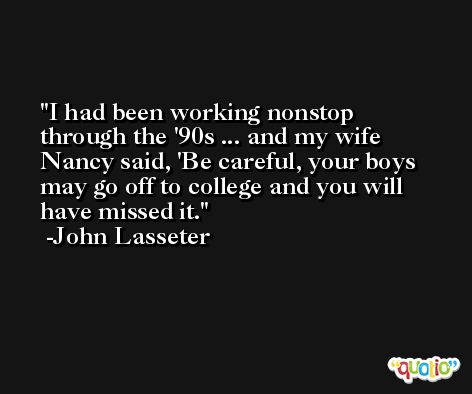 He has been a tremendous influence on my career and on most animators and animation directors around the world.