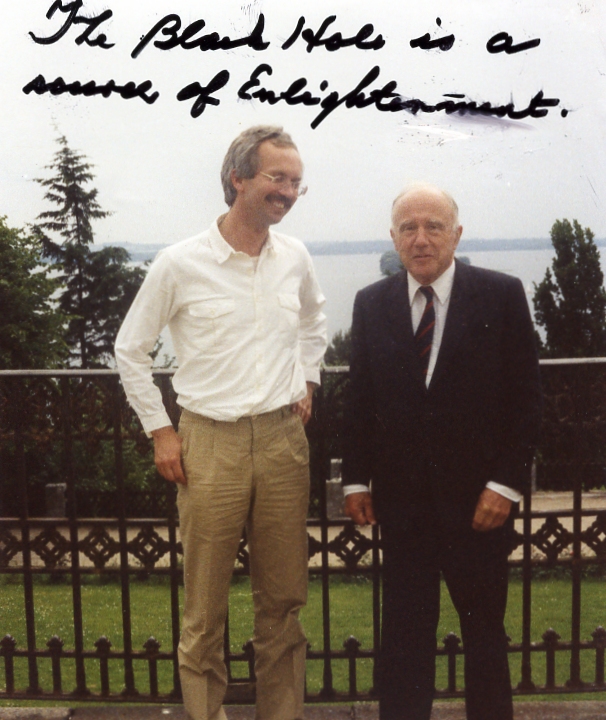 "John Archibald Wheeler" was an American theoretical physicist. He was largely responsible for reviving interest in general relativity in the United States after World War II. Wheeler also worked with Niels Bohr in explaining the basic principles behind nuclear fission. Together with Gregory Breit, Wheeler developed the concept of Breit–Wheeler process. He is also known for popularizing the term "black hole", for coining the terms "neutron moderator", "quantum foam", "wormhole", and "it from bit", and for hypothesizing the "one-electron universe".

Wheeler earned his doctorate at Johns Hopkins University under the supervision of Karl Herzfeld, and studied under Breit and Bohr on a National Research Council (United States)/National Research Council fellowship. In 1939 he teamed up with Bohr to write a series of papers using the liquid drop model to explain the mechanism of fission. During World War II, he worked with the Manhattan Project's Metallurgical Laboratory in Chicago, where he helped design nuclear reactors, and then at the Hanford Site in Richland, Washington, where he helped DuPont build them. He returned to Princeton after the war ended, but returned to government service to help design and build the hydrogen bomb in the early 1950s.

If you enjoy these quotes, be sure to check out other famous physicists! More John Archibald Wheeler on Wikipedia.

I had a picture of a seven-year-old throwing a Frisbee around on the grass but it's treated as a spiritual place.

It was the defining event and remains a thousand degrees hot. 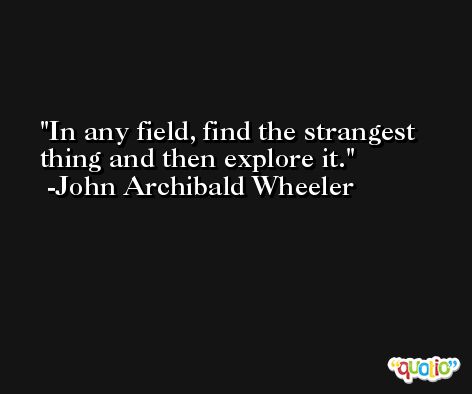 We live on an island surrounded by a sea of ignorance. As our island of knowledge grows, so does the shore of our ignorance.