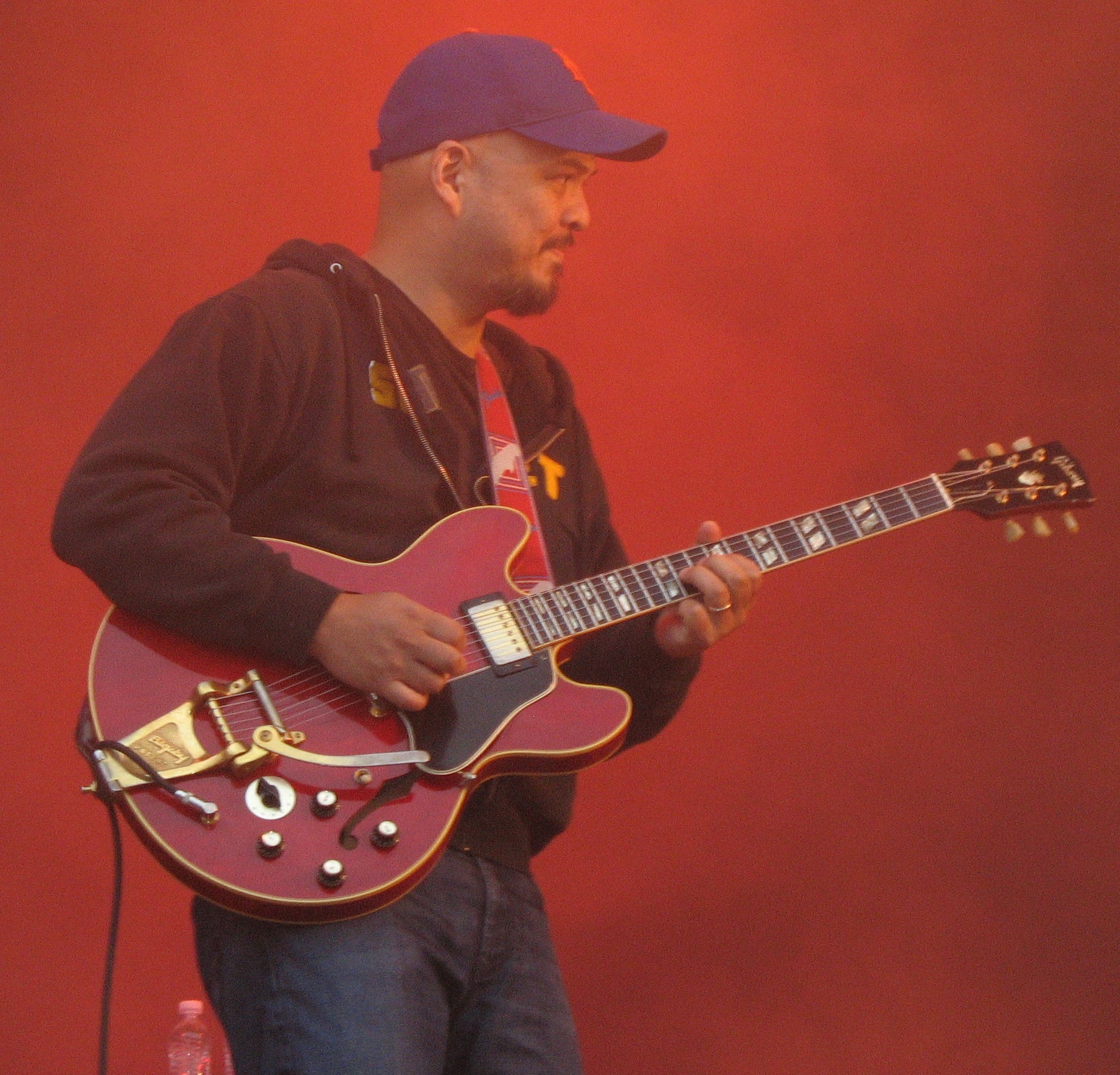 "Joseph Alberto "Joey" Santiago" is a Filipino-American guitarist and composer. Active since 1986, Santiago is best known as the lead guitarist for the American alternative rock band the Pixies. After the band's breakup in 1993, Santiago produced musical scores for film and television documentaries, and he formed The Martinis with his wife, Linda Mallari. He also contributed to albums by Charles Douglas (musician)/Charles Douglas and former Pixies band-mate Frank Black. Santiago resumed his role as the Pixies' lead guitarist when they reunited in 2004.

Santiago has described his guitar technique as "angular and bent", and he cites Les Paul, George Harrison, Chet Atkins, Wes Montgomery, Joe Pass and Jimi Hendrix as major influences on his style. His guitar playing, as part of the Pixies' sound, was held in high regard by critics: MTV's Laurel Bowman commented that Santiago's "sonic plow was the key element in the Pixies' monstrous presence".

If you enjoy these quotes, be sure to check out other famous musicians! More Joey Santiago on Wikipedia.

It's easy. You draw a red line on the ground, right? Then you wait for a chicken to come along. When he arrives, he puts his beak right on the line and he's hypnotized! 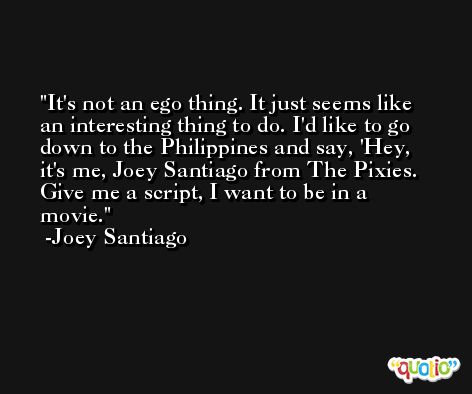 You flip a coin and you lie in bed and that's a long good-bye - you know?

When you meet your friends, especially, you notice how different you are. Everything from your clothing to the places you like to hang out. The other night a friend of mine said, 'So Mr. Rock Star how come you haven't been keeping in touch?' And I thought, 'Sod that! You haven't written to me either'. 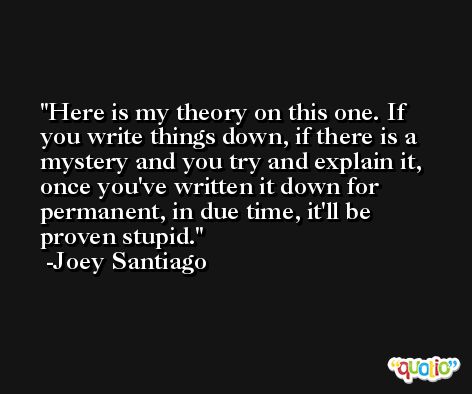 I was basically eking it out. (The reunion) couldn't have come at a better time.

Am I right in thinking people come and ask us (America) for help or do we just do it? I don't know a lot about foreign policy. 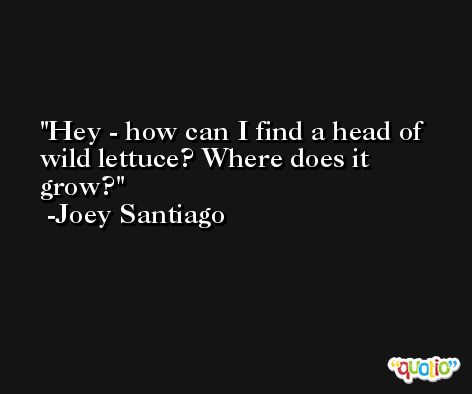