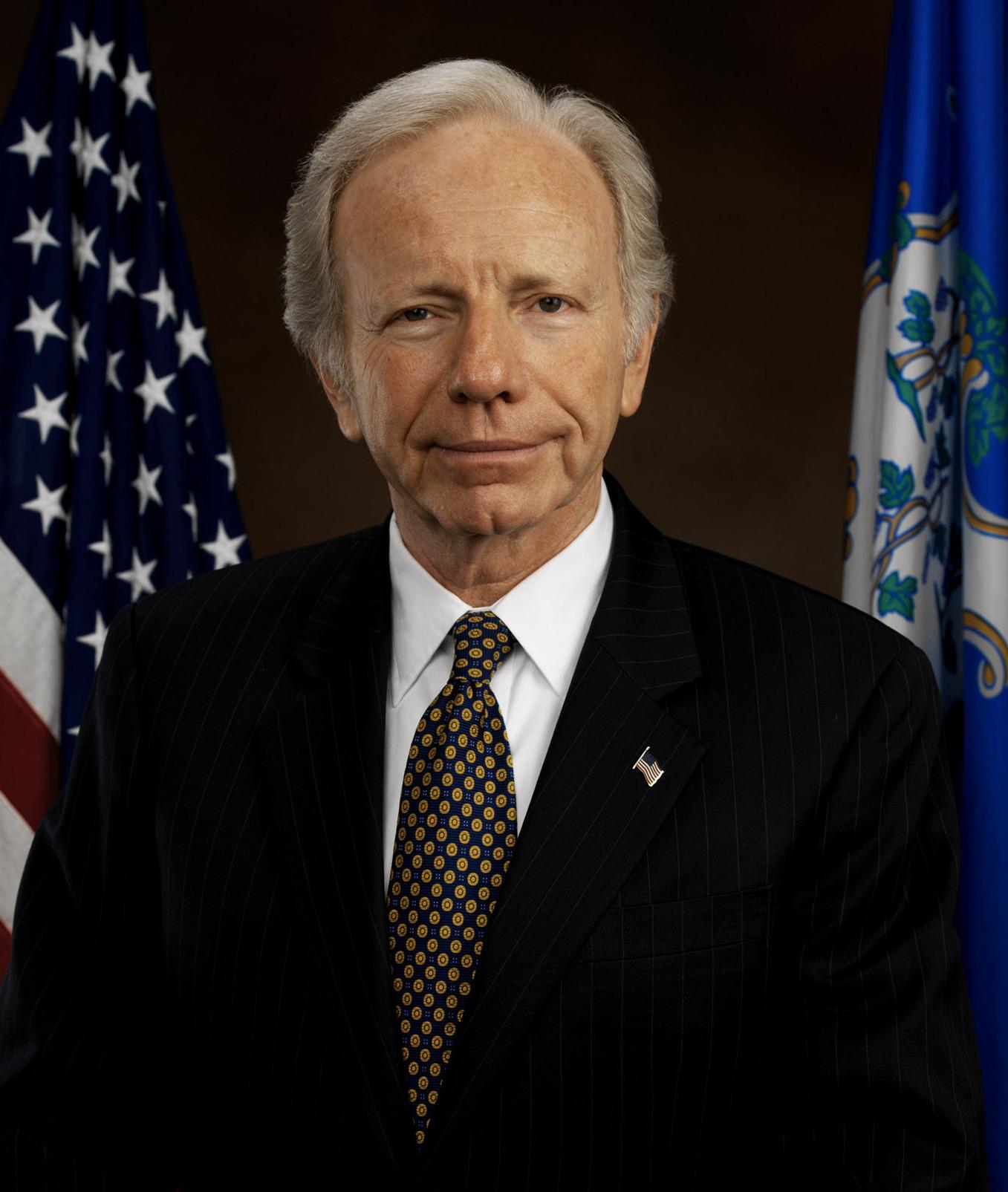 If you enjoy these quotes, be sure to check out other famous politicians! More Joe Lieberman on Wikipedia.

I am thrilled that Congress has received the President's report accepting the recommendation of the BRAC Commission to keep Submarine Base New London open, ... This is an enormous victory not only for Connecticut, but for our national security.

We must do what is necessary do help the victims of this terrible tragedy, but we should make sure it is done in a way that does not add onto the already mounting debt, ... The best way to do this . 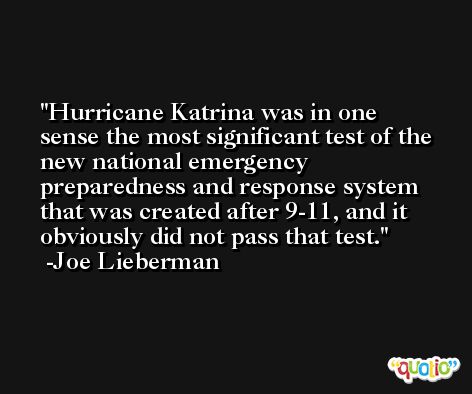 We're going to look back at Katrina as a turning point. We need the military, because of its extraordinary capabilities, to be ready to play a much more active role. I don't think it's going to be that difficult from a congressional point of view.

We need to be better prepared, ... Late Edition. 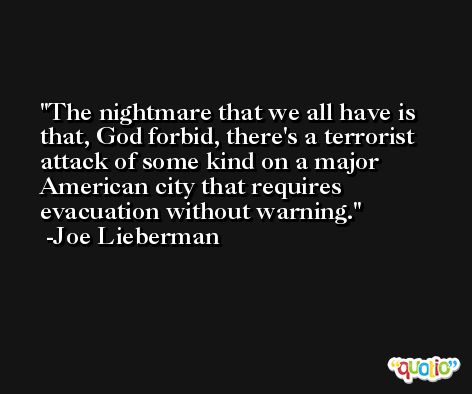