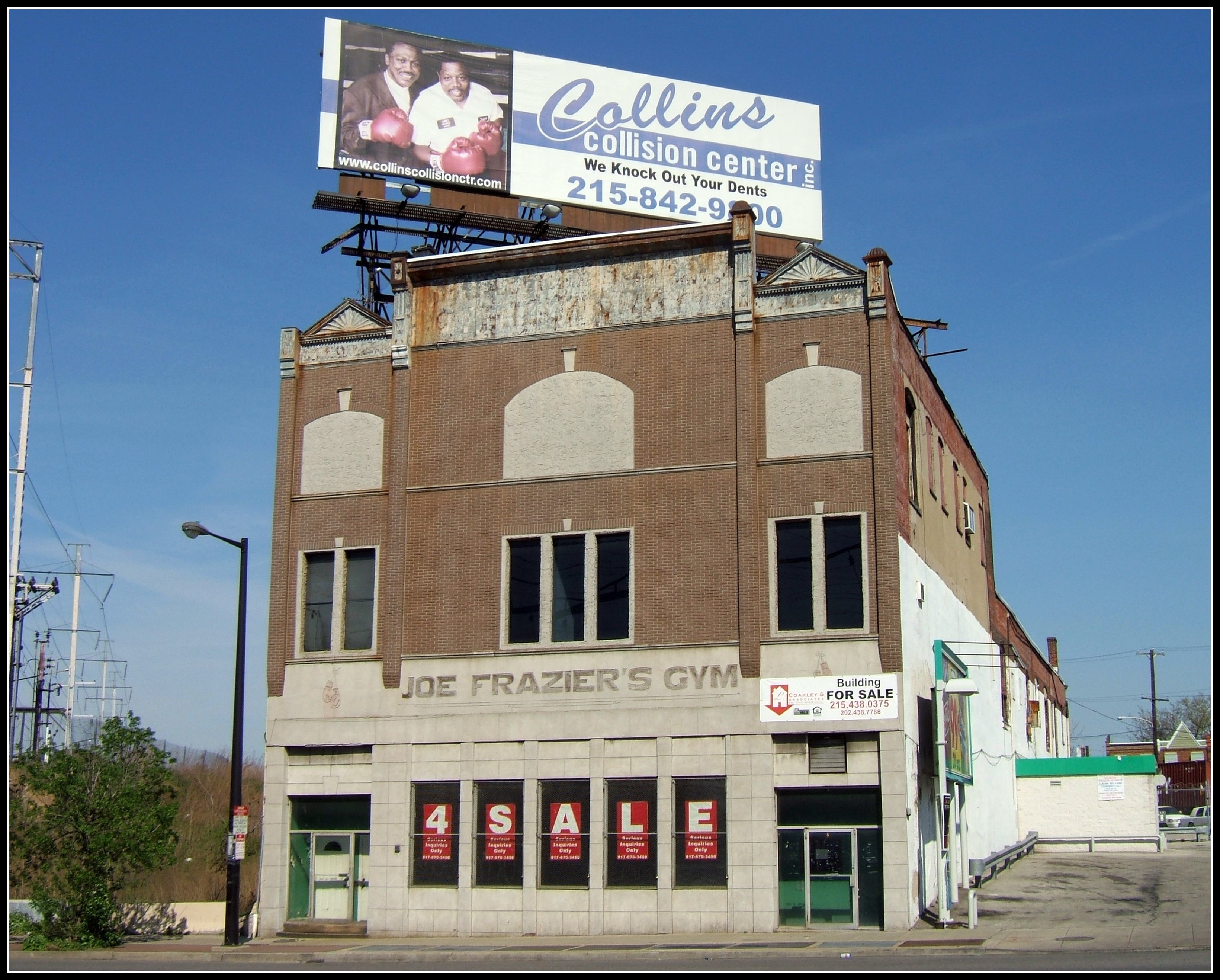 "Joseph William" ""Joe"" "Frazier", also known as "Smokin' Joe", was an Americans/American professional Boxing/boxer, Boxing at the Summer Olympics/Olympic gold medalist and List of undisputed boxing champions/Undisputed World Heavyweight Champion, whose professional career lasted from 1965 to 1976, with a one-fight comeback in 1981.

Frazier emerged as the top contender in the late 1960s, defeating opponents that included Jerry Quarry, Oscar Bonavena, Buster Mathis, Eddie Machen, Doug Jones (boxer)/Doug Jones, George Chuvalo and Jimmy Ellis en route to becoming Undisputed Heavyweight Champion in 1970, and followed up by defeating Muhammad Ali by unanimous decision in the highly anticipated "Fight of the Century" in 1971. Two years later Frazier lost his title when he was knocked out by George Foreman. He fought on, beating Joe Bugner, losing a Ali-Frazier II/rematch to Ali and beating Quarry and Ellis again.

If you enjoy these quotes, be sure to check out other famous athletes! More Joe Frazier on Wikipedia.

He's good. I think he's still a young man. If he stays here and works with us on the basics, we'll make him better than good.

We got it on, ... The fight itself was a tough fight for both of us. It was hard. 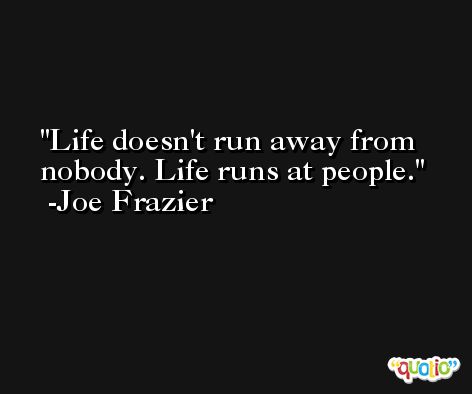 This is just another man, another fight, another payday.

Boxing is the only sport you can get your brain shook, your money took and your name in the undertaker book. 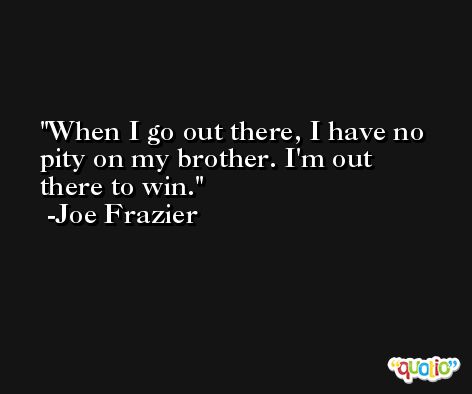 Kill the body and the head will die.

We were really making an effort.