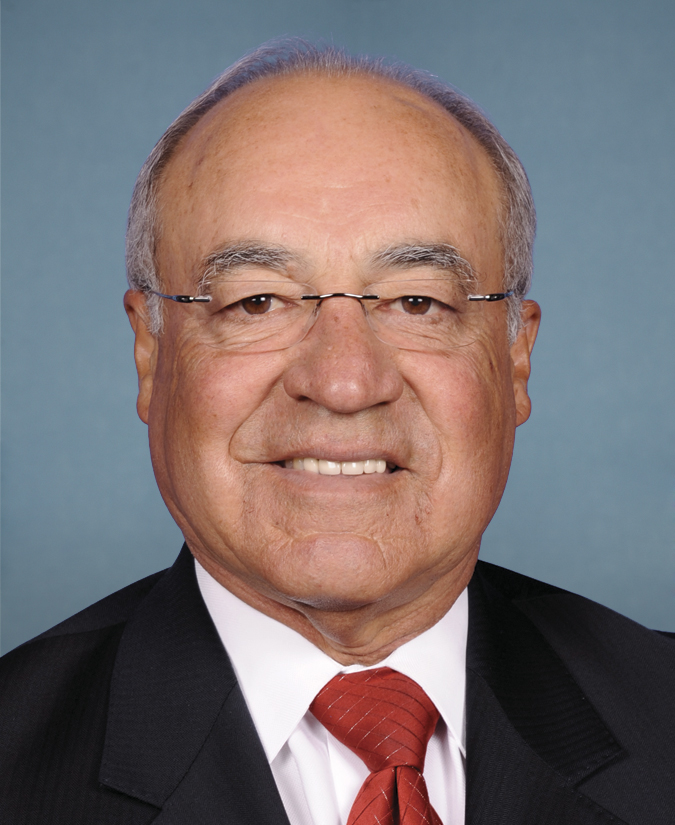 "Joe Natalio Baca" was a United States House of Representatives/U.S. Representative, last serving . He is a member of the Democratic Party (United States)/Democratic Party. The district, numbered as the 42nd from 1999 to 2003, is located in southwestern San Bernardino County, California/San Bernardino County and includes Fontana, California/Fontana, Rialto, California/Rialto, Ontario, California/Ontario and parts of the city of San Bernardino, California/San Bernardino. After redistricting, he decided to run in the new, adjacent 35th congressional district, where he faced fellow Democrat Gloria Negrete McLeod (due to California's "top two" primary system). On November 6, 2012, Baca lost his seat by a margin of 55.7% to 44.3%. He ran again United States House of Representatives elections in California, 2014#District 31/in 2014 but came fifth with 11.2%. He subsequently announced that he was running for Mayor of Fontana, California/Fontana. He lost in a landslide and subsequently announced his retirement from politics.

If you enjoy these quotes, be sure to check out other famous politicians! More Joe Baca on Wikipedia.

It has to end. Our students need to feel safe in school, ... Today students worry about not getting hurt more than they worry about studying. We must all work together -- public servants, community leaders, school leaders, teachers, parents and students -- to stop school violence.

I've made a lot of friends. The Garber people expect a lot more than the Billings people. We have a better chance to win here. We have more athletes. There's a lot more competition. 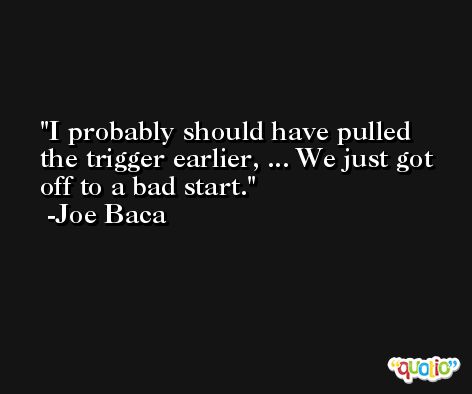 Those numbers are outrageous, ... We need to let the Department of Education know that we need funds to support preventive programs. It's always the same schools that apply and receive funding. Well, that's going to end. Local schools will receive federal money to be spent on these needed programs.

I told everyone to step up their games at halftime. We tend to get down on ourselves, but we didn't let that happen this time. 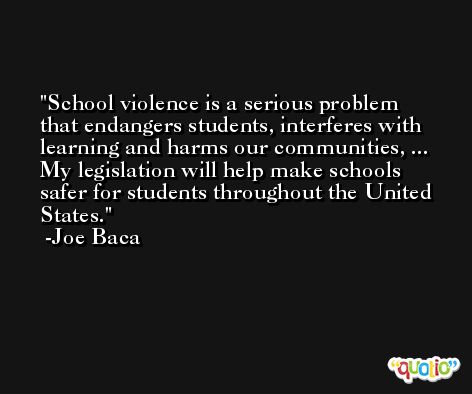 It was in good fun, ... They got to gloat but we're still in the majority.