"Joseph J. Andrew" in an American politician and lawyer. He was National Chairman of the Democratic National Committee (DNC) from 1999 to 2001. He served with DNC General Chairman Ed Rendell. Asked to serve by President Bill Clinton, Andrew became, at the age of 39, one of the youngest chairpersons in the history of the DNC. He later served as Chairman of the New Democratic Network, and in 2006 helped to found The Blue Fund, a mutual fund which invests in companies that contribute to United States Democratic Party/Democratic campaigns.

During the Democratic Party (United States) presidential primaries, 2008/2008 Democratic Presidential nominating contest he was one of the first to endorse Senator Hillary Clinton in November 2007. However, on May 1, 2008, he switched his endorsement from Clinton to Senator Barack Obama.

If you enjoy these quotes, be sure to check out other famous public servants! More Joe Andrew on Wikipedia.

He grabbed that rail, ... He just hadn't realized that we had switched on the electricity yet, and that's what we're going to do with this television ad as well.

Voters can now check how many times Bush resorts to canned remarks. 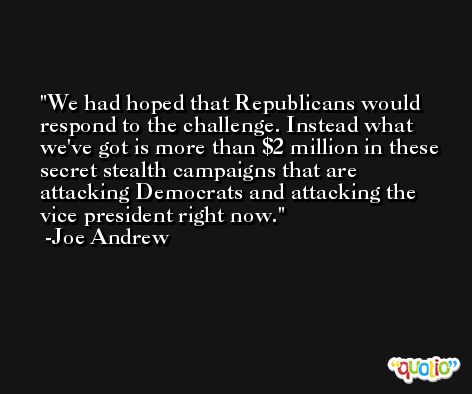 I'm glad that by working together we were able to come up with a suitable location for her fund-raiser.

This will multiply what we've done before and turn up the volume. 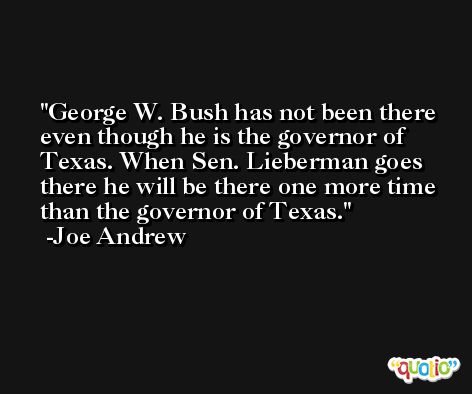 The Democratic Party is on the move across the country. Voters are responding to our message of progress and fiscal responsibility.

George W. Bush has not stood up and said that he's ready to talk about this issue, an issue that is truly worthy of debate. It's a call to action. 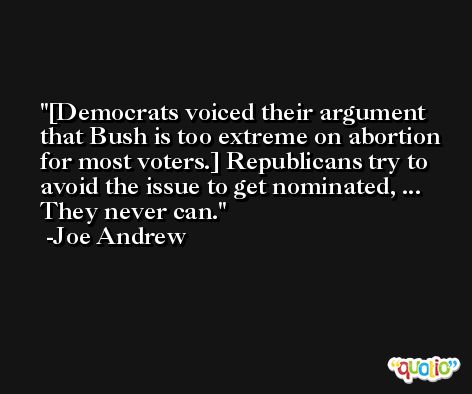