Carter, raised in rural Georgia, was a peanut farmer who served two terms as a Georgia Senate/Georgia State Senator and one as the List of Governors of Georgia/Governor of Georgia, from 1971 to 1975. He United States presidential election, 1976/was elected President in 1976, defeating incumbent president Gerald Ford in a relatively close election, running as an outsider who promised truth in government in the wake of the Watergate scandal. He is the second oldest (after George H. W. Bush) of America's four living former presidents.

If you enjoy these quotes, be sure to check out other famous presidents! More Jimmy Carter on Wikipedia.

Unless both sides win, no agreement can be permanent.

Republicans are men of narrow vision, who are afraid of the future. 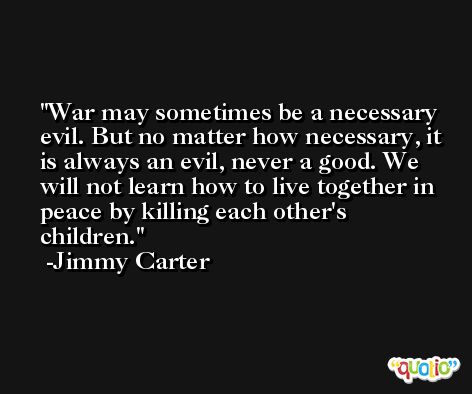 It is good to realize that if love and peace can prevail on earth, and if we can teach our children to honour nature's gifts, the joys and beauties of the outdoors will be here forever.

America did not invent human rights. In a very real sense, it is the other way around. Human rights invented America. 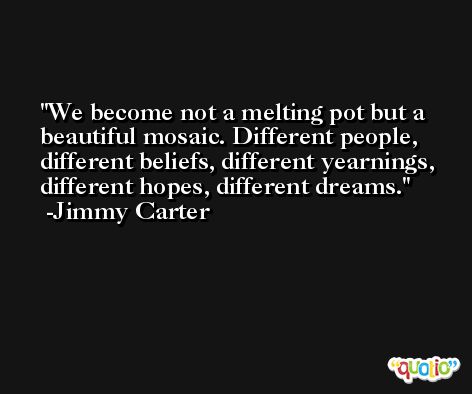 We should live our lives as though Christ were coming this afternoon.

We must make it clear that a platform of 'I hate gay men and women' is not a way to become president of the United States. 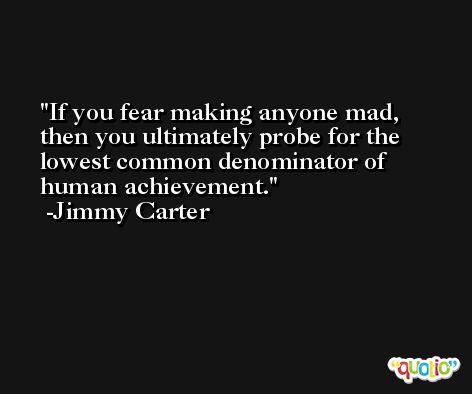 The measure of a society is found in how they treat their weakest and most helpless citizens. As Americans, we are blessed with circumstances that protect our human rights and our religious freedom, but for many people around the world, deprivation and persecution have become a way of life.

Our American values are not luxuries but necessities, not the salt in our bread, but the bread itself. Our common vision of a free and just society is our greatest source of cohesion at home and strength abroad, greater than the bounty of our material blessings. 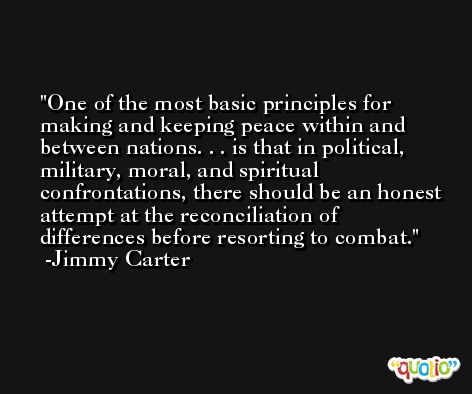