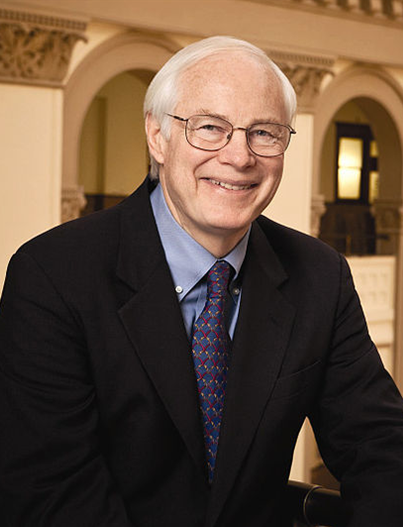 Leach was the John L. Weinberg Visiting Professor of Public and International Affairs at the Woodrow Wilson School of Princeton University. He also served as the interim director of the Institute of Politics at the John F. Kennedy School of Government at Harvard University from September 17, 2007, to September 1, 2008, when Bill Purcell (mayor)/Bill Purcell was appointed permanent director.

If you enjoy these quotes, be sure to check out other famous politicians! More Jim Leach on Wikipedia.

North Korea clearly at this time wants to retain a right to have a nuclear program of one kind or another.

If we have a change in relations, it is my personal view that Korean-Americans, Koreans in Germany, throughout Europe and throughout the rest of Asia, will do more to facilitate trade for North Korea than any group of individual companies or government programs. 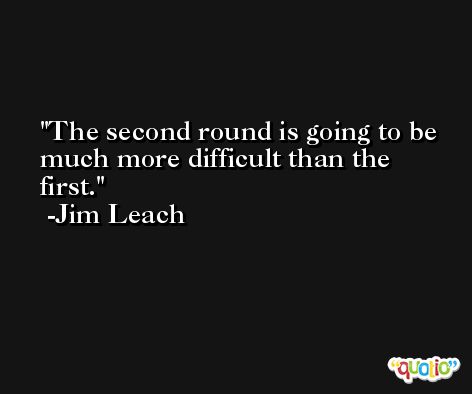 They of course did (insist on a light-water reactor) and that of course is the stickiest part of any discussions.

This administration's tough policies had certain advantages in dealing with this Congress on the huge changes in law that would be necessary if there were a change of policies for North Korea. 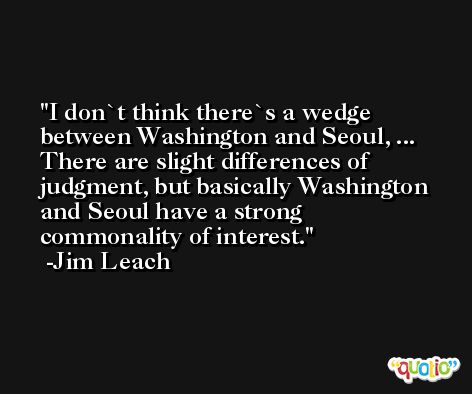 The trust has broken down. It will take some time to change attitudes and attitudes are going to be needed to develop trust.

A delay does not serve well the North Korean people. 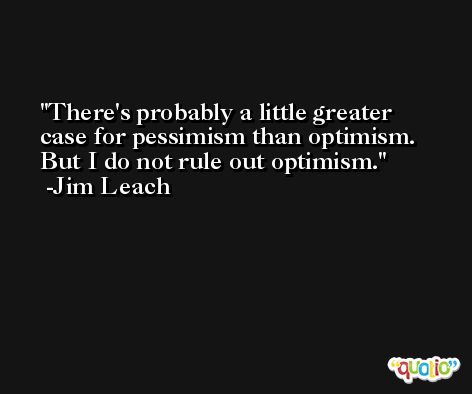