"Earling Carothers "Jim" Garrison" – who changed his first name to "Jim" in the early 1960s – was the District Attorney of Orleans Parish, Louisiana, from 1962 to 1973. A member of the Democratic Party (United States)/Democratic Party, he is best known for his investigations into the John F. Kennedy assassination/assassination of President John F. Kennedy. He was played by Kevin Costner in Oliver Stone's JFK (film)/JFK.

If you enjoy these quotes, be sure to check out other famous public servants! More Jim Garrison on Wikipedia.

It's a lot of hard work. You've got to invest yourself, physically and mentally and financially. You have to be a self-starter. 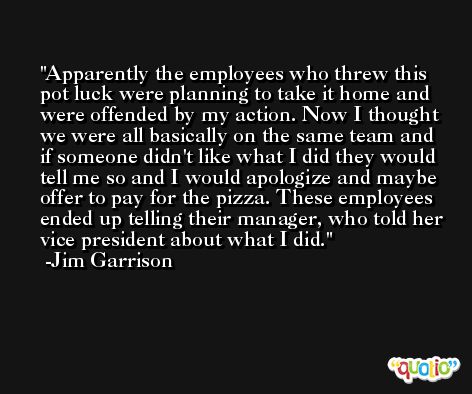