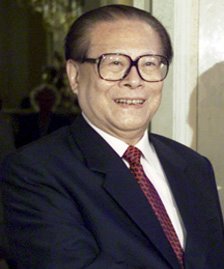 "Jiang Zemin" is a retired Chinese politician who served as General Secretary of the Communist Party of China from 1989 to 2002, as Chairman of the Central Military Commission from 1989 to 2004, and as President of the People's Republic of China from 1993 to 2003. Jiang has been described as the "core of the Generations of Chinese leadership/third generation" of Communist Party of China/Communist Party leaders since 1989. Also, his long career and political prominence have led to him being "paramount leader" of China.

Jiang Zemin came to power following the Tiananmen Square protests of 1989, replacing Zhao Ziyang as General Secretary of the Communist Party of China/General Secretary, the highest office within the Communist Party of China. With the waning influence of Deng Xiaoping and the other members of Eight Elders due to old age — and with the help of old and powerful party and state leaders, elder Chen Yun and former President Li Xiannian — Jiang effectively became the "paramount leader" in the 1990s.

If you enjoy these quotes, be sure to check out other famous leaders! More Jiang Zemin on Wikipedia.

It takes two hands to clap. 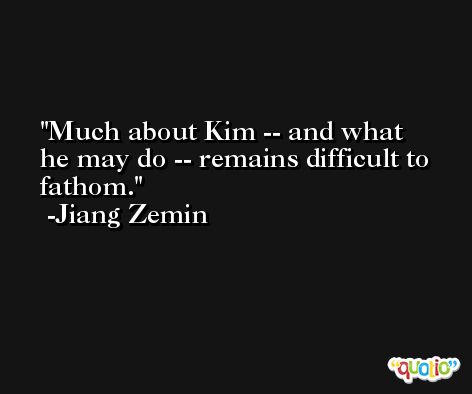 Our army is the people's army that is under the absolute leadership of the party.

Resolutely nipped in the bud. 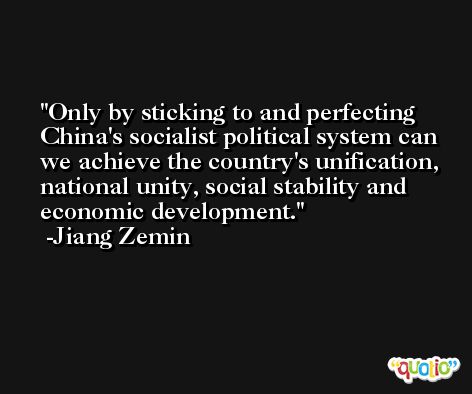 It is the common aspiration of the international community to safeguard the Security Council's authority when dealing with significant issues like the Iraq issue.

It shoulders the holy task of maintaining the security and unity of the state -- and provides an important guarantee for the task of building a comprehensive, well-off society. 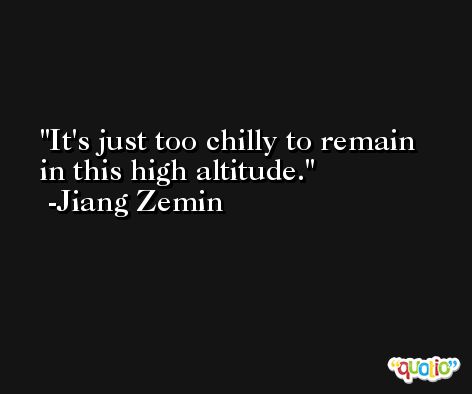