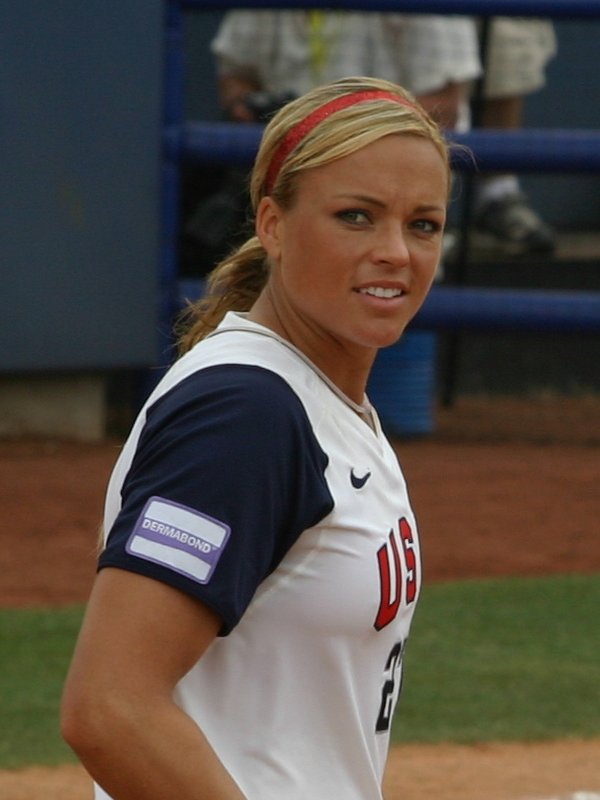 "Jennie Lynn Finch", who occasionally uses Casey Daigle/her husband's surname "Daigle", is an United States/American, former collegiate All-American, right-handed hitting softball pitcher and first-baseman originally from La Mirada, California. She pitched for the Arizona Wildcats, the United States women's national softball team/USA national softball team and the Chicago Bandits. Finch won the 2001 Women's College World Series and helped lead Team USA to the gold medal at the 2004 Summer Olympics and a silver medal at the 2008 Summer Olympics. Time (magazine)/Time magazine described her as the most famous softball player in history. In 2010, Finch retired from softball to focus on her family. In August 2011 she started work as a color analyst for ESPN doing National Pro Fastpitch and college softball games.[http://www.profastpitch.com/news/index.html?article_id=1667 profastpitch.com: News]

Everything has gone beyond my expectations. I've had a great summer, and the fans have been tremendous. Chicago has taken us in and has been great.

I try to stay as low-key as possible, watch him pitch and eat some peanuts. If one person figures it out, they all do. 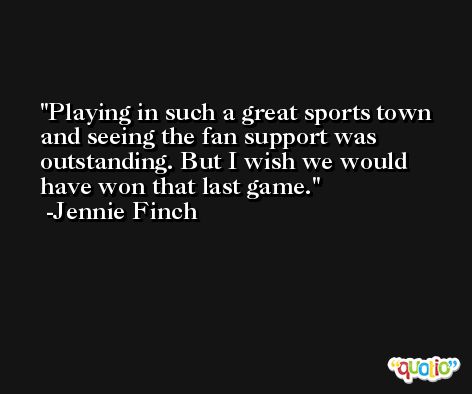 I threw her a changeup low and she got to it. I probably shouldn't have followed a curve with a changeup.

Lord willing, I'll be back. Casey is thrilled, and from Day 1 [of their marriage], he couldn't wait to be a father. 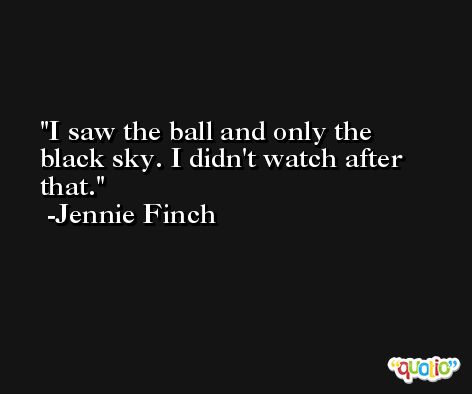 I was just battling the at-bat before. I wasn't being patient or selective. I was a little too aggressive.