They could not get the ball in the basket in the last five minutes and we were able to capitalize.

That's the best we've played on the road for 40 minutes this season. 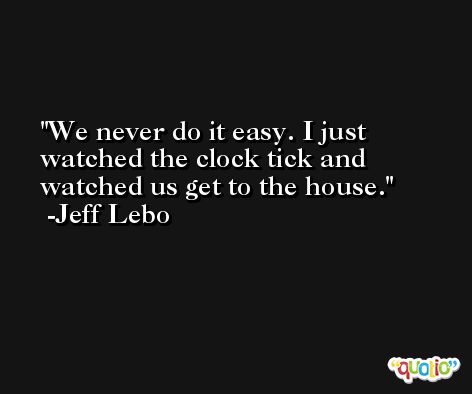 Wednesday was big for our confidence. Everybody contributed. Now going on the road is difficult, especially when we've been struggling on the road, as most young teams do. We need to have something good happen for us early in the game. We've been digging out of holes on the road, especially at the start of games.

If we go down there with our head between our tails, it could get real ugly real fast. It was a hard thing to take, a frustrating thing to take. We have to move on from that. 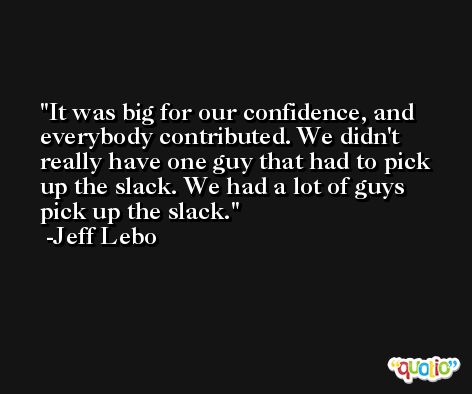 They're all going to have to pick up the slack. We're just so limited, especially inside.

He's shooting the ball better; he's rebounding the ball, finally. He's taking care of the ball and doing a better job of being a leader. He's been vocal and that's not his nature. We asked him to come out of his comfort level and he's done that. 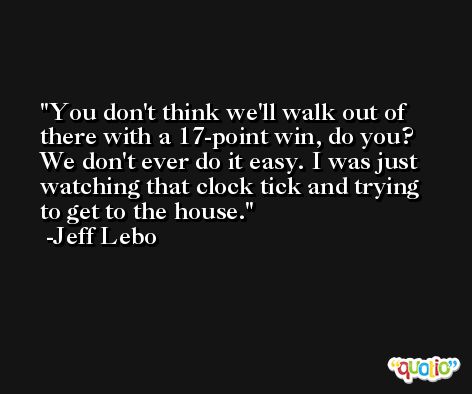