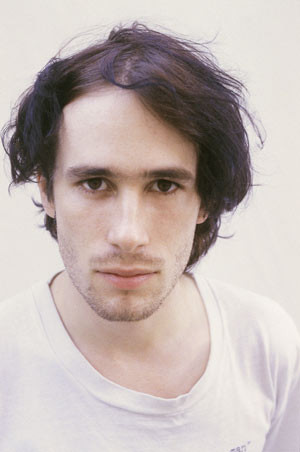 "Jeffrey Scott" ""Jeff"" "Buckley", raised as "Scott "Scottie" Moorhead", was an American singer-songwriter and guitarist. After a decade as a session guitarist in Los Angeles, Buckley amassed a following in the early 1990s by playing cover songs at venues in Manhattan's East Village, Manhattan/East Village, such as Sin-é, gradually focusing more on his own material. After rebuffing much interest from record labels and his father's manager Herb Cohen, he signed with Columbia Records/Columbia, recruited a band, and recorded what would be his only studio album, Grace (Jeff Buckley album)/Grace, in 1994. Rolling Stone considered him one of the greatest singers of all time.

If you enjoy these quotes, be sure to check out other famous musicians! More Jeff Buckley on Wikipedia.

Maybe I'm too young to keep good love from going wrong, but tonight your on my mind, so you never know.

Thinking soo hard on her soft eyes and memories of the signs that it's over. It's over. 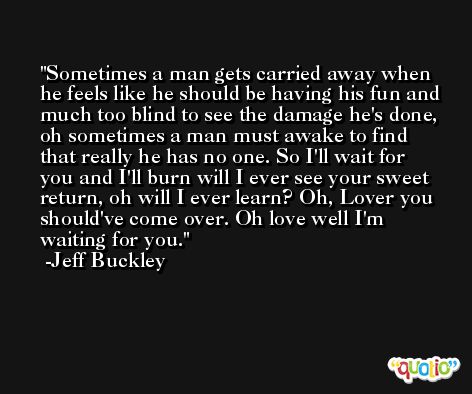 I'm lying in my bed, blanket is warm.. this body will never keep me safe from harm.I still feel your hair.. black ribbons of coal. Touch my skin to keep me whole.If only you'd come back to me.To feel you at my side.. wouldn't need no Mojo Pin to keep me satisfied.

All flowers in time bend towards the sun, I know you say theres no one for you, But here is one. 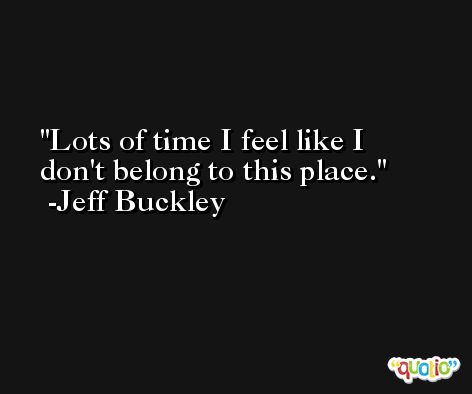 To young to hold on and to old to just break free and run.

She's a tear that hangs inside my soul forever. 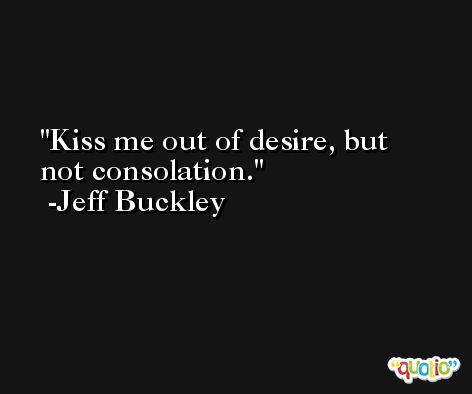