"Jason Wolfe", is an U.S.A./American professional ice hockey player, and goaltender coach. Wolfe began his career at the NCAA level, playing for Merrimack College. Wolfe spent four seasons in Massachusetts, but was used mainly as a backup goaltender, making just 18 appearances in his time there.

After completing his final college season in which he played 10 games and posted a .914 save percentage Wolfe was signed by the Reading Royals for the remainder of the 2001/02 term, where he competed effectively allowing just 7 goals on 87 shots in three ECHL games. He moved to sign for the Adirondack IceHawks at the lower United Hockey League/UHL level, where for the first time in his career he managed to claim the first team spot. Wolfe also featured in the post-season for the IceHawks.

We had a goal of a half-million dollars that second year and as the thing kind of blew up and we realized we were close to a million, it was the seventh or eighth inning and (Red Sox vice president of public affairs) Charles Steinberg called us and said they're donating the last $25,000. The feeling was incredible.

You're talking to the best in Hollywood and a lot of the best of Hollywood happens to be from Boston. 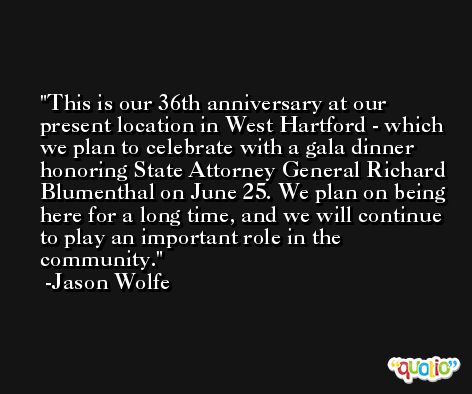 We got to $1.5 million last year and hopefully we'll have the same feeling this year when we get to two (million).