"Jason Raynard Peters" is an American football offensive tackle for the Philadelphia Eagles of the National Football League (NFL). He played college football for the University of Arkansas, and was signed by the Buffalo Bills as an undrafted free agent in 2004, originally as a tight end. Peters was selected to the Pro Bowl in 2008 Pro Bowl/2007 through 2012 Pro Bowl/2011.

Still, half of me is gone. But I thank God for what I had growing up. You don't have to be Catholic, or anything really, just pray.

They can feel beautiful for a night for once in their life. 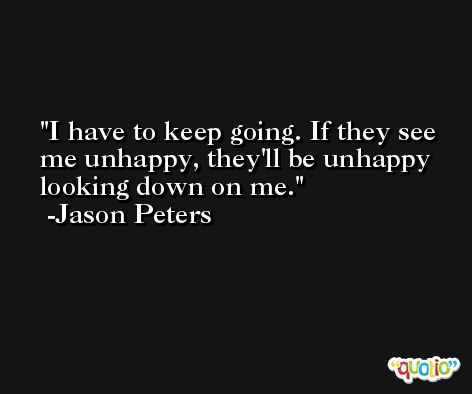 When I was little I'd design these dresses and show them to my family. There'd always be three or four or five (designs) on the fridge. 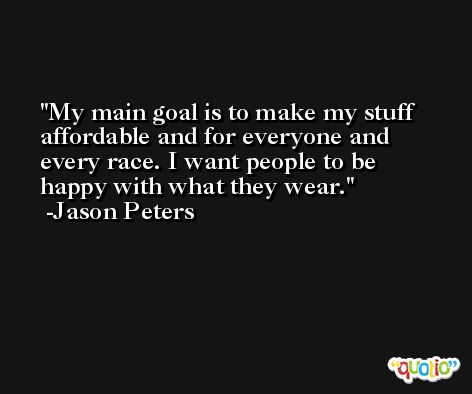