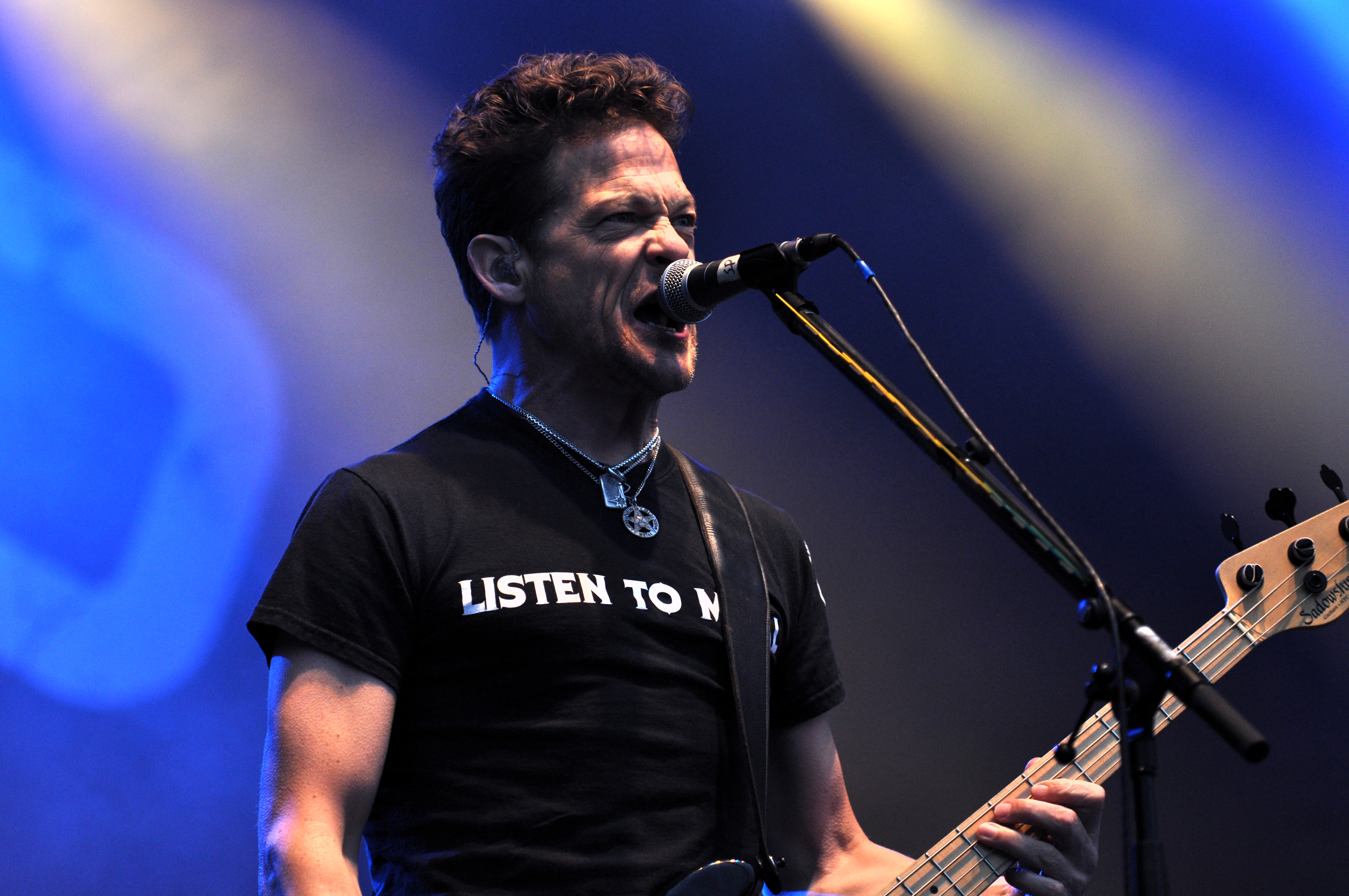 "Jason Curtis Newsted" is an American Heavy metal music/metal musician, known for playing bass guitar with the bands Metallica, Voivod (band)/Voivod and Flotsam and Jetsam (band)/Flotsam and Jetsam. Joining Metallica in 1986 after Cliff Burton's death, Newsted remained a member until 2001, making him the band's longest-serving bassist. After he left Metallica, he continued with his project Echobrain, played with Ozzy Osbourne and joined heavy metal band Voivod. Newsted uses the pseudonym "Jasonic", which serves as both his alias in Voivod and the name of his music publishing company. He is also the founder of the Chophouse Records studio and label based in California. He currently plays in his self-titled band Newsted, in which he provides lead vocals as well as bass.

If you enjoy these quotes, be sure to check out other famous musicians! More Jason Newsted on Wikipedia.

I thought I'd do something nice for the band... I'll hang myself.

I wouldn't want to say never on anything like that, because it's fun to turn people's heads around with something like that. But we only have about 25 minutes of solid music of our own -- we could pull together a couple of covers or something like that and make a set for someone. If it presents itself, we'd look at it for sure. 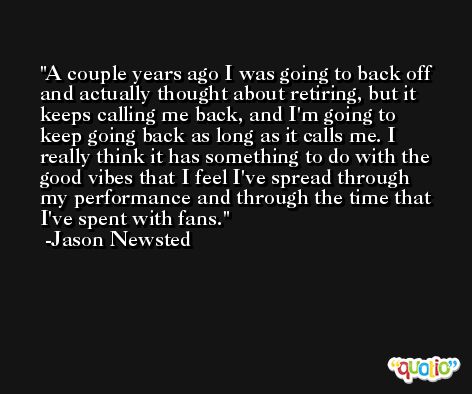 I'm busier than a busy person. People aren't scared to play this raucous, harsh music over radio speakers, so I think it's the perfect time to get in with some real serious, heavy bands.

It all has to do with art - writing, painting, things I've done for a long time but just never had enough time to pursue. I have poetry - things that are designed for songs, but they're always poems first. 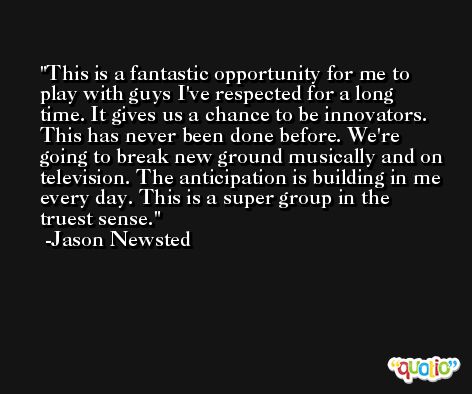 I already know what I'm looking for. It's not somebody who fronts the band, it's someone who can hang with me.

All I want you to do is rock. That'll be forever, man.