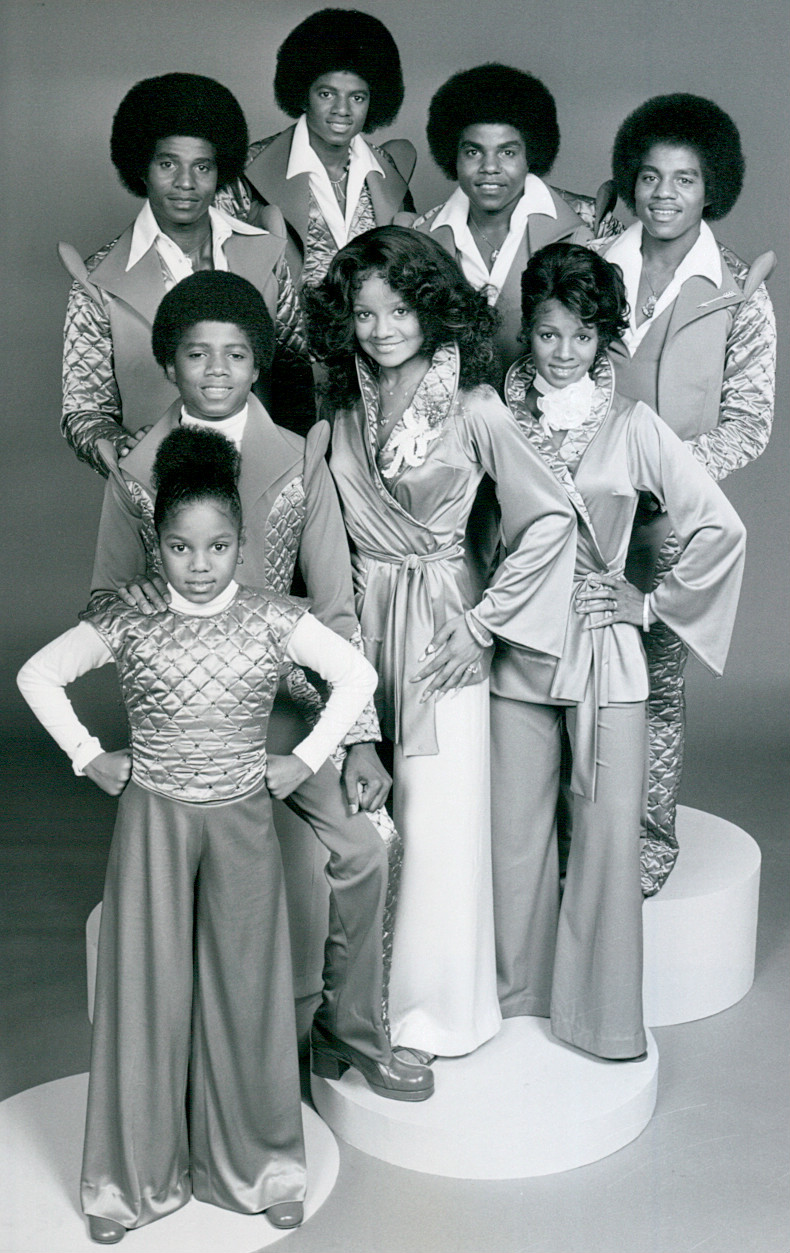 "Janet Damita Jo Jackson" is an Americans/American singer, songwriter, and actress. Known for a series of sonically innovative, socially conscious and sexually provocative records, as well as elaborate stage shows, television roles, and film roles, she has been a prominent figure in popular culture for over 25 years. The youngest child of the Jackson family, she began her career with the variety show/variety television series The Jacksons (TV series)/The Jacksons in 1976 and went on to appear in other television shows throughout the 1970s and early 1980s, including Good Times and Fame (1982 TV series)/Fame.

After signing a recording contract with A&M in 1982, she became a pop icon following the release of her third studio album Control (Janet Jackson album)/Control (1986). Her collaborations with record producers Jimmy Jam and Terry Lewis incorporated elements of rhythm and blues, funk, disco, rapping/rap, and industrial music/industrial beats, which led to crossover appeal in popular music. In addition to receiving recognition for the innovation in her records, choreography, music videos, and prominence on radio airplay and MTV, she was acknowledged as a role model for her socially conscious lyrics.

If you enjoy these quotes, be sure to check out other famous musicians! More Janet Jackson on Wikipedia.

It is my belief that we all have the need to feel special. It is this need that can bring out the best in us, yet the worst in us.

I'm convinced that we black women possess a special indestructible strength that allows us to not only get down, but the get up, to get through, and to get over. 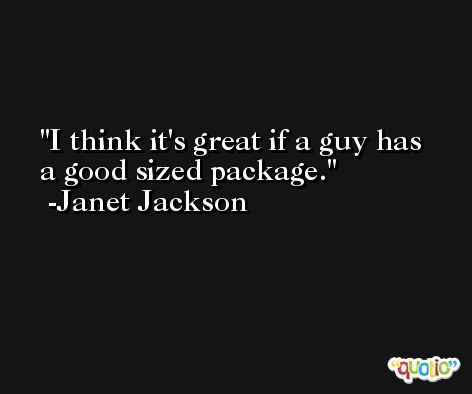 In complete darkness we are all the same, it is only our knowledge and wisdom that separates us, don't let your eyes deceive you.

Got Til It's Gone. 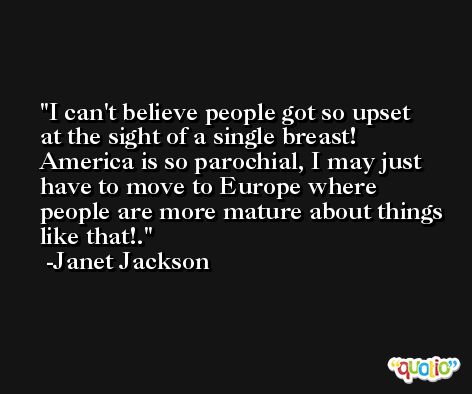 You have to be careful with the clitoris, because if the piercer doesn't know what he's doing, it can be numbed for good.

I kinda see everyone as competition. I'm a very competitive person. But I think that's good. Competition is great. And as long as it's friendly and not a malicious thing, then I think it's cool. 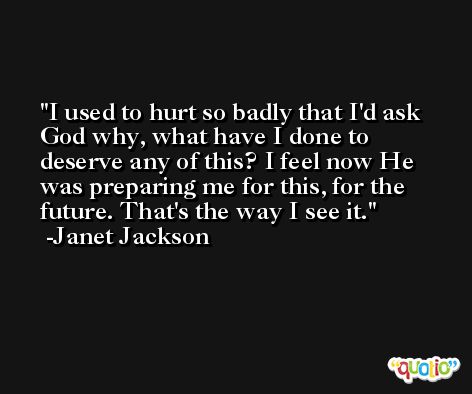