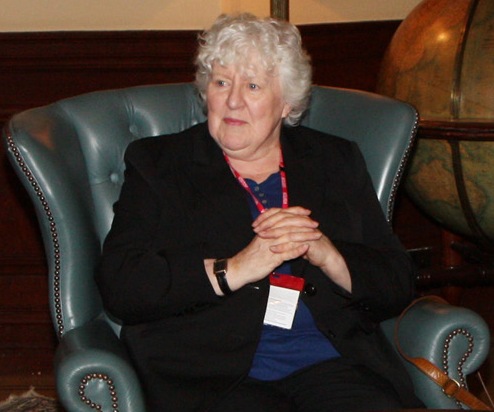 Cheek was born in Stanley, Falkland Islands/Stanley and spent much of her childhood in South Georgia. For her A-Levels she was awarded a government scholarship to a study at a grammar school in Dorset. Cheek worked as a Secondary School English teacher from 1969 until 1989. She then moved to Fortuna Ltd. where she rose to become co-owner and director until her retirement in 2008.

Cheek married fellow islander John Cheek (1939–1996) in 1968, with whom she had two children, Miranda and Ros. Following John's death in 1996, Cheek became a Trustee of the John Cheek Trust.

It is also a good opportunity to dispel some of the myths like we are always under snow, or that we are still bartering.

In an ironic way, sadly, it was fortunate for us.