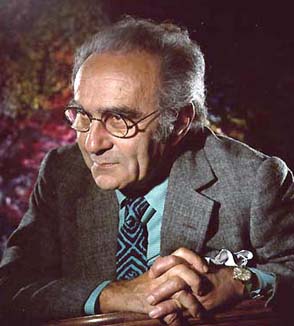 "Jacob Bronowski" was a history of the Jews in Poland/Polish-Jewish British mathematician, biologist, historian of science, theatre author, poet and inventor. He is best remembered as the presenter and writer of the 1973 BBC television documentary film/documentary series, The Ascent of Man, and the accompanying book.

If you enjoy these quotes, be sure to check out other famous scientists! More Jacob Bronowski on Wikipedia.

The wish to hurt, the momentary intoxication with pain, is the loophole through which the pervert climbs into the minds of ordinary men.

Man masters nature not by force but by understanding. This is why science has succeeded where magic failed: because it has looked for no spell to cast over nature. 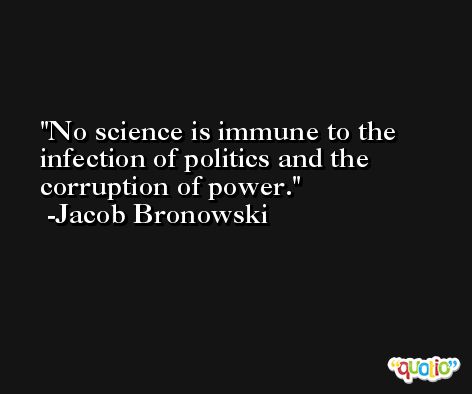 The values by which we are to survive are not rules for just and unjust conduct, but are those deeper illuminations in whose light justice and injustice, good and evil, means and ends are seen in fearful sharpness of outline.

Dissent is the native activity of the scientist, and it has got him into a good deal of trouble in the last years. But if that is cut off, what is left will not be a scientist. And I doubt whether it will be a man. 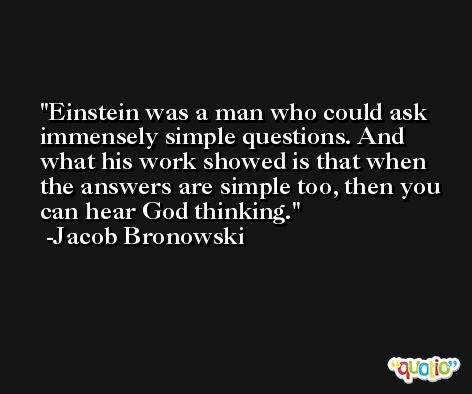 Sooner or later every one of us breathes an atom that has been breathed before by anyone you can think of who has lived before us-Michelangelo or George Washington or Moses.