"John Ronald Reuel Tolkien", Order of the British Empire/CBE was an English writer, poet, Philology/philologist, and university professor, best known as the author of the classic High fantasy/high-fantasy works The Hobbit, The Lord of the Rings, and The Silmarillion.

He served as the Rawlinson and Bosworth Professor of Anglo-Saxon and Fellow of Pembroke College, Oxford, from 1925 to 1945 and Merton Professors/Merton Professor of English Language and Literature and Fellow of Merton College, Oxford from 1945 to 1959. He was at one time a close friend of C. S. Lewis—they were both members of the informal literary discussion group known as the Inklings. Tolkien was appointed a Commander of the Order of the British Empire by Queen Elizabeth II on 28 March 1972.

If you enjoy these quotes, be sure to check out other famous novelists! More J. R. R. Tolkien on Wikipedia.

There I lay staring upward, while the stars wheeled over... Faint to my ears came the gathered rumour of all lands: the springing and the dying, the song and the weeping, and the slow everlasting groan of overburdened stone.

'I wish life was not so short,' he thought. 'Languages take such a time, and so do all the things one wants to know about.' 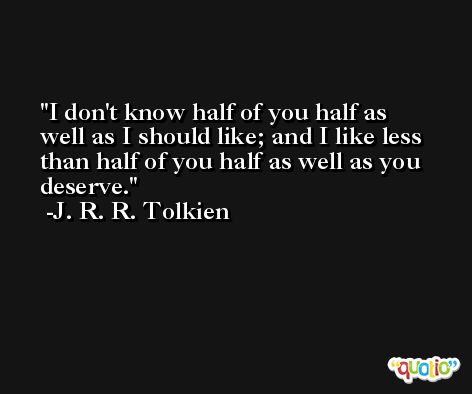 I cordially dislike allegory in all its manifestations, and always have done since I grew old and wary enough to detect its presence.

Faithless is he that says farewell when the road darkens. 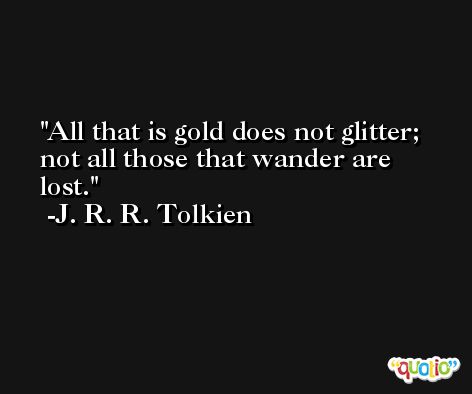 Courage is found in unlikely places.

Little by little, one travels far. 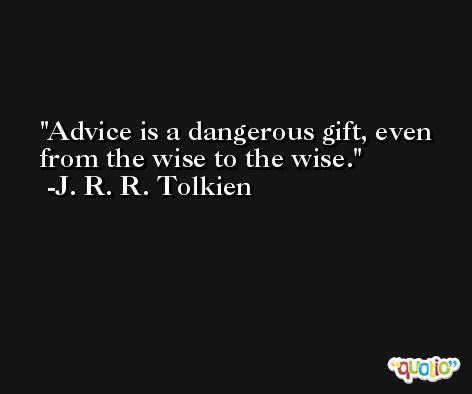 Still round the corner there may wait, A new road or a secret gate.

Some who have read the book, or at any rate have reviewed it, have found it boring, absurd, or contemptible, and I have no cause to complain, since I have similar opinions of their works... 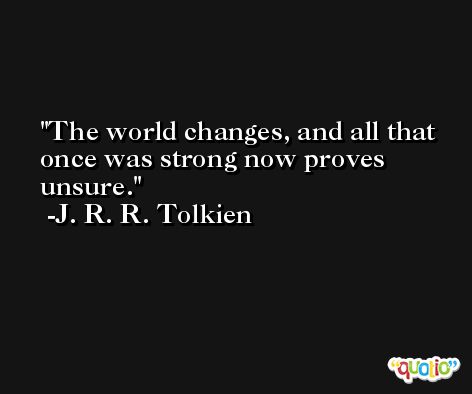 The world has changed. I see it in the water. I feel it in the Earth. I smell it in the air. Much that once was is lost, For none now live who remember it.

Nearly all marriages, even happy ones, are mistakes: in the sense that almost certainly (in a more perfect world, or even with a little more care in this very imperfect one) both partners might be found more suitable mates. But the real soul-mate is the one you are actually married to. 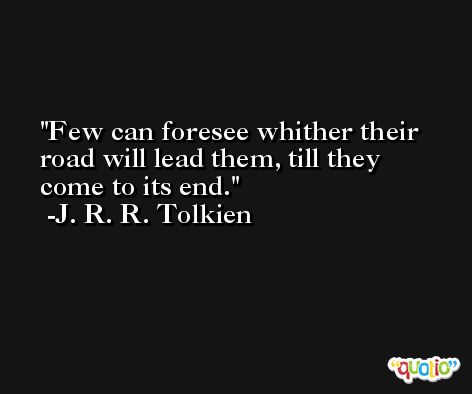 It's a dangerous business going out your front door. 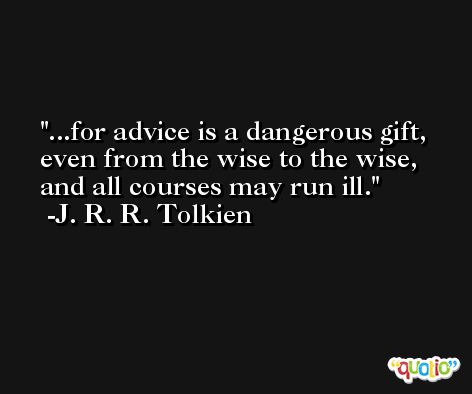 I have no help to send, therefore I must go myself.

The deeds will not be less valiant because they are unpraised. 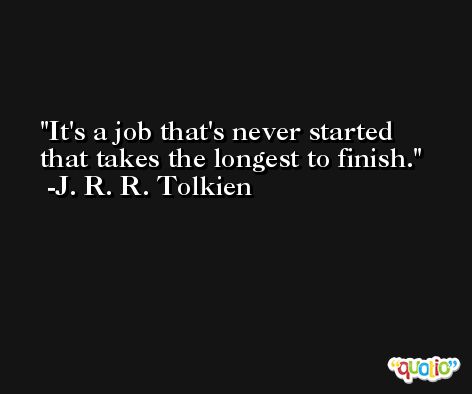 For though I do not ask for aid, we need it. 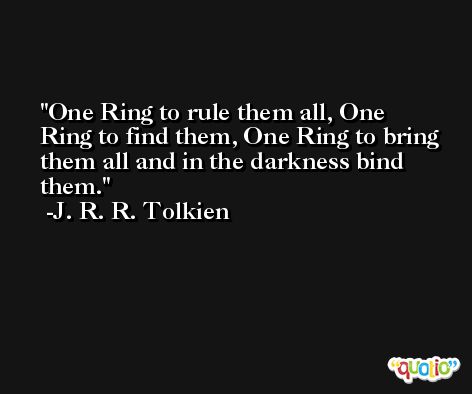 If more of us valued food and cheer and song above hoarded gold, it would be a merrier world.

The board is set, the pieces are moving. We come to it at last... The great battle of our time. 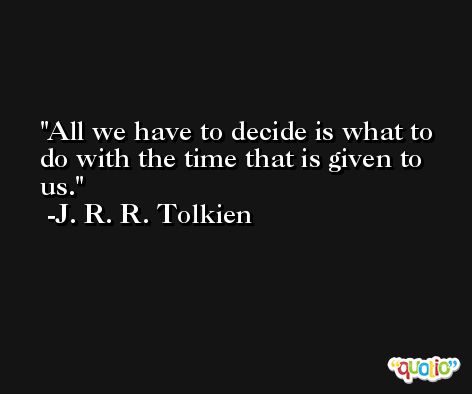 The Hobbits are just rustic English people, made small in size because it reflects the generally small reach of their imagination.

It's wisdom to recognize necessity, when all other courses have been weighed, though as folly it may appear to those who cling to false hope. 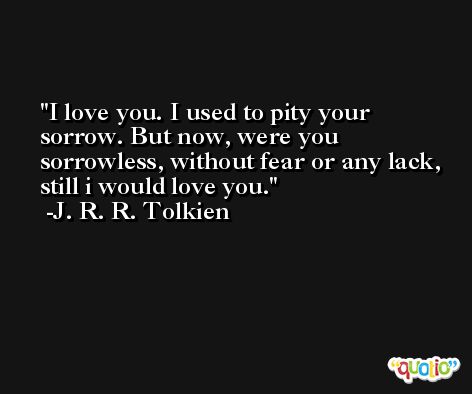