We don't have any quotations by Isamu Noguchi at this time. Please check back later as our staff are constantly adding more quotes! 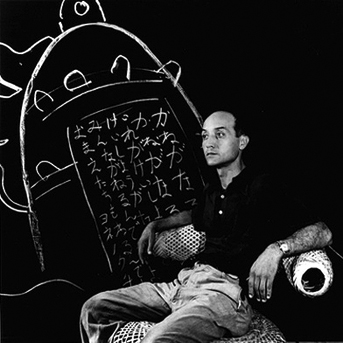 In 1947, Noguchi began a collaboration with the Herman Miller (manufacturer)/Herman Miller company, when he joined with George Nelson (designer)/George Nelson, Paul László and Charles and Ray Eames/Charles Eames to produce a catalog containing what is often considered to be the most influential body of modern furniture ever produced, including the iconic Noguchi table which remains in production today. His work lives on around the world and at the Noguchi Museum in New York City.

If you enjoy these quotes, be sure to check out other famous sculptors! More Isamu Noguchi on Wikipedia.