"Isaac Jason Hilliard", nicknamed "Ike Hilliard", is an American former college and professional American football/football player who was a wide receiver in the National Football League (NFL) for twelve seasons during the 1990s and 2000s. He played college football for the University of Florida, and earned All-American honors. He was a first-round pick in the 1997 NFL Draft, and played professionally for the New York Giants and the Tampa Bay Buccaneers of the NFL. After his playing career, Hilliard became a professional football coach, and he is currently the wide receivers coach for the NFL's Washington Redskins.

If you talk to them, they talk the same. They carry themselves the same. That says a lot.

This can be a pretty good year for us as an offense. 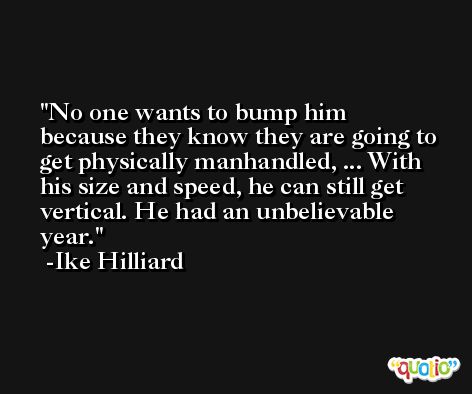 I think it's one of the reasons that the NFL is the most popular sport in the world, besides soccer.

They have a very quiet arrogance about them, like they expected to come in and do this. 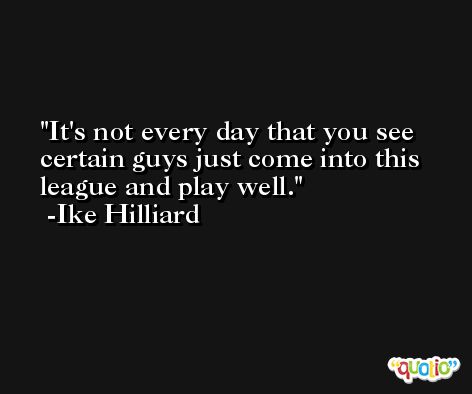 It's just the business part of it with everybody moving around from year to year. You have the salary cap that hinders the process. But you gotta find a way to do it.

What Cadillac has done being the third back taken in the draft there's a lot to be said about that along with the other young guys we're counting on to continue to make plays for us. If you can build on that, this offense can do some pretty good things.