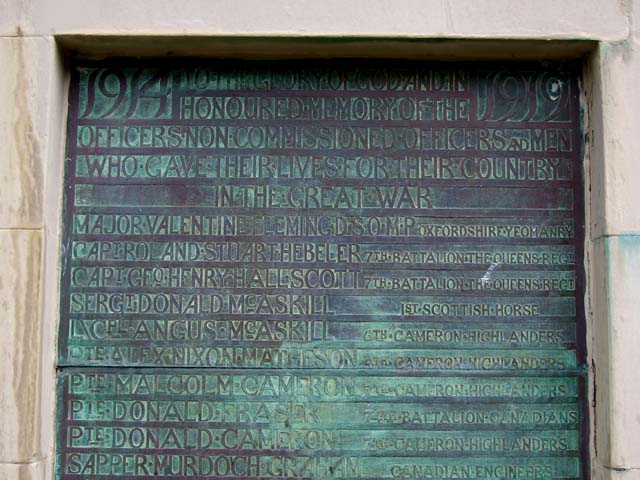 "Ian Lancaster Fleming" was an English author, journalist and Naval Intelligence Division/naval intelligence officer, best known for his James Bond series of spy novels. Fleming came from a wealthy family connected to the merchant bank Robert Fleming & Co., and his father was the Member of Parliament for Henley (UK Parliament constituency)/Henley from 1910 until his death on the Western Front (World War I)/Western Front in 1917. Educated at Eton College/Eton, Royal Military College, Sandhurst/Sandhurst and, briefly, the universities of Munich University/Munich and University of Geneva/Geneva, Fleming moved through several jobs before he started writing.

While working for Britain's Naval Intelligence Division during the Second World War, Fleming was involved in planning Operation Goldeneye and in the planning and oversight of two intelligence units, 30 Assault Unit and T-Force. His wartime service and his career as a journalist provided much of the background, detail and depth of the List of James Bond novels and short stories/James Bond novels.

If you enjoy these quotes, be sure to check out other famous writers! More Ian Fleming on Wikipedia.

Older women are best, because they always think they may be doing it for the last time. 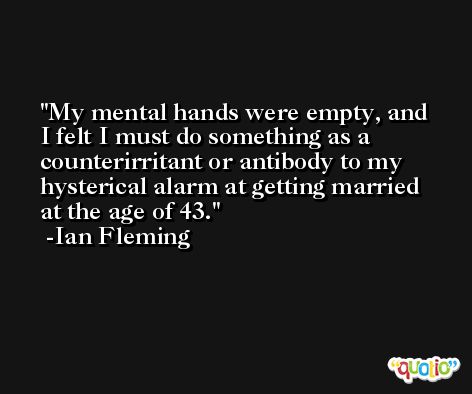 A horse is dangerous at both ends and uncomfortable in the middle.

The distance between insanity and genius is measured only by success. 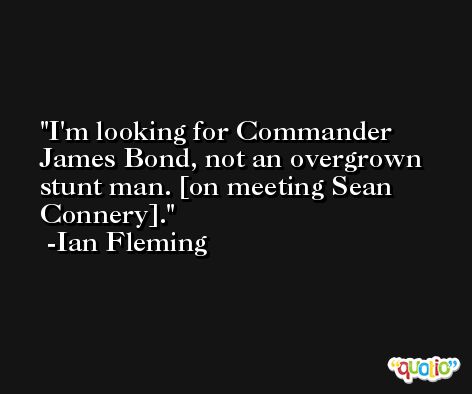 A medium Vodka dry Martini - with a slice of lemon peel. Shaken and not stirred.

To celebrate the centenary of Ian Fleming's birth in 2008 we are looking at a wide range of different activities and one of those is a new adult Bond novel. 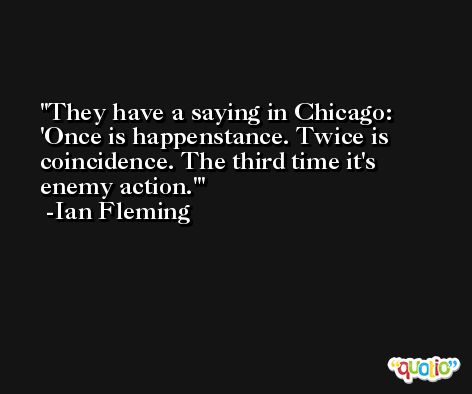 Men want a woman whom they can turn on and off like a light switch.