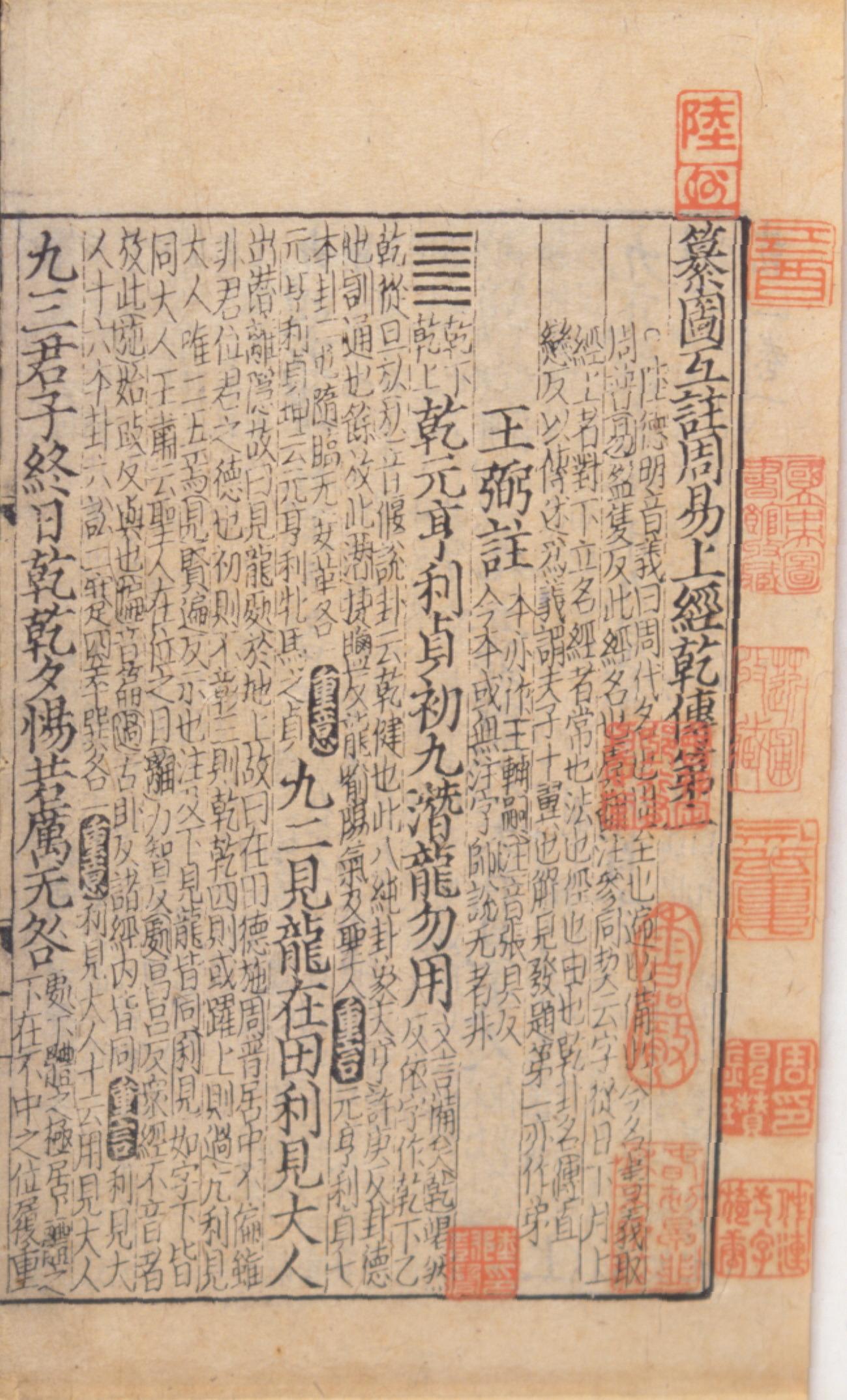 "I Ching", also known as the "Classic of Changes" or "Book of Changes" in English, is an ancient divination text and the oldest of the Chinese classics. The I Ching was originally a divination manual in the Western Zhou period, but over the course of the Warring States period and early imperial period was transformed into a Religious cosmology/cosmological text with a series of philosophical commentaries known as the "Ten Wings." After becoming part of the Five Classics in the 2nd century BC, the I Ching was the subject of scholarly commentary and the basis for divination practice for centuries across the Far East, and eventually took on an influential role in Western understanding of Eastern thought.

The I Ching uses a type of divination called cleromancy, which produces apparently random numbers. Six random numbers are turned into a hexagram, which can then be looked up in the I Ching book, arranged in an order known as the King Wen sequence. The interpretation of the readings found in the I Ching is the matter of centuries of debate, and many commentators have used the book symbolically, often to provide guidance for moral decision-making as informed by Confucianism. The hexagrams themselves have often acquired cosmological significance and paralleled with many other traditional names for the processes of change such as yin and yang and Wu Xing.

More I Ching on Wikipedia.

A person in danger should not try to escape at one stroke. He should first calmly hold his own, then be satisfied with small gains, which will come by creative adaptations.

Perseverance alone does not assure success. No amount of stalking will lead to game in a field that has none. 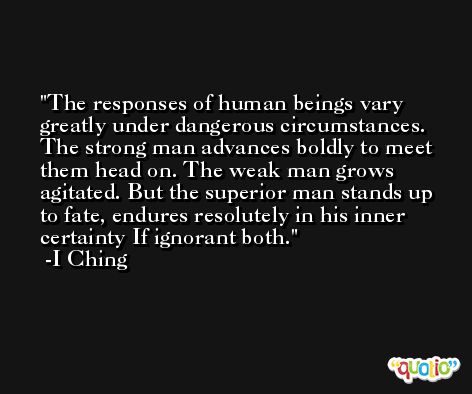 Secret forces are bringing compatible spirits together. If the man permits himself to be led by this ineffable attraction, good fortune will come his way. When deep friendships exist, formalities and elaborate preparations are not necessary.

Adversity breaks the inferior man's will but only bends the superior man's spirit. Outward influence is denied the great man, who accordingly uses words sparingly but retains his central position. 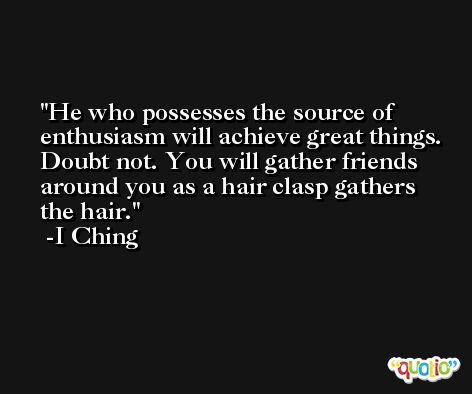 Creativity comes from awakening and directing men's higher natures, which originate in the primal depths of the uni- verse and are appointed by Heaven.