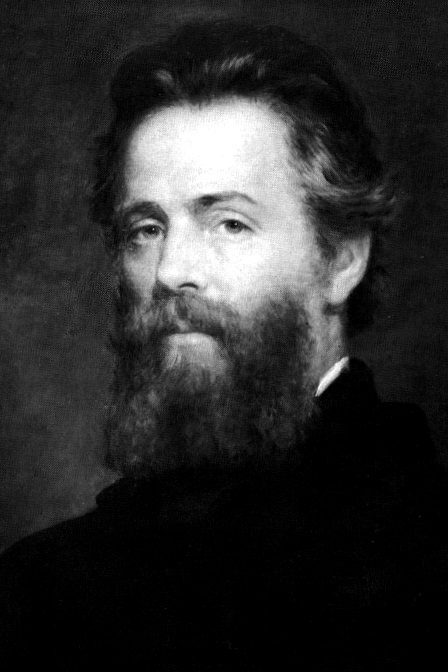 "Herman Melville" was an American novelist, writer of short stories, and poet from the American Renaissance (literature)/American Renaissance period. The bulk of his writings was published between 1846 and 1857. Best known for his sea adventure Typee (1846) and his whaling novel Moby-Dick (1851), he was almost forgotten during the last thirty years of his life. Melville's writing draws on his experience at sea as a common sailor, exploration of literature and philosophy, and engagement in the contradictions of American society in a period of rapid change. Melville's way of adapting what he read for his own new purposes, scholar Stanley Thomas Williams/Stanley T. Williams wrote, "was a transforming power comparable to Shakespeare's".

If you enjoy these quotes, be sure to check out other famous novelists! More Herman Melville on Wikipedia.

For all men tragically great are made so through a certain morbidness.

A man thinks that by mouthing hard words he understands hard things. 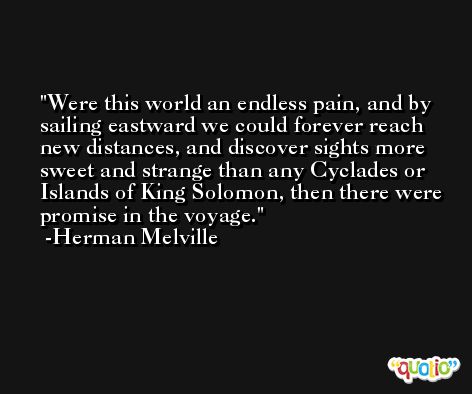 Toward the accomplishment of an aim, which in wantonness of atrocity would seem to partake of the insane, he will direct a cool judgement, sagacious and sound. These men are madmen, and of the most dangerous sort.

Who in the rainbow can draw the line where the violet tint ends and the orange tint begins? Distinctly we see the difference of the colors, but where exactly does the one first blendingly enter into the other? So with sanity and insanity. 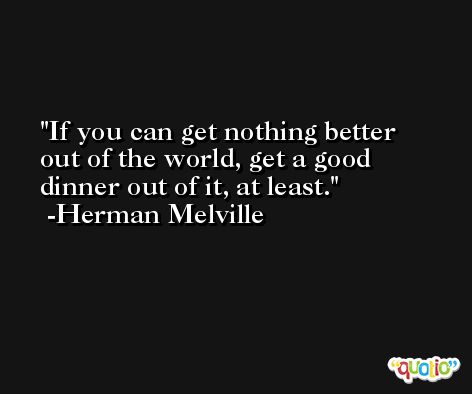 We cannot live only for ourselves. A thousand fibers connect us with our fellow men; and among those fibers, as sympathetic threads, our actions run as causes, and they come back to us as effects.

To produce a mighty book, you must choose a mighty theme. No great and enduring volume can ever be written on the flea, though many there be that have tried it. 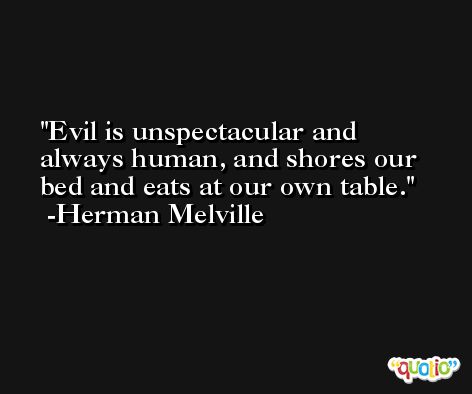 Art is the objectification of feeling. 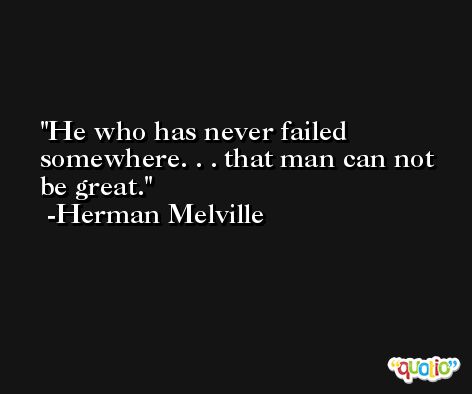 It is better to fail in originality than to succeed in imitation.

To the last I grapple with thee; from hell's heart I stab at thee; for hate's sake I spit my last breath at thee. 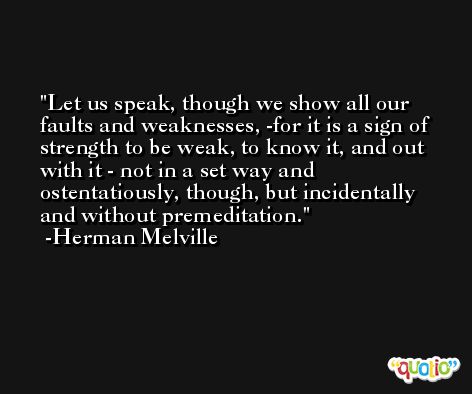 Men may seem detestable as joint stock-companies and nations; knaves, fools, and murderers there may be; men may have mean and meagre faces; but man, in the ideal, is so noble and so sparkling, such a grand and glowing creature, that over any ignominious blemish in him all his fellows should run to throw their costliest robes.

When beholding the tranquil beauty and brilliancy of the ocean's skin, one forgets the tiger heart that pants beneath it; and would not willingly remember that this velvet paw but conceals a remorseless fang. 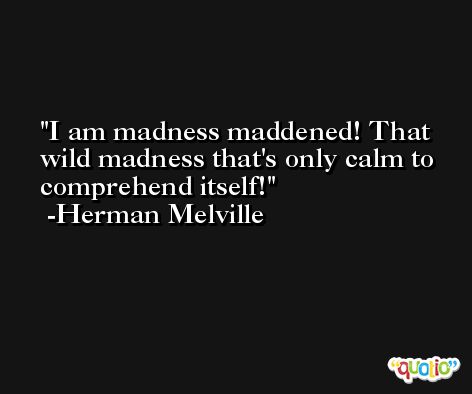 Of all the preposterous assumptions of humanity over humanity, nothing exceeds most of the criticisms made on the habits of the poor by the well-housed, well-warmed, and well-fed.

Is there some principal of nature which states that we never know the quality of what we have until it is gone? 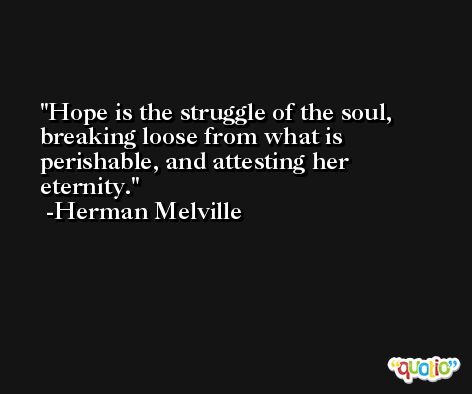 Where does the violet tint end and the orange tint begins? Distinctly we see the difference of the colors, but where exactly does the one first blending enter into the other. So with sanity and insanity. 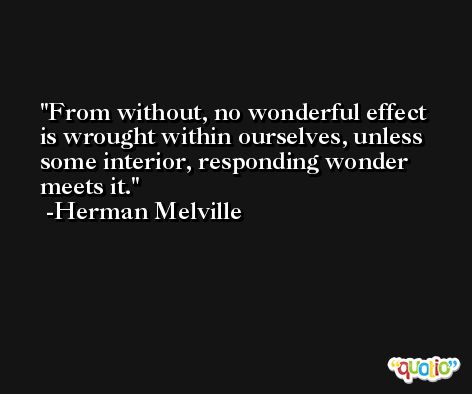