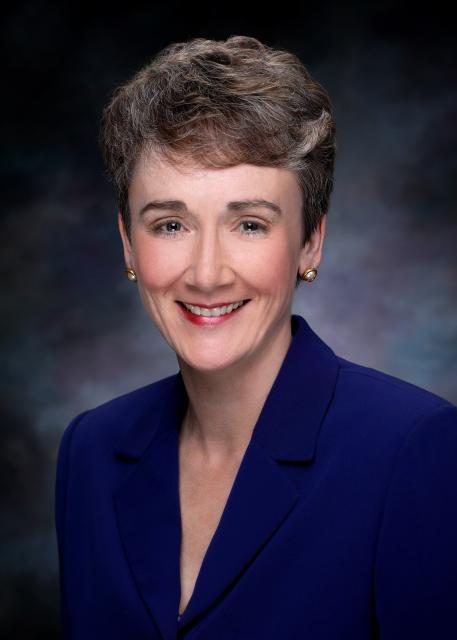 "Heather Ann Wilson" is President of the South Dakota School of Mines and Technology in Rapid City, South Dakota. She is a former United States Republican Party/Republican member of the United States House of Representatives representing from 1998 to 2009. She was the first female military veteran elected to a full term in Congress.

She opted not to run for re-election to the House in 2008 and sought the U.S. Senate seat of retiring Senator Pete Domenici but finished second in the Republican primary to Congressman Steve Pearce (politician)/Steve Pearce, who then lost the United States Senate election in New Mexico, 2008/general election to Democratic Party (United States)/Democrat Tom Udall. On March 7, 2011, she announced another run for Senate in 2012 to replace retiring Senator Jeff Bingaman, but lost the general election to Martin Heinrich, her successor in the House of Representatives.

If you enjoy these quotes, be sure to check out other famous politicians! More Heather Wilson on Wikipedia.

Some people will get low cost or no cost prescription drugs based on their incomes. I cannot urge people strongly enough to fill out the form, mail it in and take advantage of this benefit. 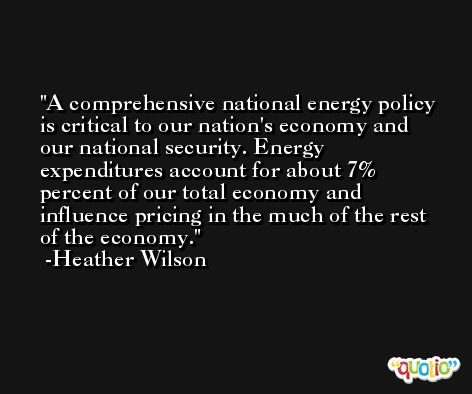 There's a growing awareness that Katrina has changed not only the agenda but all the circumstances we find ourselves in.

Thus far our strategy has failed to achieve our political objectives. 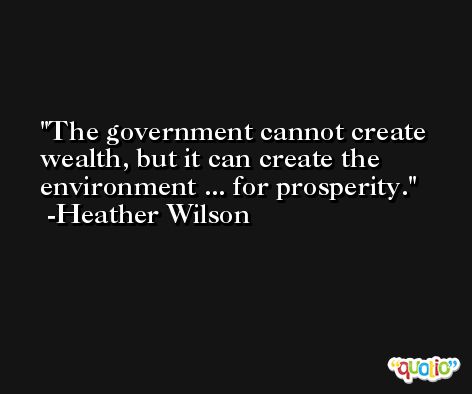 What happened today was the act of cowards. Often people who do these things scurry back into the gutters they came from. I can say with confidence that we will spare no effort to track down and punish those responsible. It's important for the world to know that our nation will not bow to terrorists and faceless acts of cowardice.

Now is not the time to be simultaneously going forward with a bill on taxes and Medicaid. 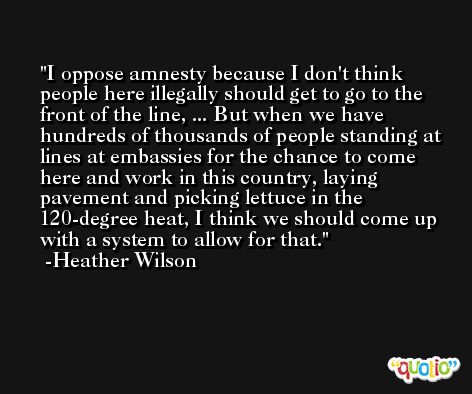