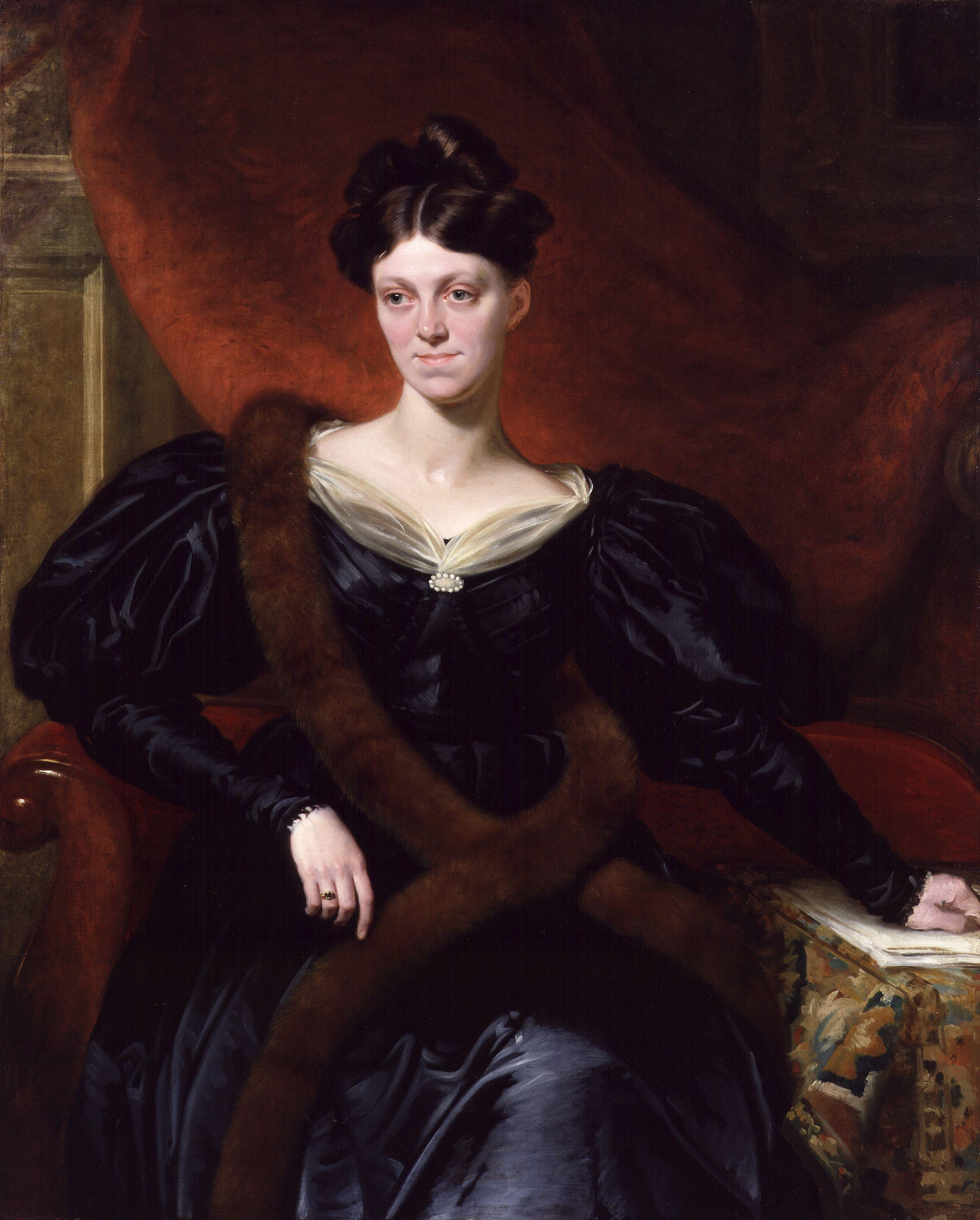 Martineau wrote many books and a multitude of essays from a sociological, holistic, religious, domestic, and perhaps most controversially, feminine perspective; she also translated various works from Auguste Comte. She earned enough to be supported entirely by her writing, a rare feat for a woman in the Victorian era. A young Queen Victoria/Princess Victoria, (later Queen Victoria), enjoyed reading Martineau's publications. The queen invited Martineau to her Coronation of Queen Victoria/coronation in 1838—an event which Martineau described, in great and amusing detail, to her many readers. Martineau said of her own approach to writing: "when one studies a society, one must focus on all its aspects, including key political, religious, and social institutions". She believed a thorough societal analysis was necessary to understand women's status under men.

If you enjoy these quotes, be sure to check out other famous writers! More Harriet Martineau on Wikipedia.

If a test of civilization be sought, none can be so sure as the condition of that half of society over which the other half has power.

Readers are plentiful; thinkers are rare. 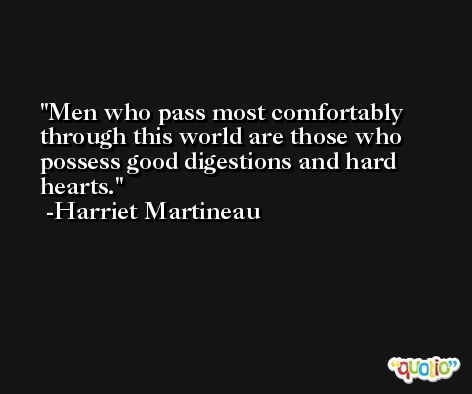 There have been few things in my life which have had a more genial effect on my mind than the possession of a piece of land. 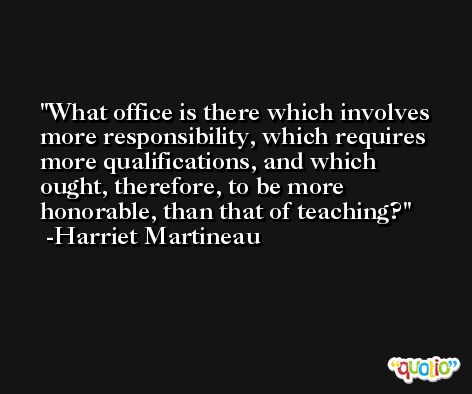 I am sure that no traveler seeing things through author spectacles can see them as they are. 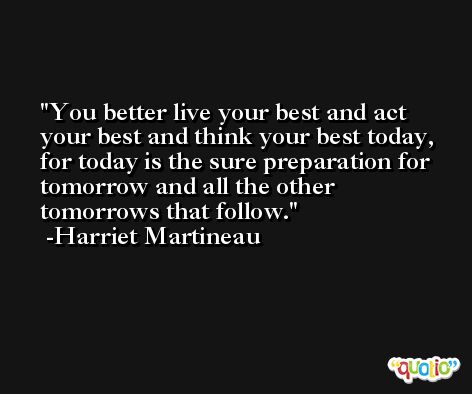 It is my deliberate opinion that the one essential requisite of human welfare in all ways is scientific knowledge of human nature.