In 2010, Teter was also one of four American athletes chosen to model for the Sports Illustrated Swimsuit Issue in a section devoted to Winter Olympians.

Teter is also noted for her charitable work, including founding her own organization called Hannah's Gold. She is also a Global Ambassador for Special Olympics.

I dreamed it. But I just never thought it would play out so soon -- you know, like, Olympics, gold. It's amazing. 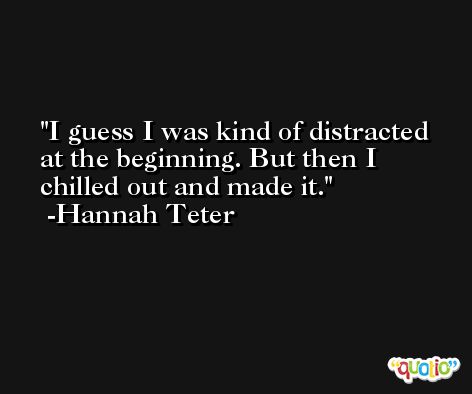 I wanted to step it up and go as big as possible and totally represent my brothers who have helped me throughout my career. Thank you, family. And thanks, too, for all that Vermont maple syrup. That's what does it, you know.

A different kind of family, I guess. Mom went to nursing school after having five kids, and Dad is a road construction foreman. Pretty cool people. I guess you call them hippies. They met at a music festival in Colorado. Dad was leaning against a tree, playing a flute, and Mom walked by and caught his eye. That's the way they tell the story. 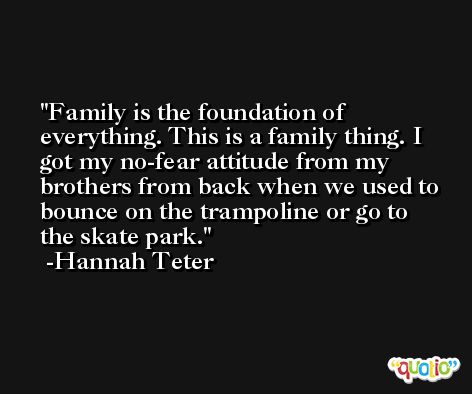 I could feel it, being caught up with the energy and emotion of the whole scene here.

I just kind of felt the same standing up there. It's like, ?Here we go again, another run on the pipe ? but at the Olympics.' I just felt super positive. 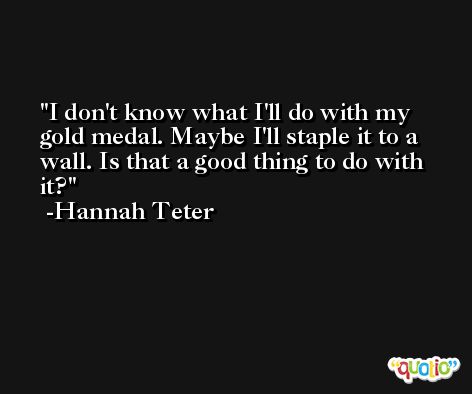