"Gregory Scott Gilbert" is a retired former professional ice hockey player who played 15 seasons in the National Hockey League before retiring from his playing career to become a coach. Gilbert was the head coach of the Calgary Flames.

During his career, he played for the New York Islanders, Chicago Blackhawks, New York Rangers and St. Louis Blues. After a sixteen season National Hockey League/NHL career, Gilbert became a head coach, and has also coached the Worcester IceCats of the AHL, the Mississauga IceDogs of the Ontario Hockey League and the Calgary Flames of the NHL. He is a former head coach of the Toronto Marlies and the Adirondack Phantoms of the American Hockey League.

On Friday, June 5, 2009, Gilbert was relieved of his coaching duties as his contract was not renewed by the Toronto Maple Leafs. In Gilbert's third and final season with the Marlies, the team went 39–29–5–7 in the regular season, and then went on to lose in six games to the Manitoba Moose in the North Division semifinal.

The biggest challenge is bringing a group of people together with a very short preparation time.

We feel we have all the pieces of the puzzle here. 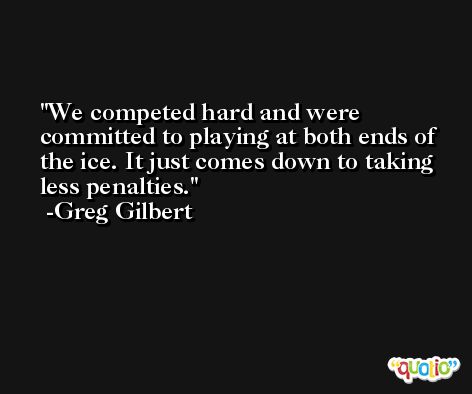 We created some chances today we should have buried, the opportunities were there. But it was the other parts of our game that cost us.

We had to start from scratch. Last summer was frustrating, watching all the festivals on TV and feeling out of it as I wanted to be playing. But it gave Aaron and I a chance to do lots of writing. 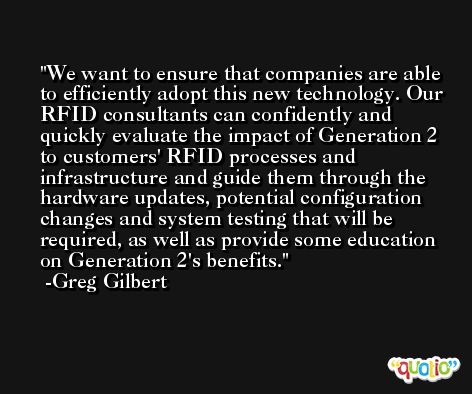 We were on our heels early on. A lot of guys were nervous, first time representing their country. It took a little while for them to get into the game. But they started feeling comfortable and once we got things going I thought we had some real good scoring opportunities and did a pretty good job defensively.

We came out and had a good first couple of shifts of the game and then we spent the rest of the period in the penalty box. There's nothing like giving the other team momentum when you're putting them on the power play all the time, and obviously the Czechs were able to finish. 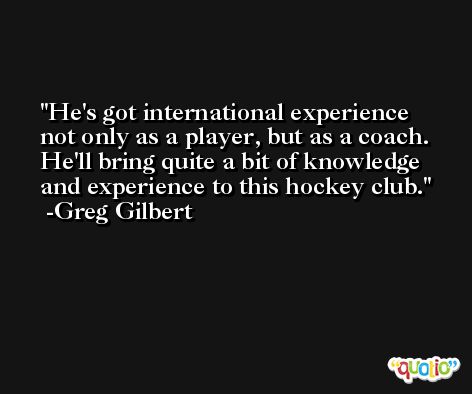