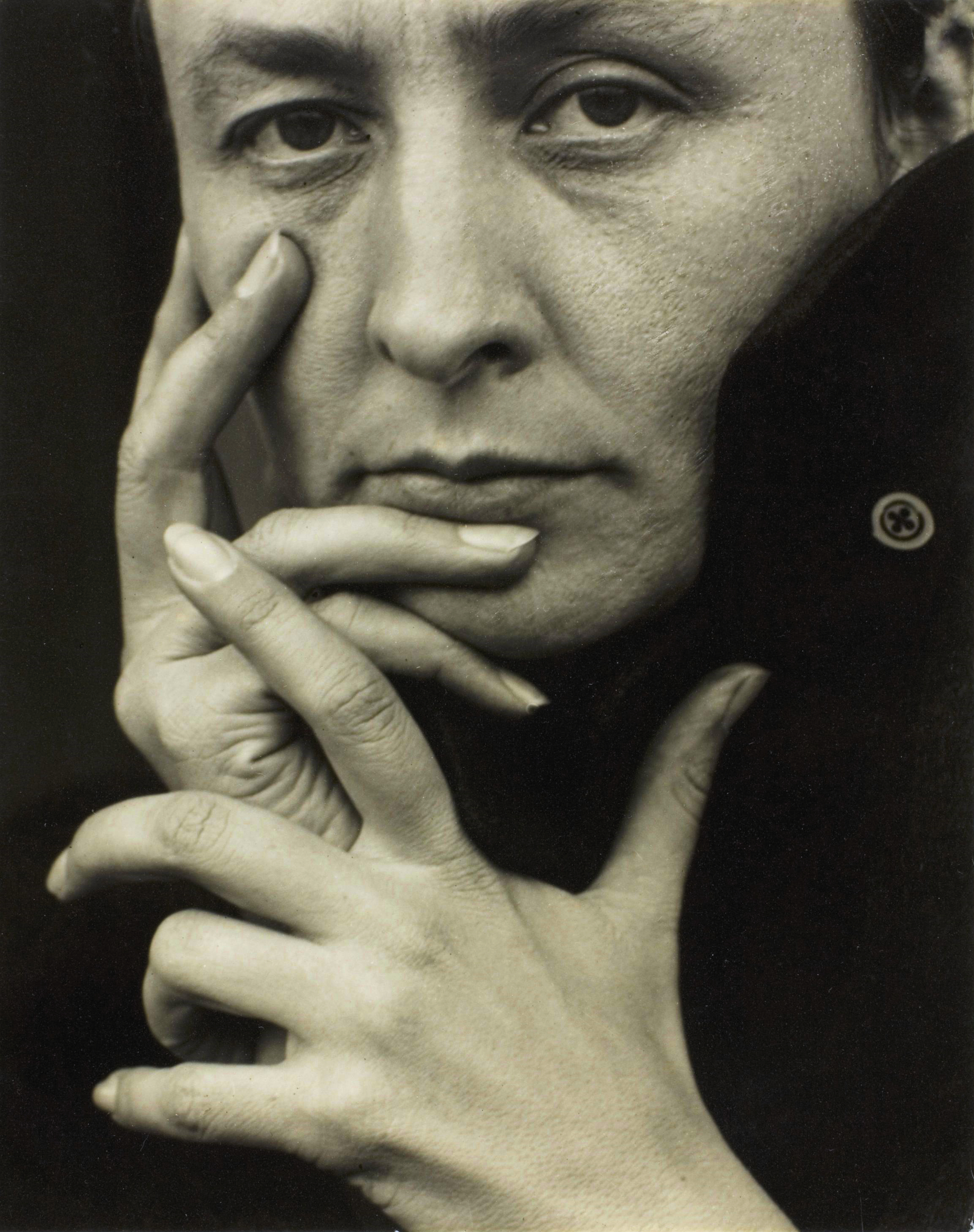 Born near Sun Prairie, Wisconsin, O'Keeffe first came to the attention of the New York art community in 1916. She made large-format paintings of enlarged blossoms, presenting them close up as if seen through a magnifying lens, and New York buildings, most of which date from the same decade. Beginning in 1929, when she began working part of the year in Northern New Mexico—which she made her permanent home in 1949—O’Keeffe depicted subjects specific to that area. O'Keeffe has been recognized as the Mother of American Modernism.

Nobody sees a flower really; it is so small. We haven't time, and to see takes time - like to have a friend takes time.

I said to myself, I have things in my head that are not like what anyone has taught me - shapes and ideas so near to me - so natural to my way of being and thinking that it hasn't occurred to me to put them down. I decided to start anew, to strip away what I had been taught. 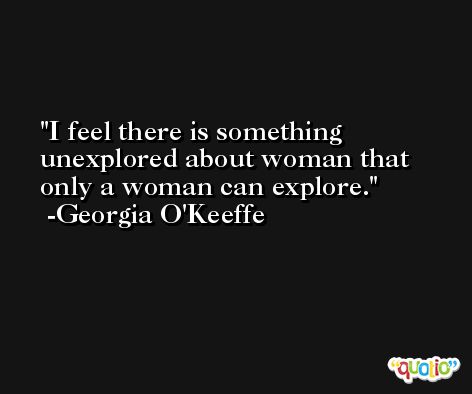 When you take a flower in your hand and really look at it, it's your world for the moment. I want to give that world to someone else. Most people in the city rush around so, they have no time to look at a flower. I want them to see it whether they want to or not.

To create one's own world in any of the arts takes courage. 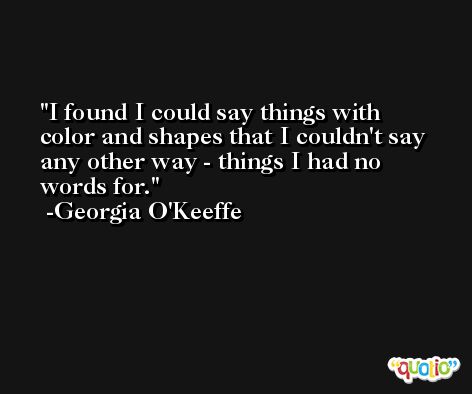 I hate flowers. I only paint them because they're cheaper than models and they don't move.

Nobody sees a flower - really - it is so small it takes time - we haven't time - and to see takes time, like to have a friend takes time. 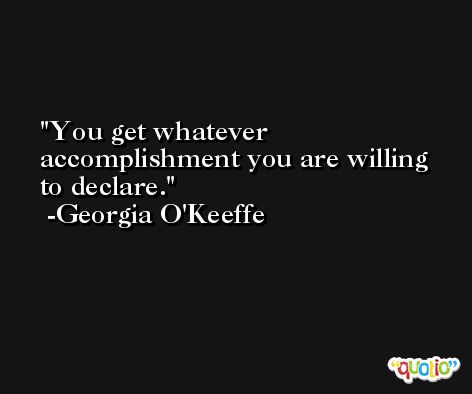 One can not be an American by going about saying that one is an American. It is necessary to feel America, like America, love America and then work.