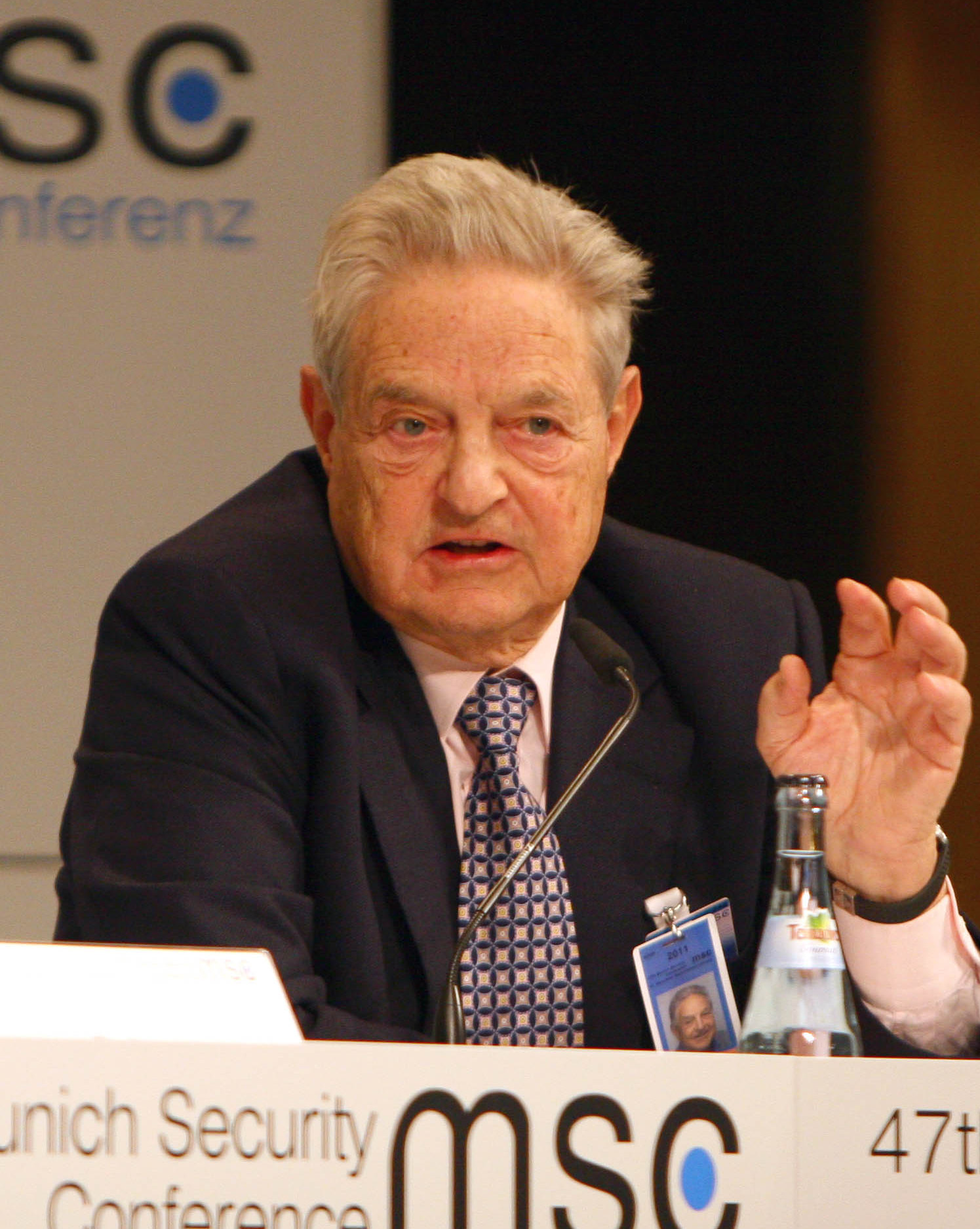 "George Soros" is a Hungarian-born American business magnate, investor, and philanthropist. He is the chairman of Soros Fund Management. He is known as "The Man Who Broke the Bank of England" because of his Short (finance)/short sale of worth of pound (currency)/pounds, giving him a profit of $1 billion during the 1992 Black Wednesday/Black Wednesday UK currency crisis.

Soros is a well-known supporter of Progressivism in the United States/progressive-Modern liberalism in the United States/liberal political causes. Between 1979 and 2011, Soros gave away over $8 billion to human rights, public health, and education causes. He played a significant role in the peaceful transition from communism to capitalism in Hungary (1984–89) and provided one of Europe's largest higher education endowments to Central European University in Budapest. Soros is also the chairman of the Open Society Foundations.

If you enjoy these quotes, be sure to check out other famous businessmen! More George Soros on Wikipedia.

Markets are constantly in a state of uncertainty and flux and money is make by discounting the obvious and betting on the unexpected.

Up to those amounts the countries concerned would be able to access international capital markets at prime rates. Beyond these, the creditors would have to beware. 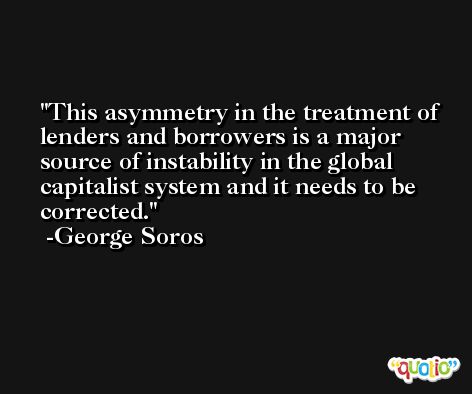 The worse a situation becomes the less it takes to turn it around, the bigger the upside.

The markets are always on the side of exuberance or fear. It's fear and greed. Right now greed has the better of it, which is rather nice (for investors) as long as it doesn't get out of hand. 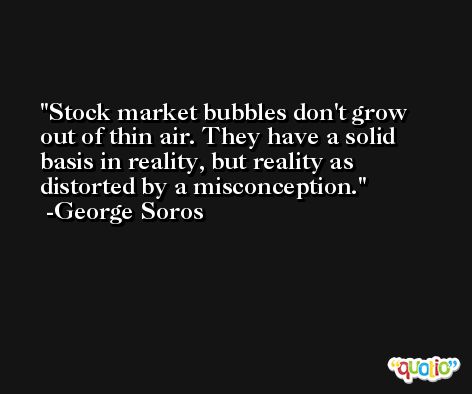 The absurdity of its illegality has been clear to me for some time. I learned about pot from my kids and realized it was a lot better than Scotch, and I loved the Scotch. Then I went to my doctor, and he said, 'I'm thrilled. You're drinking too much. You're much better off doing pot than drinking.'

Well, you know, I was a human being before I became a businessman. 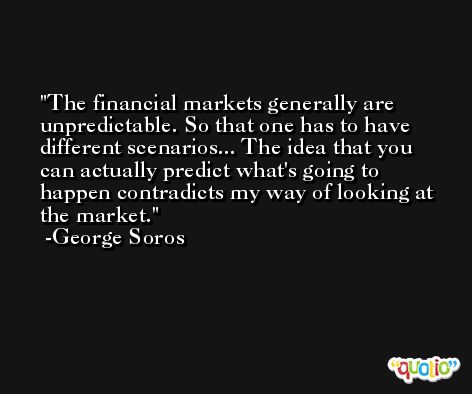