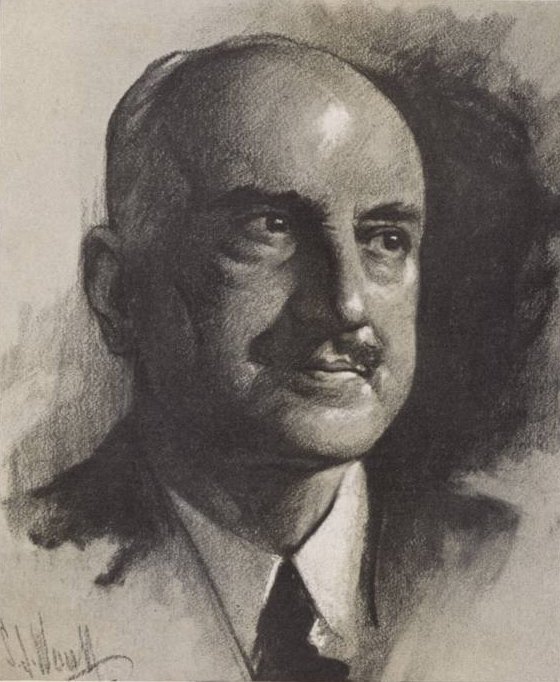 "Jorge Agustín Nicolás Ruiz de Santayana y Borrás", known as "George Santayana", was a philosopher, essayist, poet, and novelist. Santayana was raised and educated in the United States and identified himself as an American people/American, although he always kept a valid Spanish passport. He wrote in English and is generally considered an American man of letters. At the age of forty-eight, Santayana left his position at Harvard and returned to Europe permanently, never to return to the United States. His last wish was to be buried in the Spanish pantheon in Rome.

Santayana is known for famous sayings, such as "Those who cannot remember the past are condemned to repeat it", or "Only the dead have seen the end of war." Santayana, like many philosophers from the late nineteenth century, was a naturalist (that is, he denied the existence of supernatural beings, like gods and ghosts), but he found profound meaning in literary writings and in religious ideas and texts (which he regarded as fundamentally akin to literature). Santayana was a broad ranging cultural critic whose observations spanned many disciplines. He said that he stood in philosophy "exactly where [he stood] in daily life."

If you enjoy these quotes, be sure to check out other famous philosophers! More George Santayana on Wikipedia.

Science is nothing but developed perception, interpreted intent, common sense rounded out and minutely articulated.

Our character...is an omen of our destiny, and the more integrity we have and keep, the simpler and nobler that destiny is likely to be. 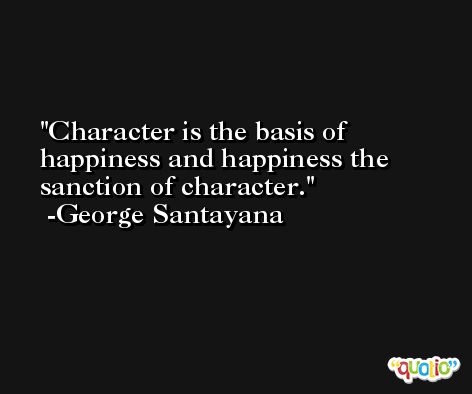 Music is a means of giving form to our inner feelings, without attaching them to events or objects in the world.

Music is essentially useless, as life is: but both have an ideal extension which lends utility to its conditions. 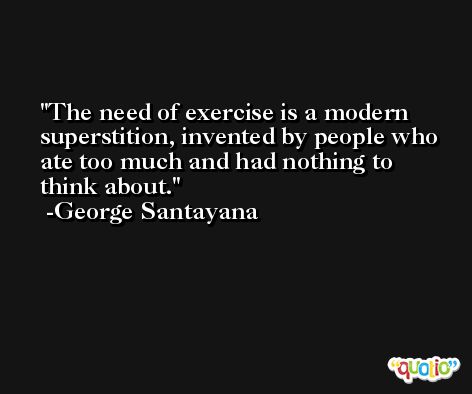 America is the greatest of opportunities and the worst of influences.

Those who cannot remember the past are condemned to repeat it. 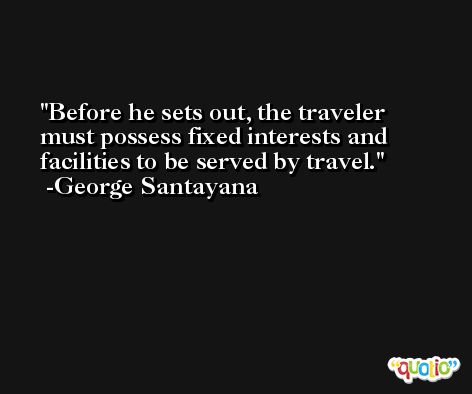 My atheism, like that of Spinoza, is true piety towards the universe and denies only gods fashioned by men in their own image, to be servants of their human interests. 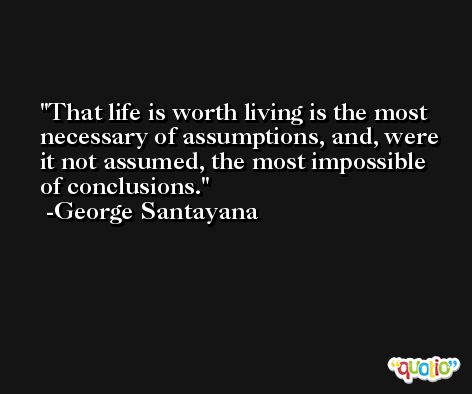 Before you contradict an old man, my fair friend, you should endeavor to understand him.

Skepticism is the chastity of the intellect, and it is shameful to surrender it too soon or to the first comer: there is nobility in preserving it coolly and proudly through long youth, until at last, in the ripeness of instinct and discretion, it can be safely exchanged for fidelity and happiness. 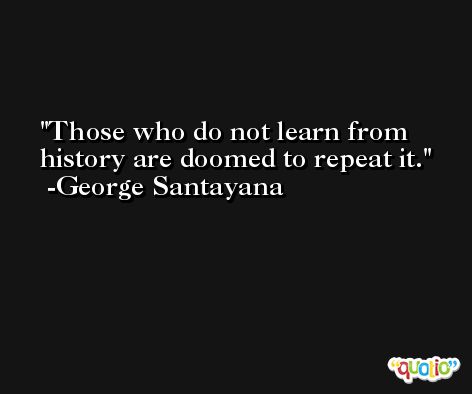 America is a young country with an old mentality.

The wisest mind has something yet to learn. 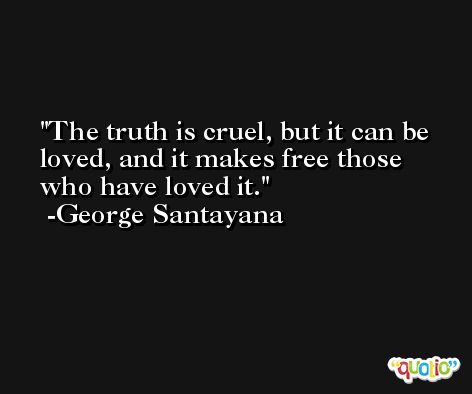 A child only educated at school is an uneducated child.

Sanity is a madness put to good use. 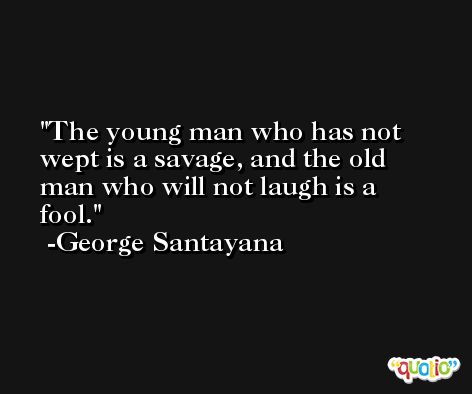 The degree in which a poet's imagination dominates reality is, in the end, the exact measure of his importance and dignity. 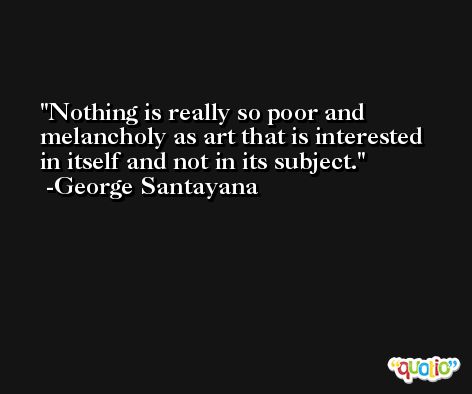 An artist is a dreamer consenting to dream of the actual world.

For an idea ever to be fashionable is ominous, since it must afterwards be always old-fashioned. 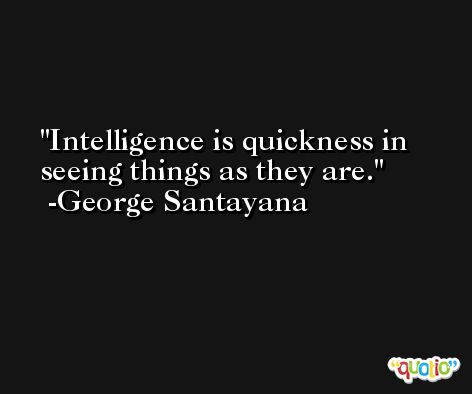 Why shouldn't things be largely absurd, futile, and transitory? They are so, and we are so, and they and we go very well together.

To be interested in the changing seasons is a happier state of mind than to be hopelessly in love with spring. 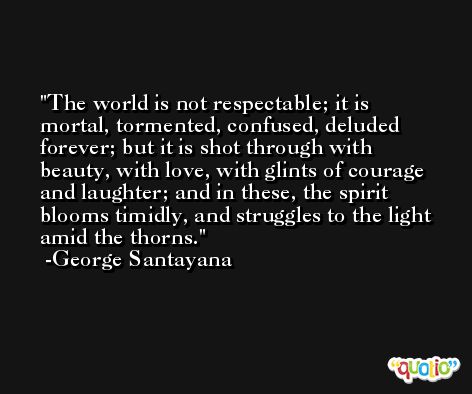