"George Jean Nathan" was an United States/American drama critic and Magazine editor/editor. He worked closely with H.L. Mencken, bringing the literary magazine The Smart Set to prominence as an editor, and co-founding and editing The American Mercury and The American Spectator.

If you enjoy these quotes, be sure to check out other famous editors! More George Jean Nathan on Wikipedia.

Patriotism is often an arbitrary veneration of real estate above principles.

To speak of morals in art is to speak of legislature in sex. Art is the sex of the imagination. 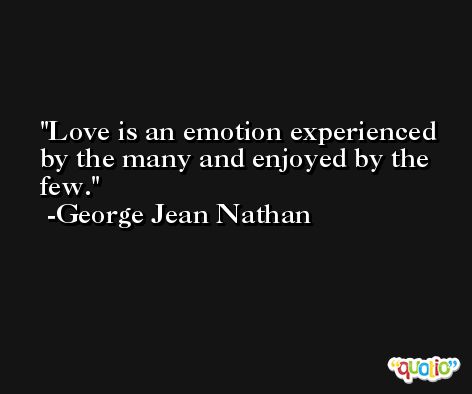 Bad officials are elected by good citizens who do not vote.

No man thinks clearly when his fists are clenched. 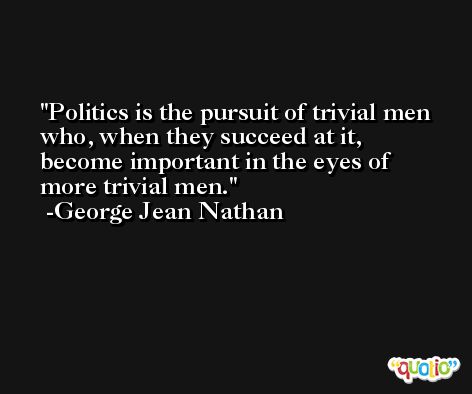 Love is the emotion that a woman feels always for a poodle dog and sometimes for a man.

I know many married men, I even know a few happily married men, but I don't know one who wouldn't fall down the first open coal hole running after the first pretty girl who gave him a wink. 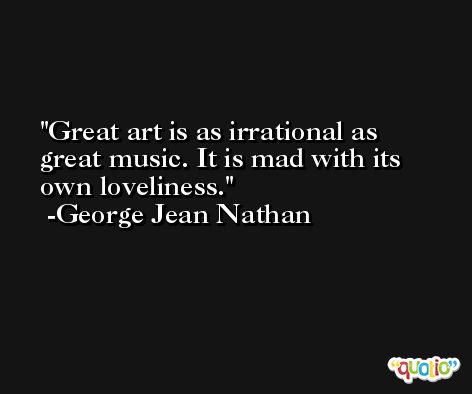 Marriage is based on the theory that when man discovers a brand of beer exactly to his taste he should at once throw up his job and go work in the brewery.

I only drink to make other people seem interesting.