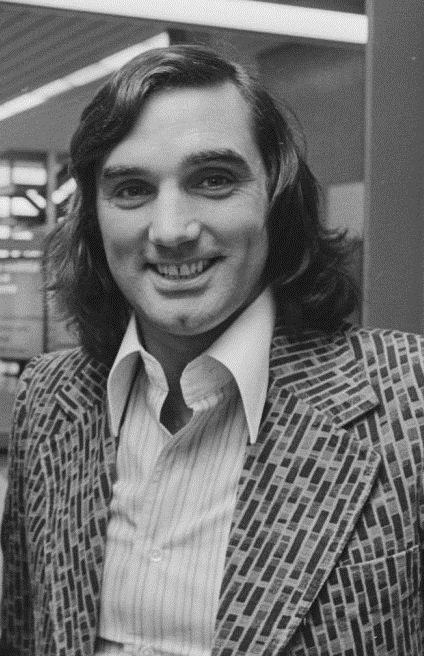 Born and brought up in Belfast, Best began his club career in England with Manchester United, with the scout who had spotted his talent at the age of 15 sending a telegram to manager Matt Busby which read: "I think I've found you a genius." He went on to see success with United, scoring 179 goals from 470 appearances over 11 years, and was the club's List of Manchester United F.C. seasons#Seasons/top goalscorer in the league for five consecutive seasons.

If you enjoy these quotes, be sure to check out other famous athletes! More George Best on Wikipedia.

I've stopped drinking, but only while I'm asleep. 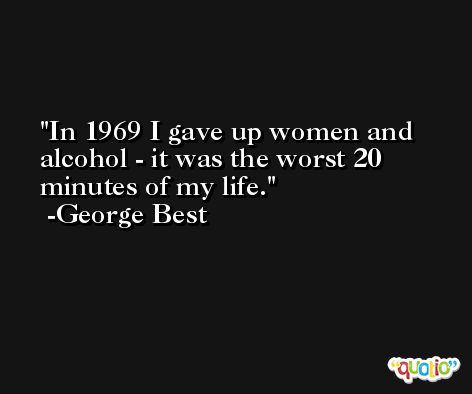 Drifting in and out of consciousness.

It was shown on BBC Two television the first time on a Monday or Tuesday night, and seven hours afterwards fans jammed the switchboard at the BBC asking where they could get a copy of the record. 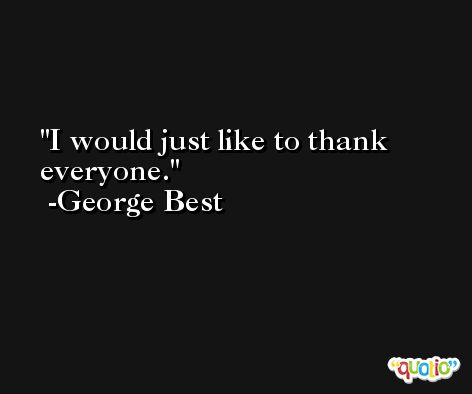 For me Owen is better than Beckham.

That's what children do - throw food. That's not fighting. We were real men. We'd have chinned them. 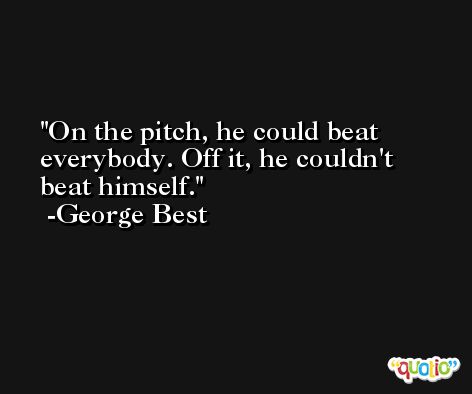 I spent a lot of money on booze, birds and fast cars. The rest I just squandered. 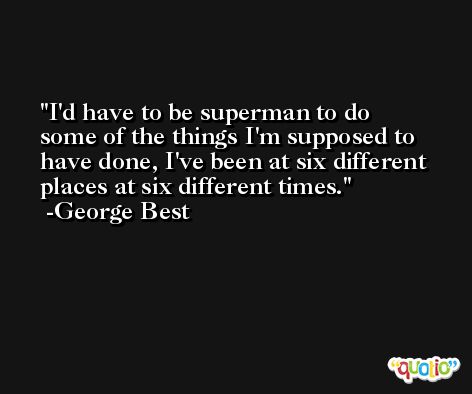 He can't kick with his left foot, he can't tackle, he can't head the ball and he doesn't score many goals. Apart from that, he's all right.

I once said Gazza's IQ was less than his shirt number and he asked me: 'What's an IQ?' 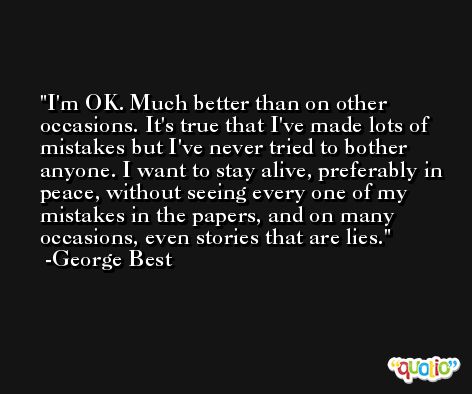