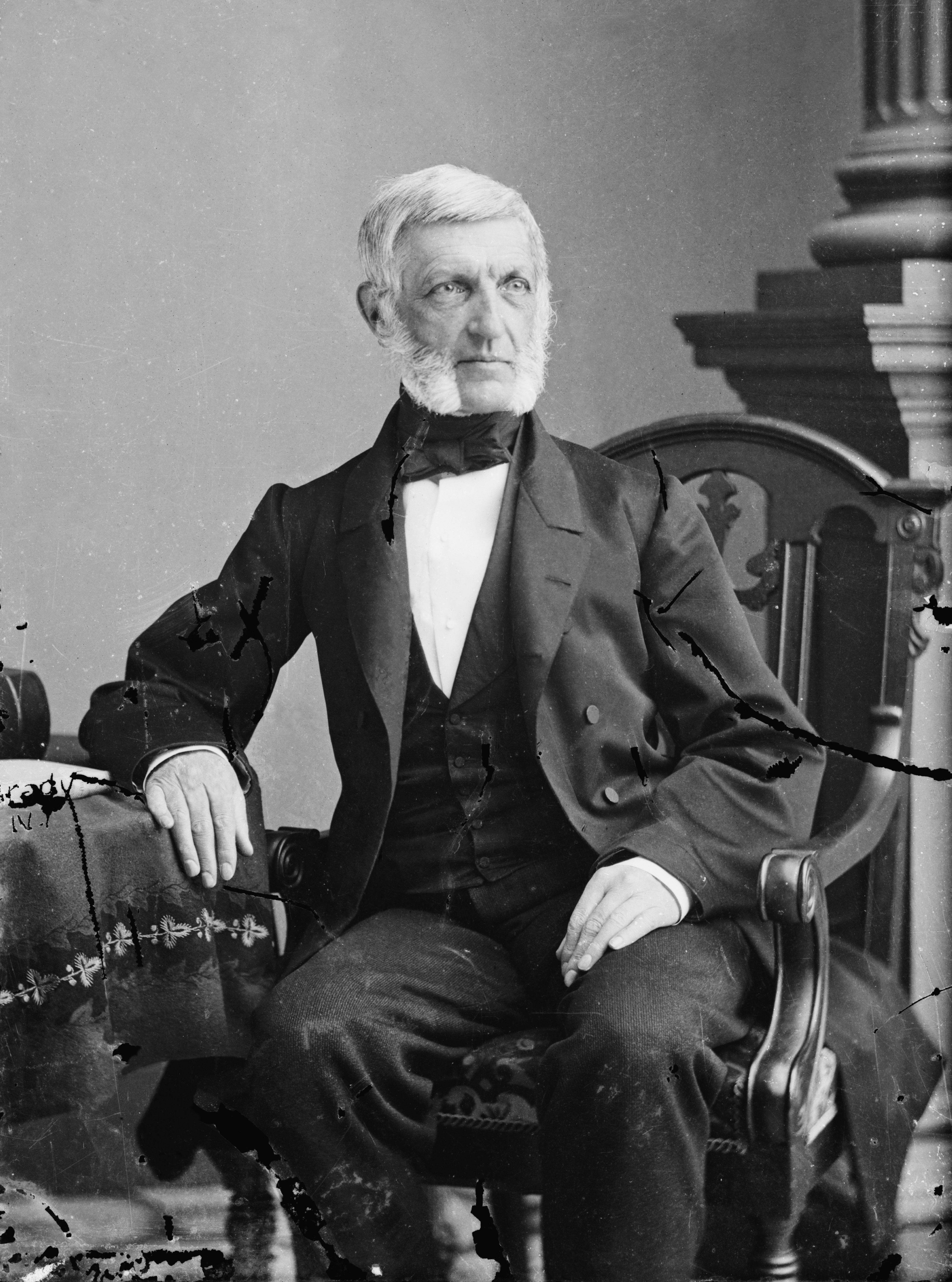 "George Bancroft" was an American historian and statesman who was prominent in promoting secondary education both in his home state and at the national level. During his tenure as U.S. Secretary of the Navy, he established the United States Naval Academy at Annapolis in 1845. He was a senior American diplomat in Europe. Among his best-known writings is the magisterial series, History of the United States, from the Discovery of the American Continent.

If you enjoy these quotes, be sure to check out other famous historians! More George Bancroft on Wikipedia.

Truth is not exciting enough to those who depend on the characters and lives of their neighbors for all their amusement.

The exact measure of the progress of civilization is the degree in which the intelligence of the common mind has prevailed over wealth and brute force. 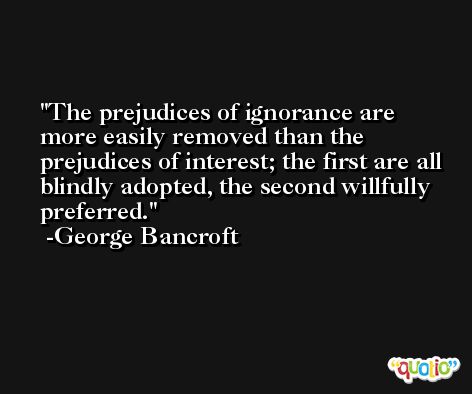 Avarice is the vice of declining years.

Dishonesty is so grasping it would deceive God himself, were it possible. 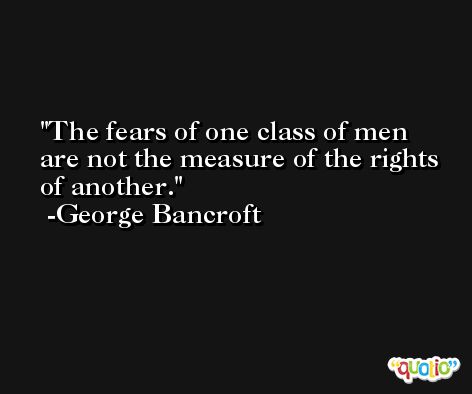 Where the people possess no authority, their rights obtain no respect.