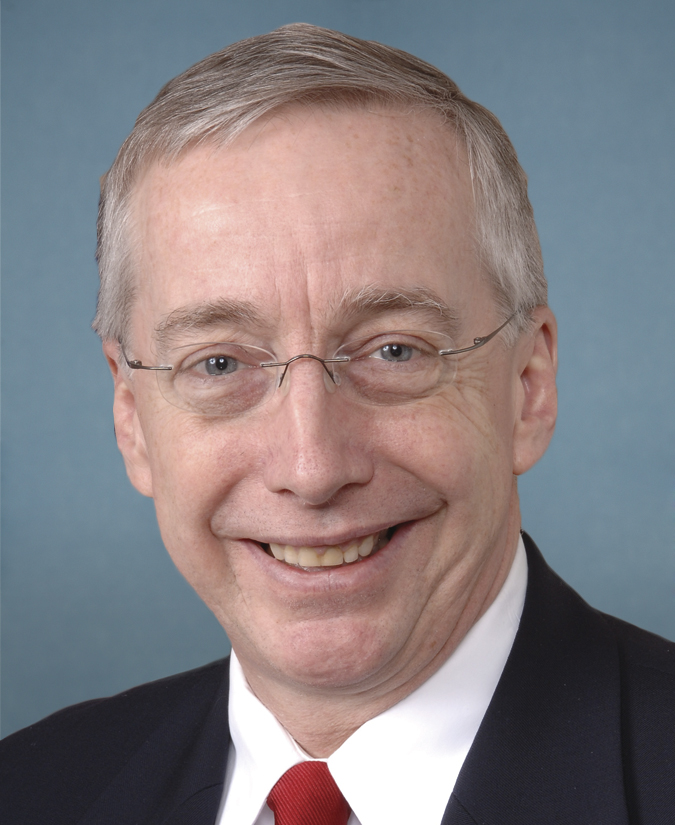 "Geoffrey C. "Geoff" Davis" is a former United States House of Representatives/U.S. Representative for , serving from 2005 to 2012. He is a member of the United States Republican Party/Republican Party. The district includes 24 counties in the northeastern part of the state, stretching from the fringes of the Louisville, Kentucky/Louisville area to the West Virginia border. Most of its vote, however, is cast in the counties bordering Cincinnati. On December 15, 2011, Davis announced he would not seek reelection in United States elections, 2012/2012. On July 31, 2012, he announced his resignation from Congress effective immediately.

If you enjoy these quotes, be sure to check out other famous politicians! More Geoff Davis on Wikipedia.

It's mostly been a fun project. But I've also heard from Korea scholars and people at think tanks who say it's a useful research tool.

What I want to do is create more taxpayers, not more taxes. 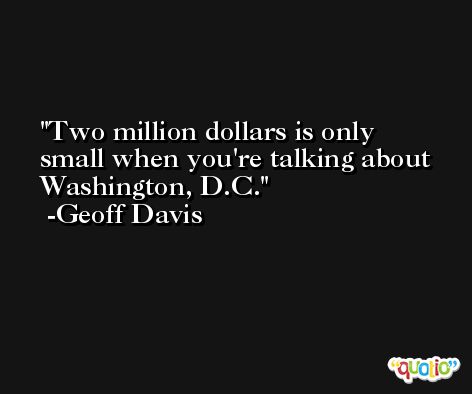 Our all-volunteer force continues to prove itself with a great level of professionalism, personal commitment and a technical competence that is quite remarkable.

It's a window into an extremely bizarre world. 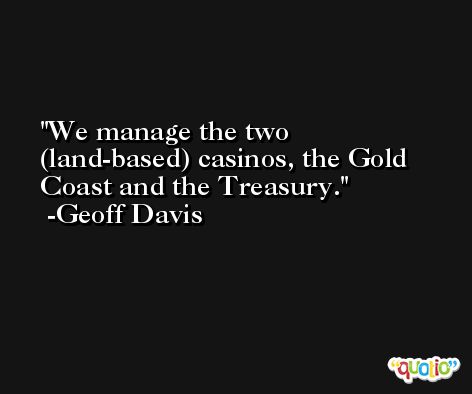 The executive Committee should do what it feels is necessary to continue leading a strong, unified Republican Party in Kentucky. We will support their decision.

You know that I am living proof that the American Dream is real. Growing up, our congressman cut through government bureaucratic red tape to help my mom buy our first house. That's the kind of congressman I'll be. 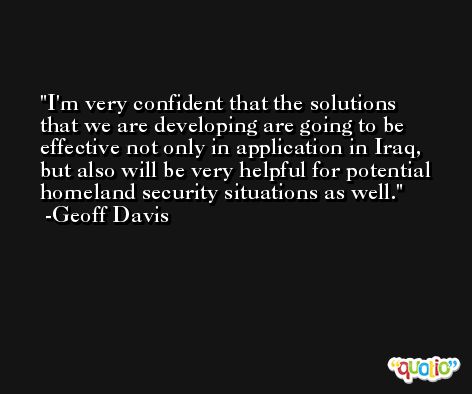