"Gene Williams" is a former NFL Guard (American football)/guard who played nine seasons in the NFL from 1991–1999. He started in Super Bowl XXXIII for the Atlanta Falcons. He played his high school football at Creighton Preparatory School in Omaha NE. His team went undefeated and won the Class A state title his senior year.

It was our first experience with something like this, and it was an eye-opener to us all. The first thing you say is that they shouldn't be here in the first place. That isn't the case. The big lesson is that people come to this country like our forefathers did trying to improve themselves ... then they get taken advantage of.

The world is a very muddled place, but there's really very little of this going on now, much less than most people think. 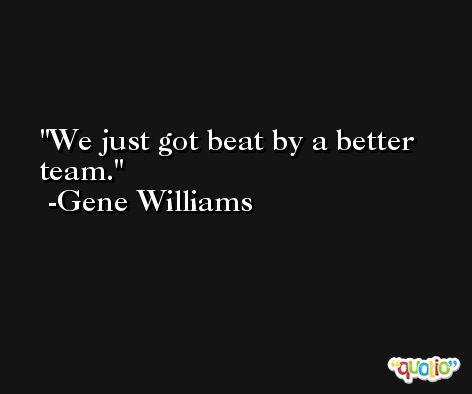