"Garry Kimovich Kasparov" is a Russian Federation/Russian (formerly Soviet Union/Soviet) chess International Grandmaster/Grandmaster, former World Chess Champion, writer, and political activist, considered by many to be the Comparison of top chess players throughout history/greatest chess player of all time."Most experts place [Bobby Fischer] the second or third best ever, behind Kasparov but probably ahead of Anatoly Karpov/Karpov." – [http://www.guardian.co.uk/obituaries/story/0,,2243266,00.html Obituary of Bobby Fischer], Leonard Barden, The Guardian, 19 January 2008 From 1986 until his retirement in 2005, Kasparov was ranked world No. 1 for 225 out of 228 months. His peak Elo rating system/rating of 2851, achieved in 1999, was the highest recorded until 2013. Kasparov also #Other records/holds records for consecutive professional tournament victories (15) and Chess Oscars (11).

We have a new, real world champion here today.

All women are inferior to men. 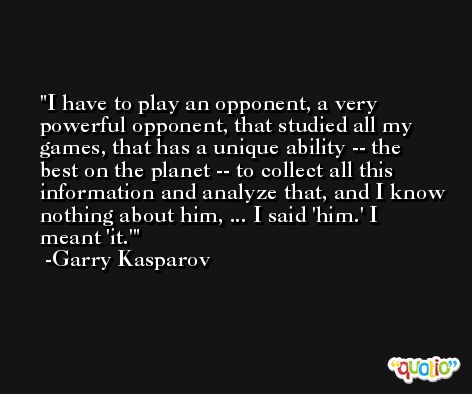 I feel that my chess strengths are still here, ... I believe I can still improve.

The scale of the man to whom we are bidding farewell today in no way corresponds to the paltry scale of today's authorities. 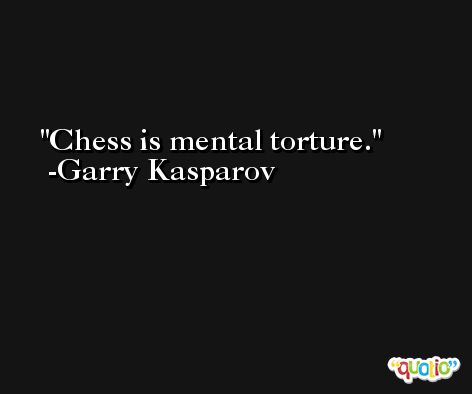 It was nothing to do about science, ... It was one zeal to beat Garry Kasparov. And when a big corporation with unlimited resources would like to do so, there are many ways to achieve the result.

I am lucky, ... that the popular sport in the Soviet Union was chess and not baseball. 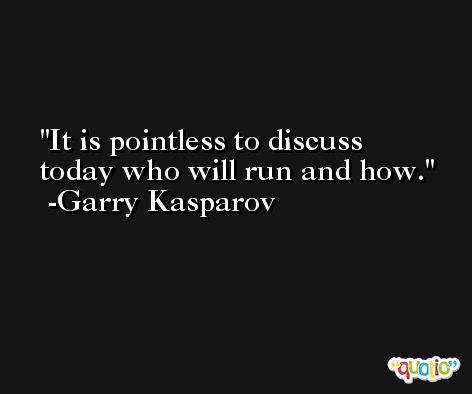