Knebel was born in Dayton, Ohio, but relocated a number of times during his youth. He graduated from high school in Yonkers, New York, spent a year studying at the University of Paris and graduated from Miami University in Oxford, Ohio during 1934. Upon graduation, he received a job offer from the newspaper Coatesville Record of Coatesville, Pennsylvania. He spent the next 20 years working for newspapers, eventually becoming the political columnist for Cowles Publications. From 1951 to 1964, he satirized national politics and government in a nationally published column named "Potomac Fever".

During 1960, he wrote a chapter on John F. Kennedy for the book Candidates 1960. This seemed to begin a passion for writing books and he began authoring book-length works. He wrote fifteen books, most of them fiction, and all of them dealing with politics. His best-known novel is Seven Days in May (novel)/Seven Days in May (1962, co-authored with Charles W. Bailey), about an attempted military coup in the United States. The book was a great success, scoring number one on the New York Times bestseller list for almost a year, and was made into a successful movie also named Seven Days in May during 1964.

If you enjoy these quotes, be sure to check out other famous writers! More Fletcher Knebel on Wikipedia.

Smoking is one of the leading causes of statistics.

The convention is the voice, the bone and the sinews of a political party-and sometimes it even nominates an Abraham Lincoln. 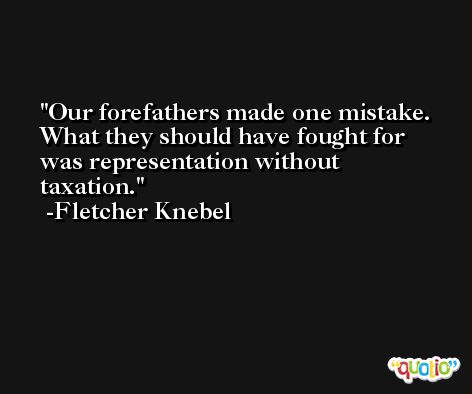 A decision is what a man makes when he can't find anybody to serve on a committee.

No other city in the U.S. can divest the visitor of so much money with so little enthusiasm. In Dallas, they take away with gusto; in New Orleans, with a bow; in San Francisco, with a wink and a grin. In New York, you're lucky if you get a grunt. 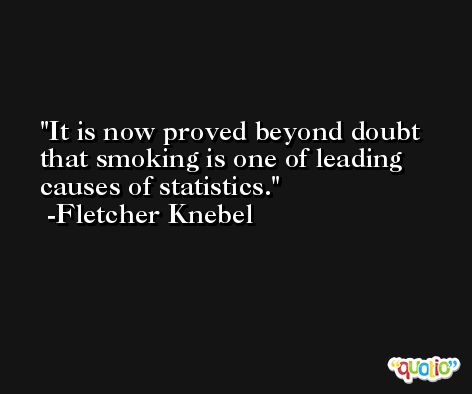