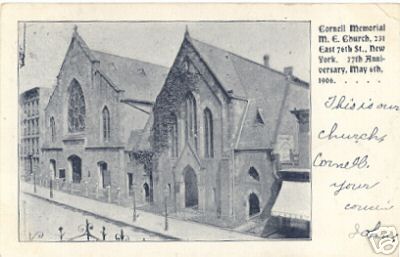 "Frances Jane van Alstyne", more commonly known as "Fanny Crosby", was an American mission worker, poet, lyricist, and composer. A member of the Sixth Avenue Bible Baptist Church in Brooklyn, New York, she wrote many hymns together with her pastor, Robert Lowry. She was one of the most prolific hymnists in history, writing over 8,000 hymns and gospel songs,One source indicates at least 8,440. See Armin Haeussler, The Story of Our Hymns: The Handbook to the Hymnal of the Evangelical and Reformed Church, 3rd. ed. (General Synod of the Evangelical and Reformed Church by Eden Pub. House, 1954), p. 613. with over 100 million copies printed, despite being blind from shortly after birth. She is also known for her teaching, and her rescue mission work. By the end of the 19th century, she was "a household name".

If you enjoy these quotes, be sure to check out other famous musicians! More Fanny Crosby on Wikipedia.

The angel of mercy, the child of love, together had flown to the realms above.

When I get to heaven, the first face that shall ever gladden my sight will be that of my Savior. 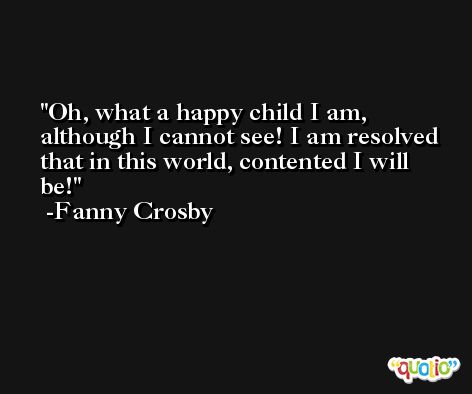 Can ye fathom the ocean, dark and deep, where the mighty waves and the grandeur sweep?

Chords that were broken will vibrate once more.