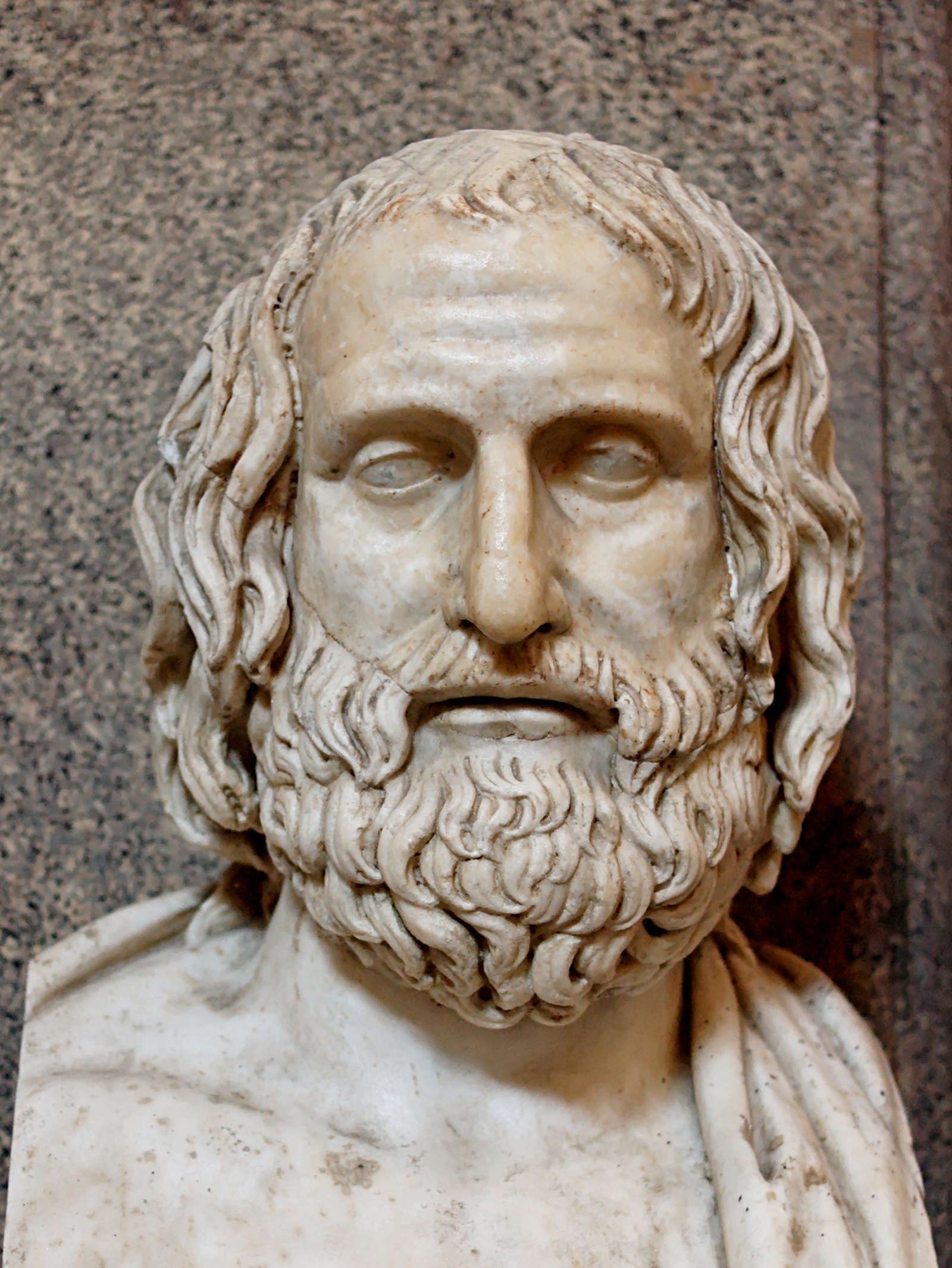 "Euripides" (c. 480 – 406 BC) was one of the three great tragedy/tragedians of classical Athens, the other two being Aeschylus and Sophocles. Some ancient scholars attributed ninety-five plays to him but according to the Suda it was ninety-two at most. Of these, eighteen or nineteen have survived more or less complete (there has been debate about his authorship of Rhesus (play)/Rhesus, largely on stylistic grounds) and there are also fragments, some substantial, of most of the other plays. More of his plays have survived intact than those of Aeschylus and Sophocles together, partly due to mere chance and partly because his popularity grew as theirs declinedhe became, in the Hellenistic Age, a cornerstone of ancient literary education, along with Homer, Demosthenes and Menander.

If you enjoy these quotes, be sure to check out other famous poets! More Euripides on Wikipedia.

What greater grief than the loss of one's native land. 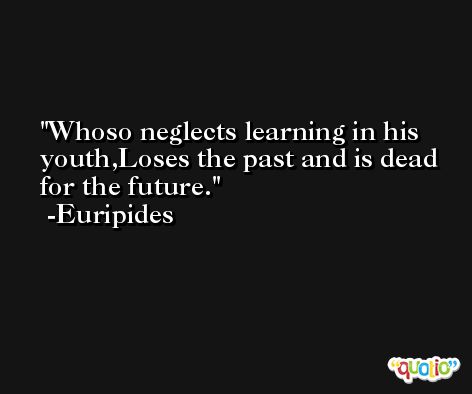 Slow but sure moves the might of the gods.

Every man is like the company he is won't to keep. 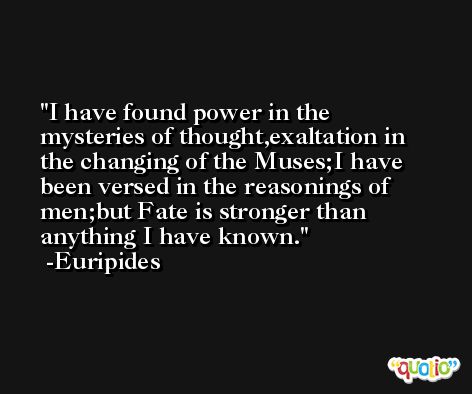 Never say that marriage has more of joy than pain. 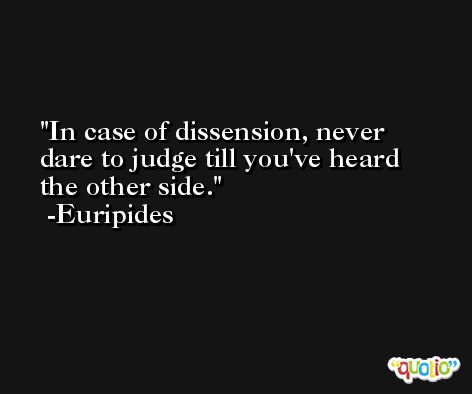 Chance fights ever on the side of the prudent.

Your very silence shows you agree. 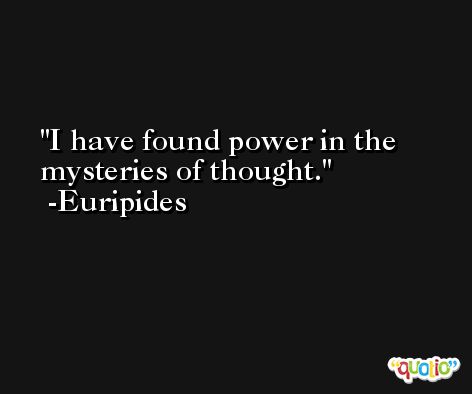 There is no benefit in the gifts of a bad man.

Time will explain it all. He is a talker, and needs no questioning before he speaks. 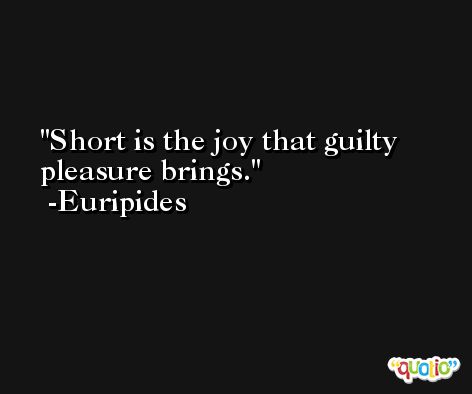 Light be the earth upon you, lightly rest.

A coward turns away, but a brave man's choice is danger. 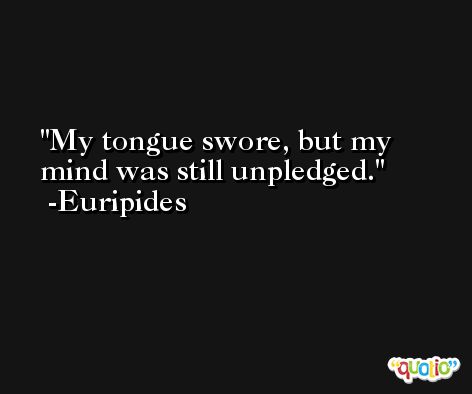 Slight not what's near, while aiming at what's far. 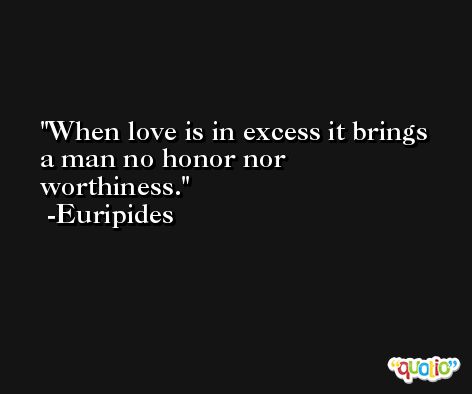 When good men die their goodness does not perish,But lives though they are gone. As for the bad,All that was theirs dies and is buried with them.

Love is all we have, the only way that each can help the other. 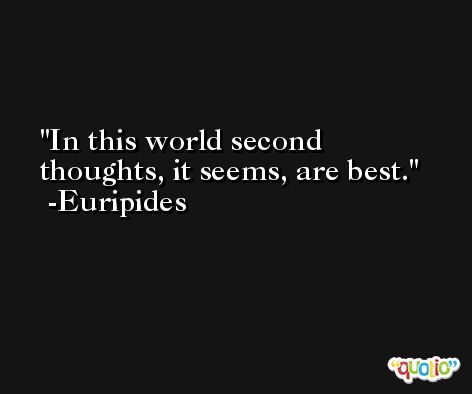 The gods visit the sins of the fathers upon the children. 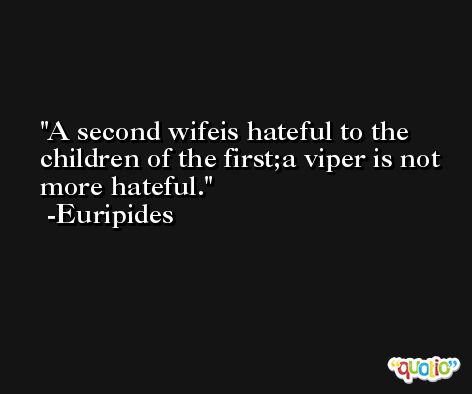 I know indeed what evil I intend to do,but stronger than all my afterthoughts is my fury,fury that brings upon mortals the greatest evils.

The best and safest thing is to keep a balance in your life, acknowledge the great powers around us and in us. If you can do that, and live that way, you are really a wise man. 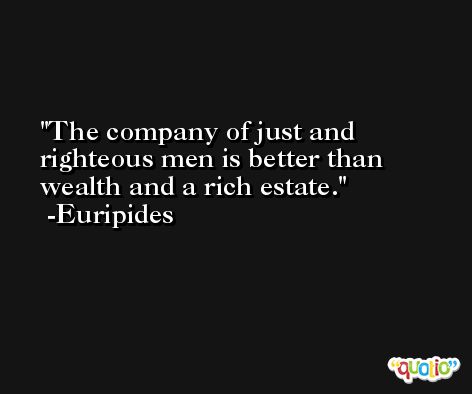