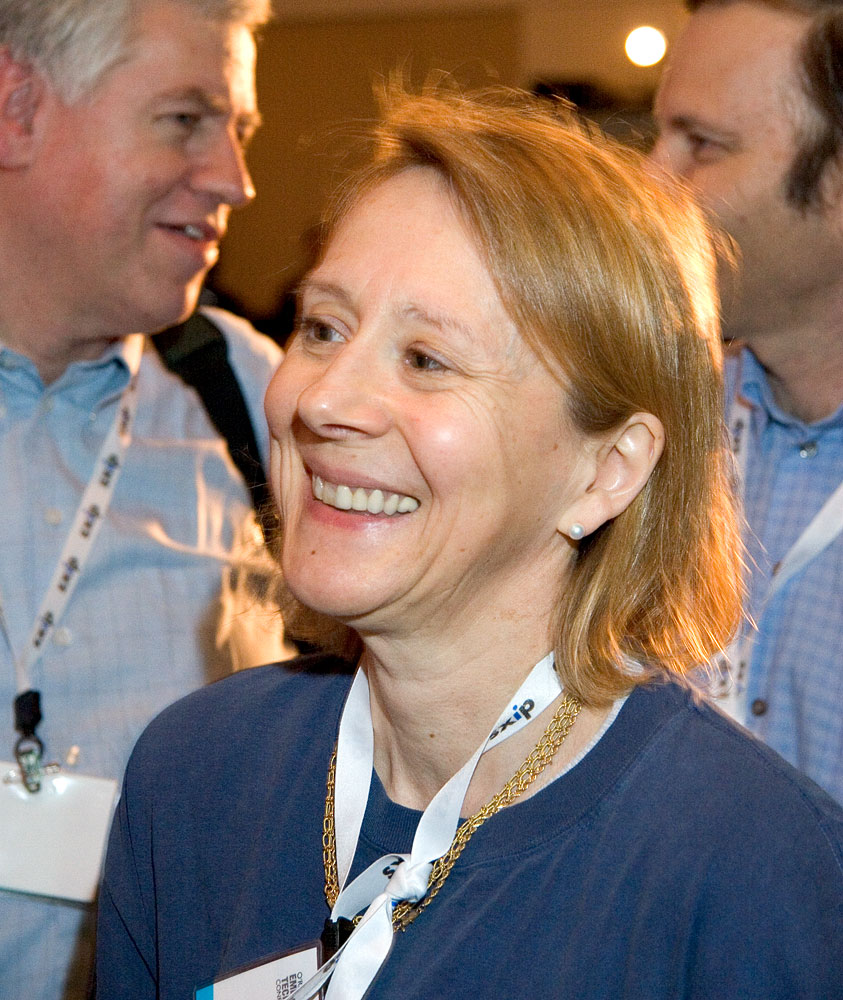 "Esther Dyson" is a former journalist and Wall Street technology analyst who is a leading angel investor, philanthropist, and commentator focused on breakthrough efficacy in healthcare, government transparency, digital technology, biotechnology, and space.

She recently founded [http://www.HICCup.co HICCup], which just launched its Way to Wellville contest of five places, five years, five metrics. Hiccup.co [http://hiccup.co/news/blog/the-way-to-wellville-the-journey-begins/ blog] . Dyson is currently focusing her career on production of health and continues to invest in health and technology startups.

On 7 October 2008, Space Adventures announced that Dyson had paid to train as a back-up spaceflight participant for Charles Simonyi's trip to the International Space Station aboard the Soyuz TMA-14 mission which took place in 2009.

If you enjoy these quotes, be sure to check out other famous scientists! More Esther Dyson on Wikipedia.

Few influential people involved with the Internet claim that it is a good in and of itself. It is a powerful tool for solving social problems, just as it is a tool for making money, finding lost relatives, receiving medical advice, or, come to that, trading instructions for making bombs. 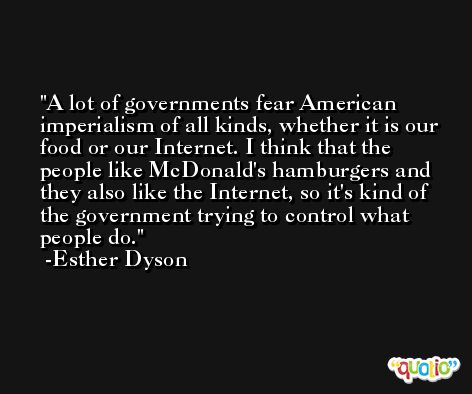 There are also computers with Windows that stick.

The simple truth is that it will get better, but it won't go back to being what we thought was normal before, ... That was nutty. 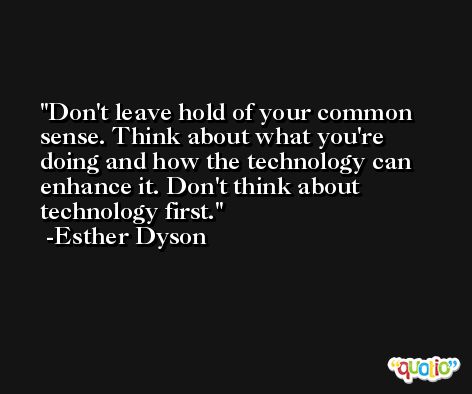 Who? What? Where? Data Comes Alive.

The internet has many fathers but he's one of the main ones. He's an evangelist to the internet community and the technical community. 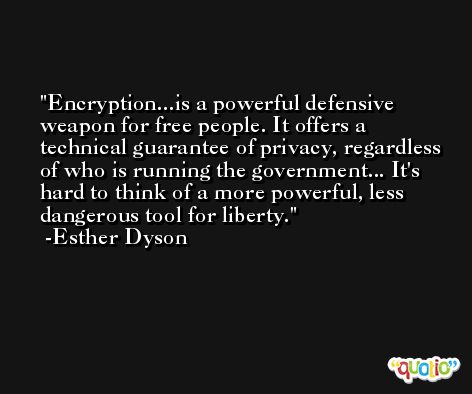 We're trying to reach out to users - not just from start-ups, but also the corporate types.