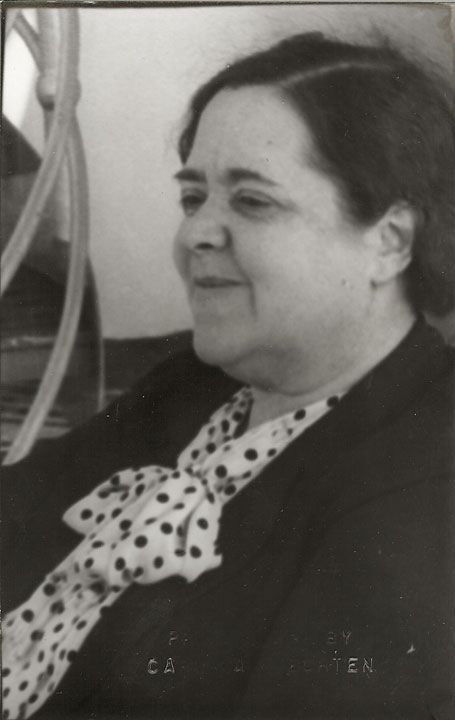 "Elsa Maxwell" was an American gossip columnist and author, songwriter, and professional hostess renowned for her parties for royalty and high society figures of her day.

Maxwell is credited with the introduction of the scavenger hunt and Treasure hunt (game)/treasure hunt for use as party games in the modern era. Her radio program, Elsa Maxwell’s Party Line, began in 1942; she also wrote a syndicated gossip column. She appeared as herself in the films Stage Door Canteen (1943) and Rhapsody in Blue (film)/Rhapsody in Blue (1945), as well as co-starring in the film Hotel for Women (1939), for which she wrote the screenplay and a song.

If you enjoy these quotes, be sure to check out other famous writers! More Elsa Maxwell on Wikipedia.

Laugh at yourself first, before anyone else can.

Someone said that life is a party. You join in after it's started and leave before it's finished. 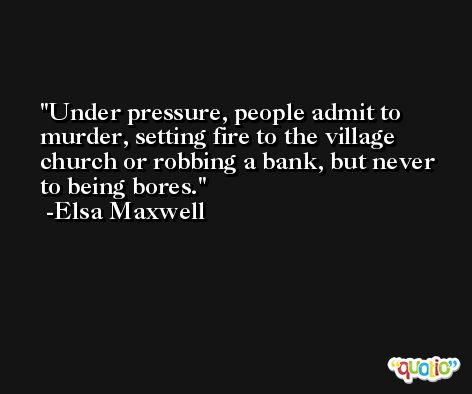 I make enemies deliberately. They are the sauce piquante to my dish of life.

Bores put you in a mental cemetery while you are still walking. 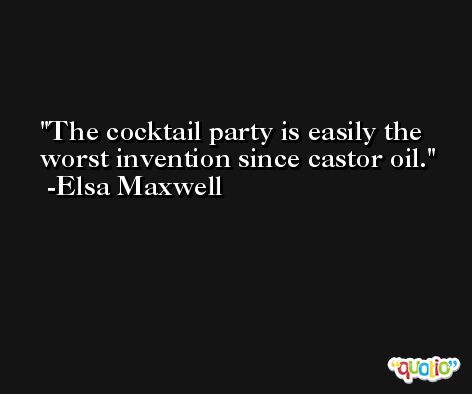 A bore is a vacuum cleaner of society, sucking up everything and giving nothing. Bores are always eager to be seen talking to you.

I don't hate anyone. I dislike. But my dislike is the equivalent of anyone else's hate. 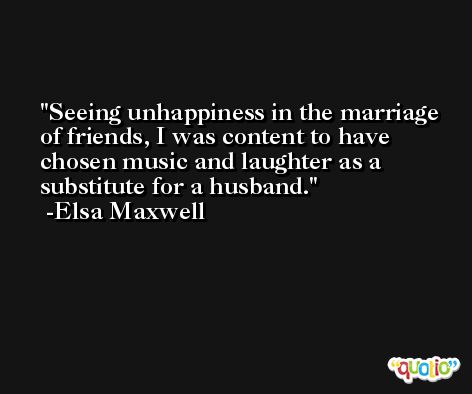