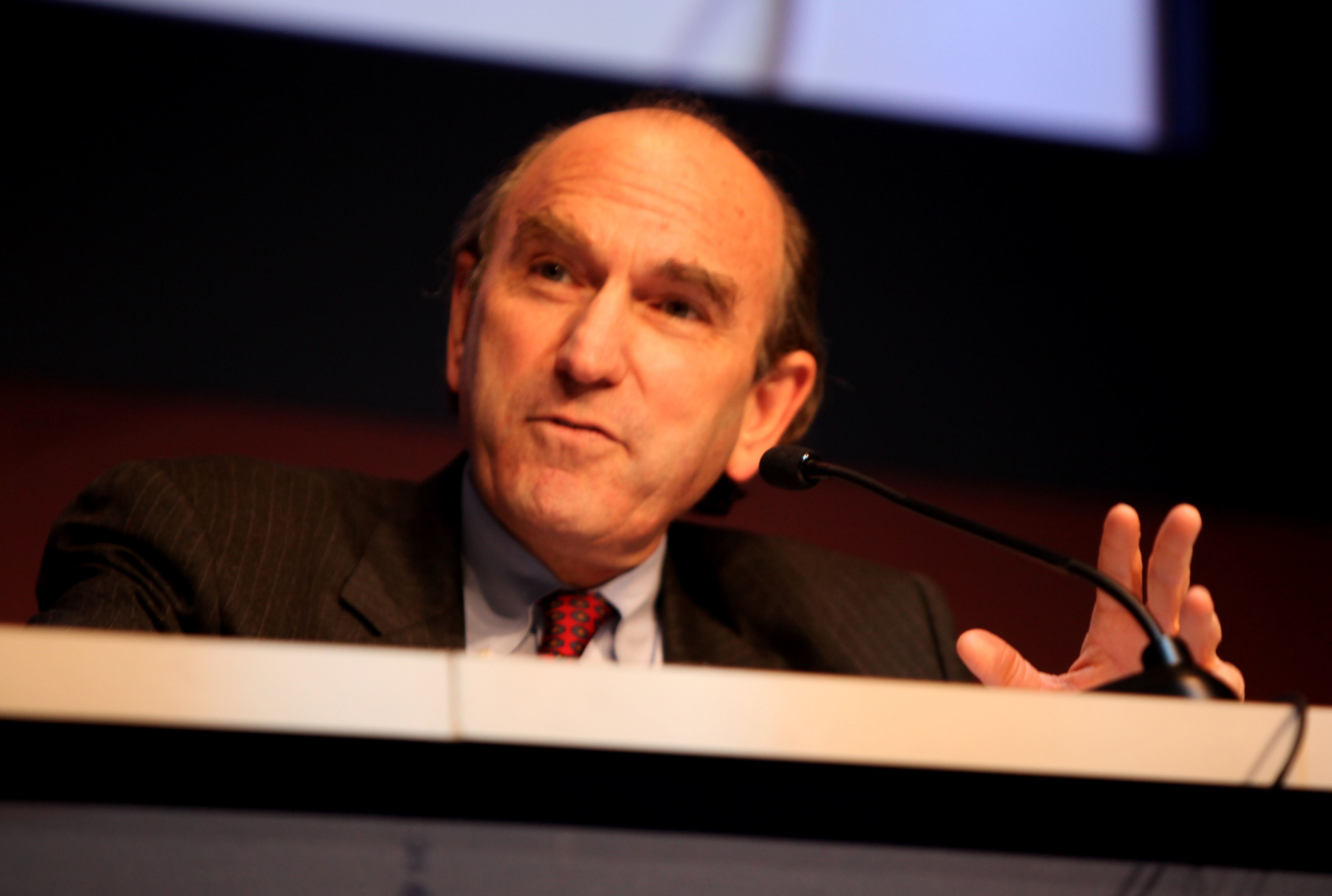 "Elliott Abrams" is an United States/American diplomat, lawyer and political scientist who served in foreign policy positions for President of the United States/U.S. Presidents, Ronald Reagan and George W. Bush. While serving for Reagan, Abrams and retired U.S. Marine Corps officer Oliver North were integral players in the Iran-Contra affair.

He is currently a senior fellow for Middle Eastern studies at the Council on Foreign Relations. Additionally, Abrams holds positions on the Committee for Peace and Security in the Gulf (CPSG), Center for Security Policy & National Secretary Advisory Council, Committee for a Free Lebanon, and the Project for the New American Century. He also was the president of the Ethics and Public Policy Center in Washington in 1996. Abrams is a current member of the U.S. Holocaust Memorial Council and teaches foreign policy at Georgetown University as well as maintaining a CFR blog called "Pressure Points" about the U.S. foreign policy and human rights. In February 2014, Abrams, a commissioner of the U.S. Commission on International Religious Freedom, gave testimony before a House congressional committee that Christians globally are the most persecuted of the world religions.

If you enjoy these quotes, be sure to check out other famous lawyers! More Elliott Abrams on Wikipedia.

There isn't any way for the people of Nicaragua to find out what's going on in Nicaragua.