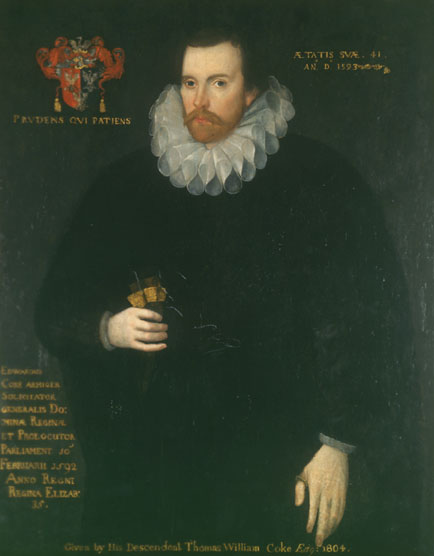 "Edward Coke" Serjeant-at-Law/SL Privy Council of England/PC ( ("cook"), formerly ; 1 February 1552 – 3 September 1634) was an English barrister, judge and, later, opposition politician, who is considered to be the greatest jurist of the Elizabethan era/Elizabethan and Jacobean era/Jacobean eras. Born into a middle-class family, Coke was educated at Trinity College, Cambridge before leaving to study at the Inner Temple, where he was called to the Bar on 20 April 1578. As a barrister he took part in several notable cases, including Slade's Case, before earning enough political favour to be elected to Parliament, where he served first as Solicitor General for England and Wales/Solicitor General and then as Speaker of the House of Commons (United Kingdom)/Speaker of the House of Commons. Following a promotion to Attorney General for England and Wales/Attorney General he led the prosecution in several notable cases, including those against Robert Devereux, 2nd Earl of Essex/Robert Devereux, Walter Raleigh/Sir Walter Raleigh and the Gunpowder Plot conspirators. As a reward for his services he was first knighted and then made Chief Justice of the Common Pleas.

If you enjoy these quotes, be sure to check out other famous businessmen! More Edward Coke on Wikipedia.

Certainty is the mother of quiet and repose, and uncertainty the cause of variance and contentions.

The home to everyone is to him his castle and fortress, as well for his defence against injury and violence, as for his repose. 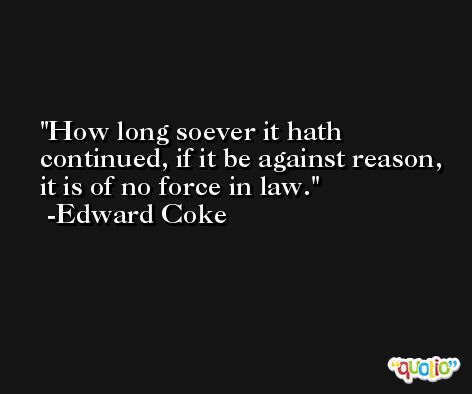 Those who consent to the act and those who do it shall be equally punished.

Magna Charta is such a fellow, that he will have no sovereign. 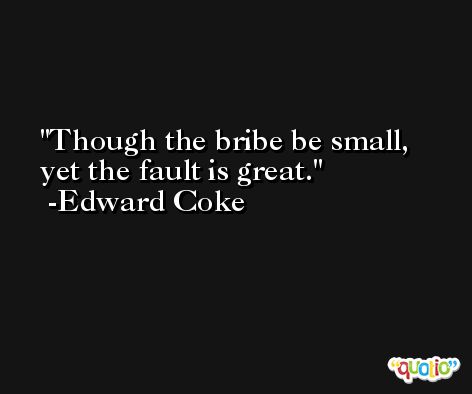 I saw nothing but waters wap [lap] and waves wanne [come].

Everyone thirsteth after gaine. 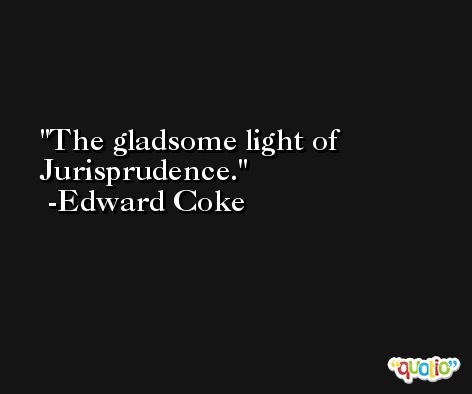