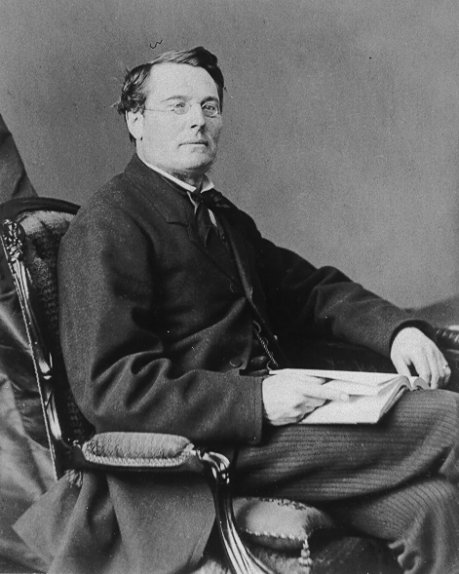 "Dominick Edward Blake", Queen's Privy Council for Canada/PC, Queen's Counsel/QC, known as "Edward Blake", was the List of premiers of Ontario/second Premier of Ontario, Canada, from 1871 to 1872 and leader of the Liberal Party of Canada from 1880 to 1887. He is one of only three federal permanent Liberal leaders never to become Prime Minister of Canada, the others being Stéphane Dion and the latter's immediate successor Michael Ignatieff. He may be said to have served in the national politics of what developed as the affairs of three nationalities: Canadian, British, and Irish. Blake was also the founder, in 1856, of the Canadian law firm now known as Blake, Cassels & Graydon/Blake, Cassels & Graydon LLP.

If you enjoy these quotes, be sure to check out other famous politicians! More Edward Blake on Wikipedia.

I may err in judgment, but I hope not in intention.

As far as I can judge, not much good can be done without disturbing something or somebody. 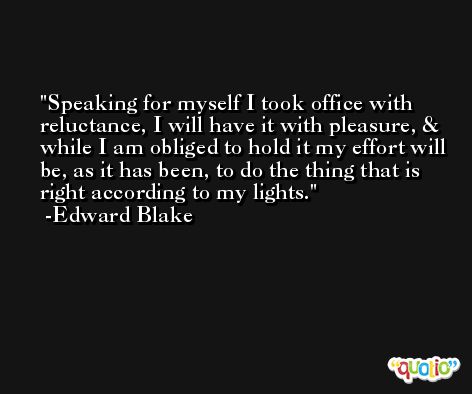 The accumulation of personal wealth and the extension of commercial transactions have developed a great and lamentable increase in certain classes of crimes, while the improvements in transport have largely facilitated the escape of fugitive criminals.